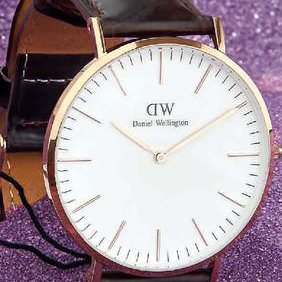 Daniel Wellington will make about $220 million this year selling Chinese timepieces that go with everything - but look like nothing.

It began, unlike many watches, with the strap. In 2006, Filip Tysander was backpacking through Australia when he met a wanderer named Daniel Wellington. This was back before everybody had a smartphone, when people still wore a watch to tell time. Wellington’s stood out for its bracelet—a minimalist black-and-gray nylon band, known as a NATO strap, securing a chunky Rolex Submariner to his wrist. After a few more chance encounters with Wellington between Melbourne and Cairns, Tysander became obsessed with the military inflected accessory. So much so that he went home to Uppsala, Sweden, and built a whole company on the idea, naming it after the stranger who inspired him.

Daniel Wellington, or DW as the company is often abbreviated, makes watches that are both instantly recognizable and so generic they verge on invisible. They come with polished-steel or rose-gold-colored cases, in five sizes from a diminutive 26-millimeter to a medium-large 40mm. The dials are all white, with slim lines marking each hour and hands just wide enough to be legible. The only thing that noticeably sets DWs apart from each other is the strap, which comes in a halfdozen colorful nylons and a few leather options, none flashy enough to mar the luxurious look. With a watch, you often pay extra for minimalism—think A. Lange & Söhne or Piaget—but DWs are cheap, running from $149 to $299.

“Our watches are inspired by the upper echelons of the watch world but at a very accessible price point,” says Frans Sjo, business manager for the U.S. “It’s fair to say that we want everyone to be able to own a Daniel Wellington.” Four years ago, Tysander invested $15,000 to start the company. In 2014 it sold more than a million timepieces and took in $70 million. This year, Tysander projects $220 million in revenue. By comparison, Rolex, which sells $5,000-plus watches, and Tag Heuer, which focuses on $1,000 ones, consider it a good year if they sell a million units. 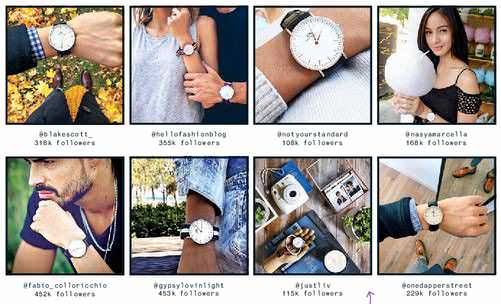