SOMETHING YOU SHOULD KNOW! GUNNAR PETERSON 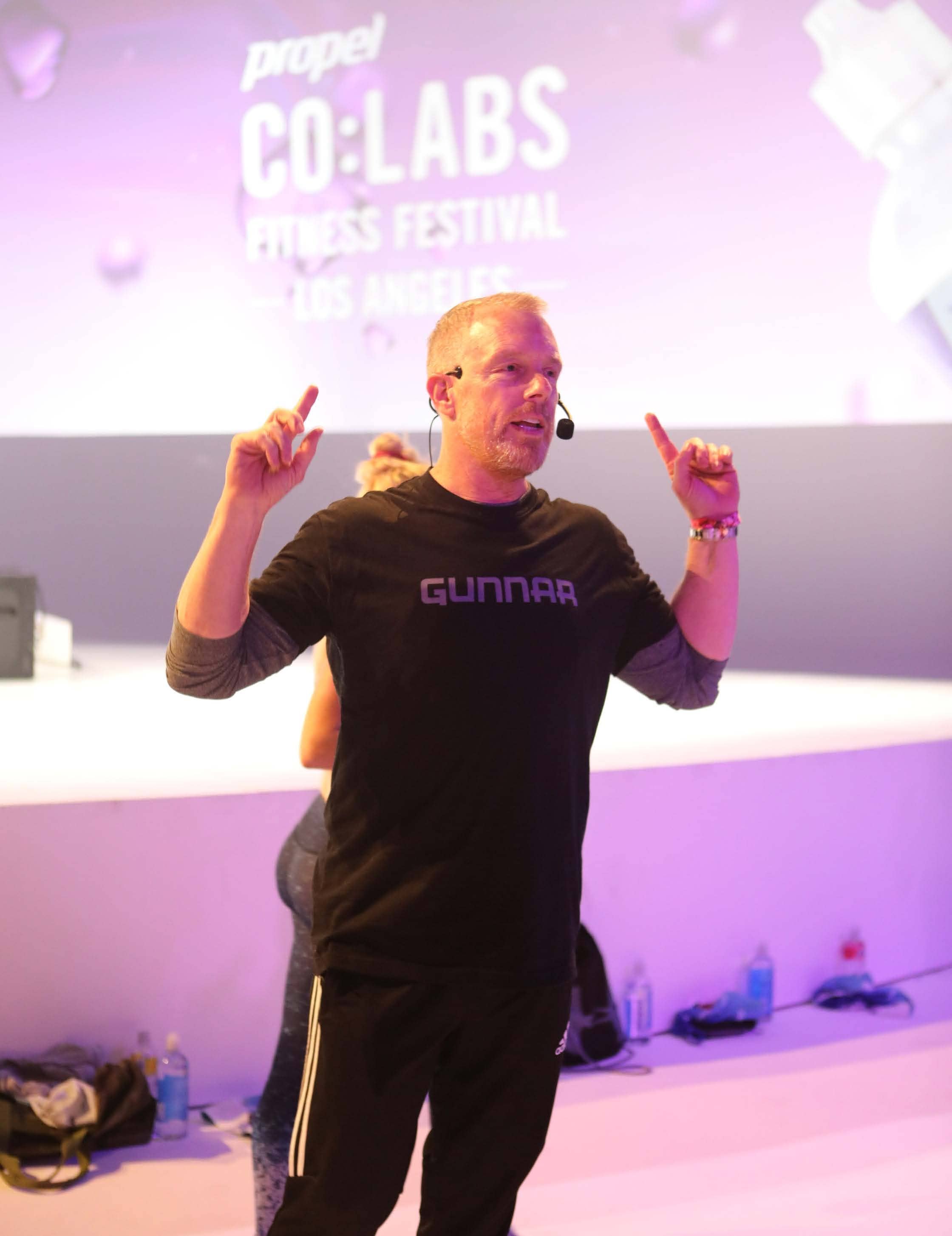 SOMETHING YOU SHOULD KNOW! GUNNAR PETERSON

This month, we chat with one of our favorite celebrity fitness trainers Gunnar Peterson who has worked with a number of your favorite personalities from Khloe Kardashian, Jennifer Lopez and more. In addition, as the Director of Strength & Endurance for the Lakers, we talk with him about how he has worked with his clients and the team to keep them on their routines. He also shares advice on movements that we can do at home regardless of whether we have equipment or not. He also shares his thoughts on returning to gyms and studios as the country is in various stages of reopening. ATHLEISURE MAG: We always love being able to talk to you and being able to optimize our workouts and here in NY we have been in since March 13th. Thankfully, we got all of our equipment that we needed and we had no idea how long that we would be staying in due to COVID-19. What did you suggest to your clients in terms of equipment that they should have on hand?

GUNNAR PETERSON: I love that you guys got your equipment right away because it seems to me from what I heard, that the people that didn’t get it right out of the gate automatically had to line up and there was a delay. I have a very strange relationship with equipment – you can call it an addiction or a relationship whatever you want. That said, look whatever you have – even if you have nothing, you can still make it work. I would suggest adjustable dumbbells, a piece of cardio equipment that you enjoy, an assortment of bands, an auxiliary piece of cardio – think jump rope, a utility bench, a stability ball and that is all best-case scenario. Worse case, we will get busy with water bottles, soup cans, a broomstick, a stepping stool, a couple of pieces of scrap cardboard. If you have that kind of stuff lying around it doesn’t have to be a mishmash like that, I actually thought those through it’s not grab bag you can come out of this lockdown in better shape. How’s that for a statement on standby?

AM: Love that statement. About a week before this quarantine, we had bands and a few other things, but didn’t really have dumbells, weight plates and other things like that so I was on Amazon and started amassing these items. And once we were in quarantine, you couldn’t get anything. We were pretty well stocked on our end.

GP: I heard it from people that are planners and those that get out ahead of things like this. There were other people that told me that they had nothing and that they had given everything away. Ever since they had started coming to me, they had given everything away as they didn’t need it in their house anymore because they came to me. I was like, “oh I’m sorry – like I’m supposed to be the person to blame for this.”

The household items though the water bottles and the soup cans, broomstick an ottoman – you can fill up garbage bags with laundry because they have the handles built-in and scrap pieces of cardboard or a towel. You can use a scrap piece of cardboard if you’re outdoors on the lawn or turf. If not on a towel if you have a hard surface like poured concrete or hardwood floors. Any of those towels can work for leg curls, hip curls, hip bridges, ab extensions, chest flys there are so many movements you can do on the floor with that. People are like, “cardboard?” and I’m like yeah. I actually demo-d that workout online for someone out on the lawn, you put your heels on the cardboard and you do a leg curl in and put your hips up and your hamstrings and your glutes are good to go.

AM: What are 3 movements for abs, and legs, butts and arms that we should include within our routines as we’re always looking at changing it up a little bit and just optimizing that workout?

Also abs in extension which comes down to you being on your knees, toes in contact with the ground in sort of like a coffee table position and then extend the arms by sliding a towel out or if you’re on a piece of cardboard then you’re on cardboard. You want to extend them and working abs in extension is important and not just working them in inflection and also athletically – a lot of the strain happens when people will go into extension against resistance and they weren’t prepared for it. So you want to work on extension. You can also do that single-arm right? You can fly one arm out and bring it back and the other arm up and bring it back just to create an uneven load.

The third one I would say is the hip bridge. So, using that same towel, put your forearm on it, extend your body and think about keeping a straight line between all of the h’s – head, hip, heels – straight line. Lower the hips down, draw the abs in. Your cue is when you pass center line pull your abs in and then bridge up so now you’re working frontal plane abs. So those are the movements for abs.

For legs, I would say squats and you have a number of squat movements to choose from whether it’s a basic squat, a sumo squat, a split squat, kick stands – there are a million ways to do that. But you definitely want to hit a squat and you should do that loaded because you’re working a big muscle group and it can handle an exterior load.