FROM THE RING TO THE WORLD 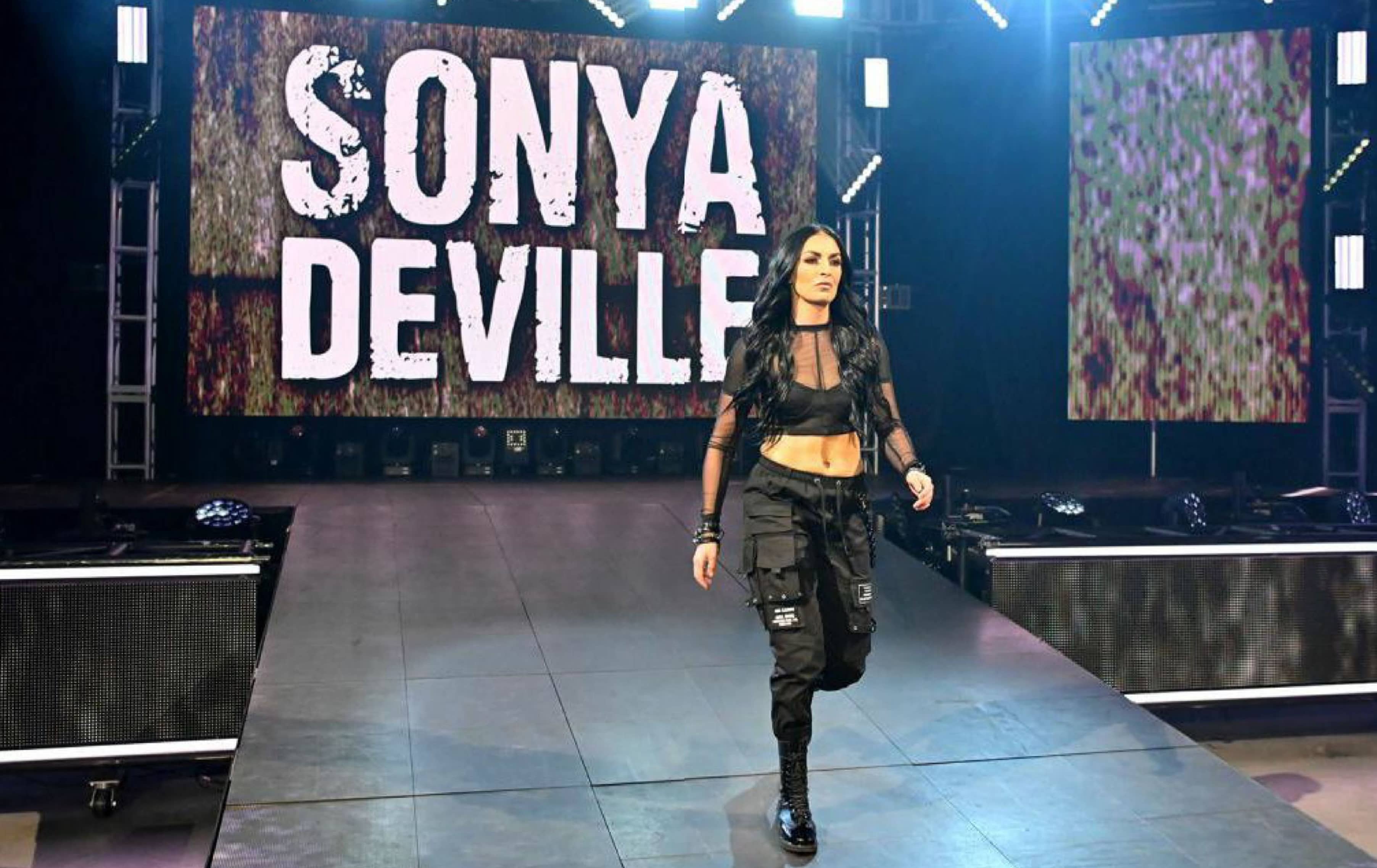 We're excited to have Daria Berenato for this month's cover. She wrestles in the WWE under the name of Sonya Deville. This athlete started as an MMA fighter and transitioned into becoming a WWE Superstar who uses her platform as an activist for the LGBTQ community, supporting those that are looking to break barriers and of course continuing to expand her empire in fashion, acting and more. We also talked about her upcoming fight with former tag team partner, Mandy Rose on WWE SmackDown on May 8th!

Daria Berenato
ATHLEISURE MAG: Great to catchup with you and an honor to have you as our cover as we've enjoyed having Nattie, Carmella/ Leah Van Dale, Naomi/Trinity Fatu, as well - when was the moment that you realized that you wanted to be an athlete?

DARIA BERENATO: Oh my God, an athlete? From the first! I used to play basketball at 4 or 5 years old in the driveway. I spent my entire life playing sports from basketball to lacrosse, soccer, track and field. Then on to MMA – Mixed Martial Arts to professional wrestling. So, I don’t even know what my life would look like without sports!

AM: I remember you on WWE Tough Enough but you actually started as an MMA fighter! What was it about that sport that drew you to it and what was your transition to wrestling and joining the WWE?

DB: Yeah so when I was 15 or 16 years old, I was in high school and I played school sports my entire life. I just wanted a change of space and I wanted something different. I always had dreams of graduating from high school, moving far away and being on TV and acting as that was always a passion of mine. I wanted to explore something else also. I didn’t know if it was going to be playing a musical instrument or a marital art.

This was a discussion that I had with my mom one day. I had been watching a lot of MMA videos and had been watching Gina Carano, a big female fighter back in the early 2000’s/2010 probably when I was watching her. I thought it would be so cool to see a chick in a cage and get into a fight and then you see her interviews in a dress. It was so cool to see someone so badass and then to be able to see her feminine side. I liked the idea of someone being beautiful and then being tough at the same time. It was really cool and I became obsessed with the MMA. I started watching every UFC and every Pay-PerView fight night and eventually I was like, “I want to fight MMA,” and my mom was like, “I don’t even know where you would do that around here.” There weren’t any UFC gyms around here to do that. I went to a local boxing gym that was 45 minutes from my house and I started boxing judo and Jiu-Jitsu and I just loved how pure the sport was. I loved how it was a one woman sport, but that you had a whole team of coaches and training partners that you needed to work with together to get the win and stuff. It was just a really cool community and I loved it. So I moved to Florida to train with American Top Team which is one of the best teams in the world when I was 17. Literally, the day of my high school graduation, I drove down to Florida. 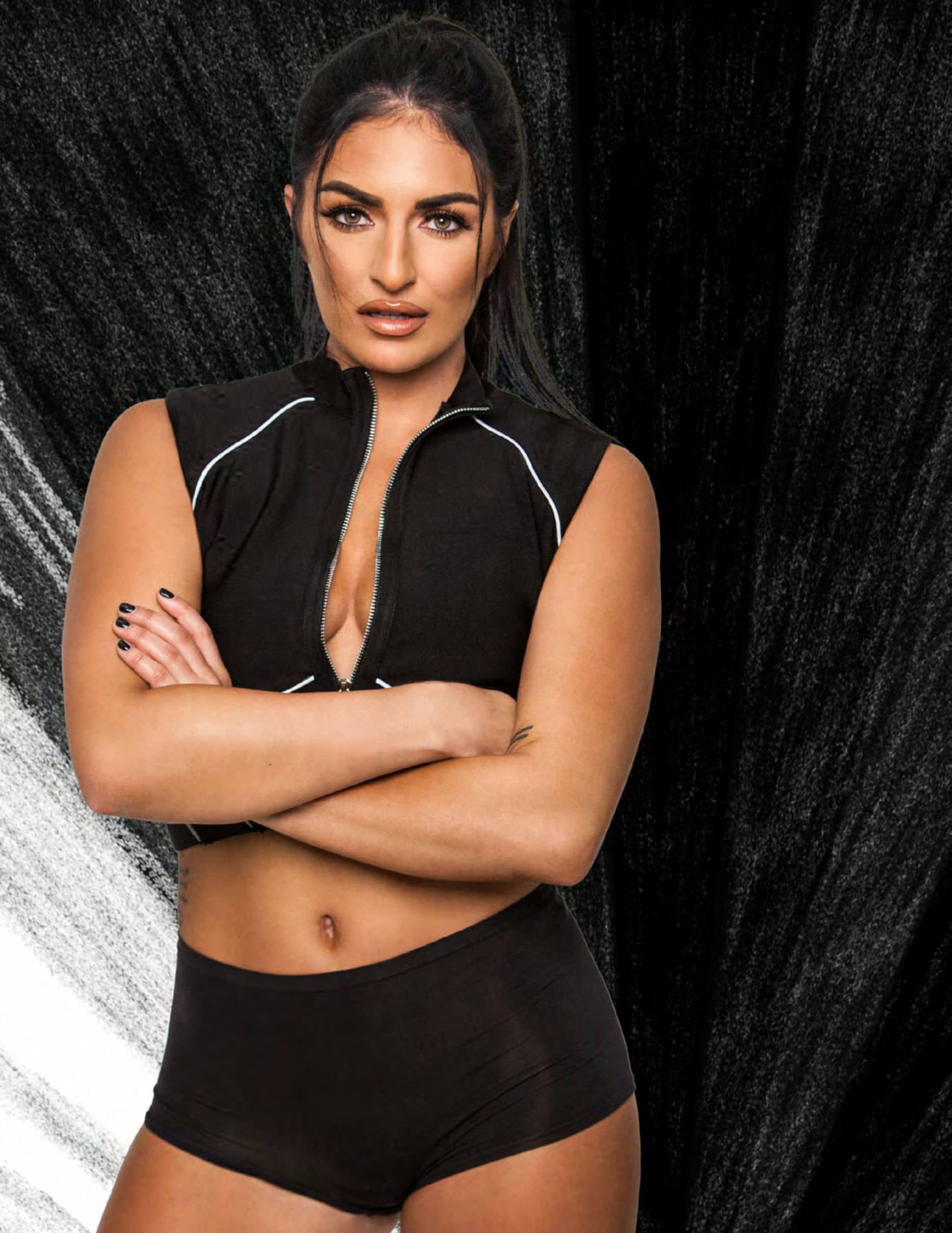 DB: Yes. I’m really impulsive like that. When I want something, I will do anything to get it and my heart and my mind is 120% in what I do. So yes, MMA is what I did. I fought and trained while also pursuing acting at the same time. I did that for the next 4 or 5 years and finally, I was hosting AfterBuzz TV podcast in LA where I was living at the time. Maria Menounos, is also part of the WWE family and used to be on E! News.

AM: She’s actually in this month’s issue as well! Completely random that this happened!

DB: No way! Aww that is like so perfect! So her and her husband owned Afterbuzz TV and they became mentors to me. They just took me under their wing and told me that they loved my attitude and they loved my spirit. They thought that I could do something special. So the WWE asked Maria to be on Tough Enough as a contestant and she was like, “hell no. I’m too old for this. But I have the perfect girl and she’s a fighter.” They called me and they thought I was going to say no because they thought that I was so MMA that I wouldn’t want to depart from it.

But they called me and I said yes right away because I saw the opportunity. I didn’t necessarily think that that meant leaving MMA at that moment, I just thought that it was a competition and reality show that sounded like a good opportunity. I just said, let’s do it. That led me to WWE and I ended up getting it. I mean, I was working my butt offto be ready for the tryout and to do the best that I could. I kind of felt out of place at tryouts because there were a lot of bikini world champions like Mandy and fitness models and I was just this little rough around the edges Jersey girl who fought MMA. I definitely stood out in that sense.

A couple of months later, I was hired and the rest was kind of history. I just fell in love with the world of WWE. It was everything that I had always been looking for. It was the performing and competition aspect all rolled into one for my career. Honestly, it was so meant to be and it’s just exactly where I should be. 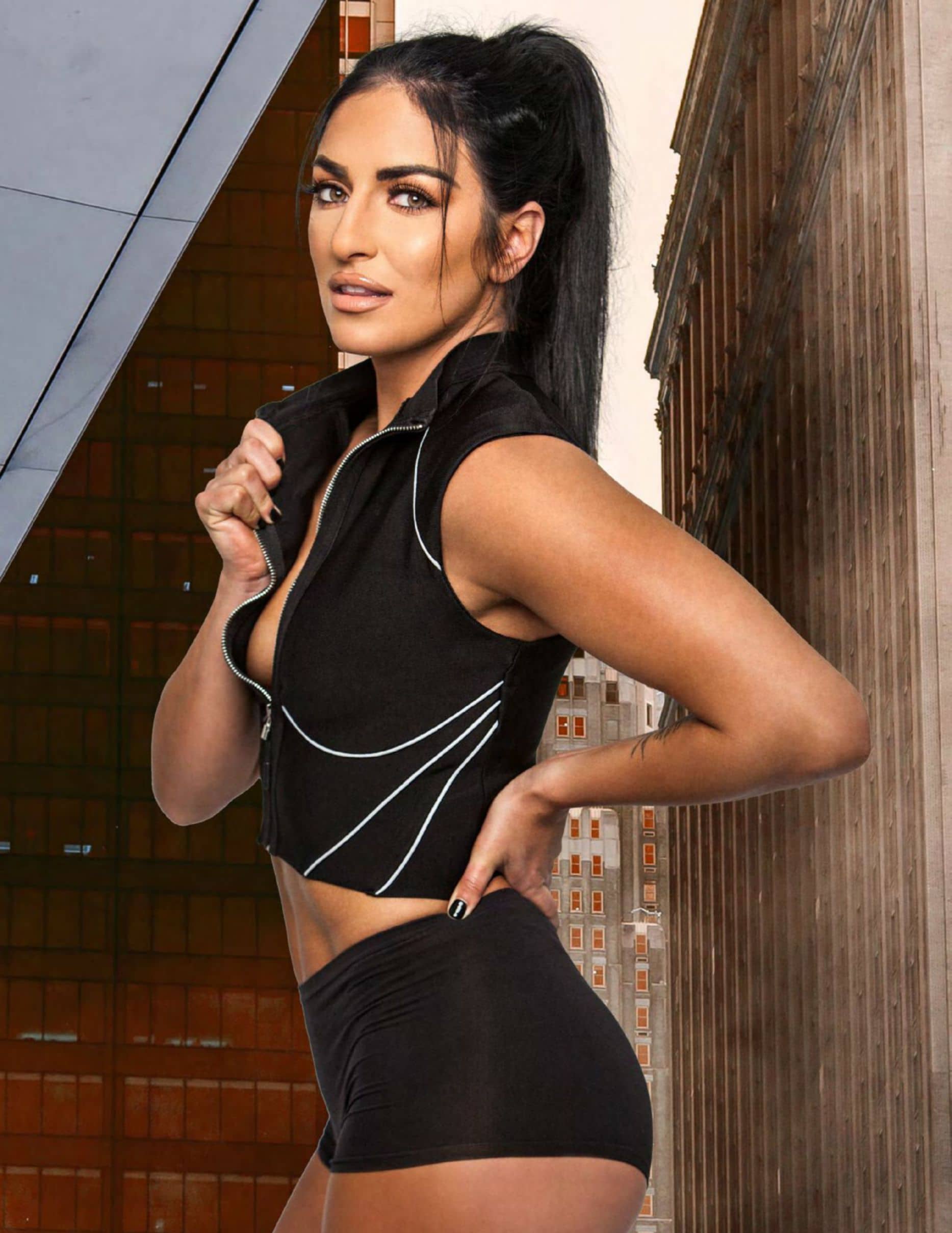 AM: In terms of Sonya Deville, can you tell us about this persona and what are the similarities and differences between you and her?

DB: When I was first developing Sonya’s character, she was very simplistic at first. She was just a badass that was an MMA fighter who was coming into this world. All she cared about was fighting and winning. She’s a very straight to the point kind of character. Over time, being with Absolution (trio that comprised Paige, Mandy Rose and Sonya Deville) on RAW and being on Fire and Desire (tag team of Mandy Rose and Sonya Deville) on SmackDown with Mandy and working with Paige in the past. It all kind of added to the persona of Sonya Deville. Because life experiences make us who we are as people.

So that’s kind of the case with Sonya. She was definitely third wheeling it a little with Absolution and with Fire and Desire, took a backseat to Mandy Rose because it was about Mandy’s magazine covers ironically. It was Sonya always taking the back seat to everything that Mandy was doing because that was just the dynamic of the team. So, Sonya had enough and a lot of what you’re seeing now on SmackDown is a compilation of everything that Sonya has been through emotionally. Everyone is starting to realize that Sonya is a bad B. 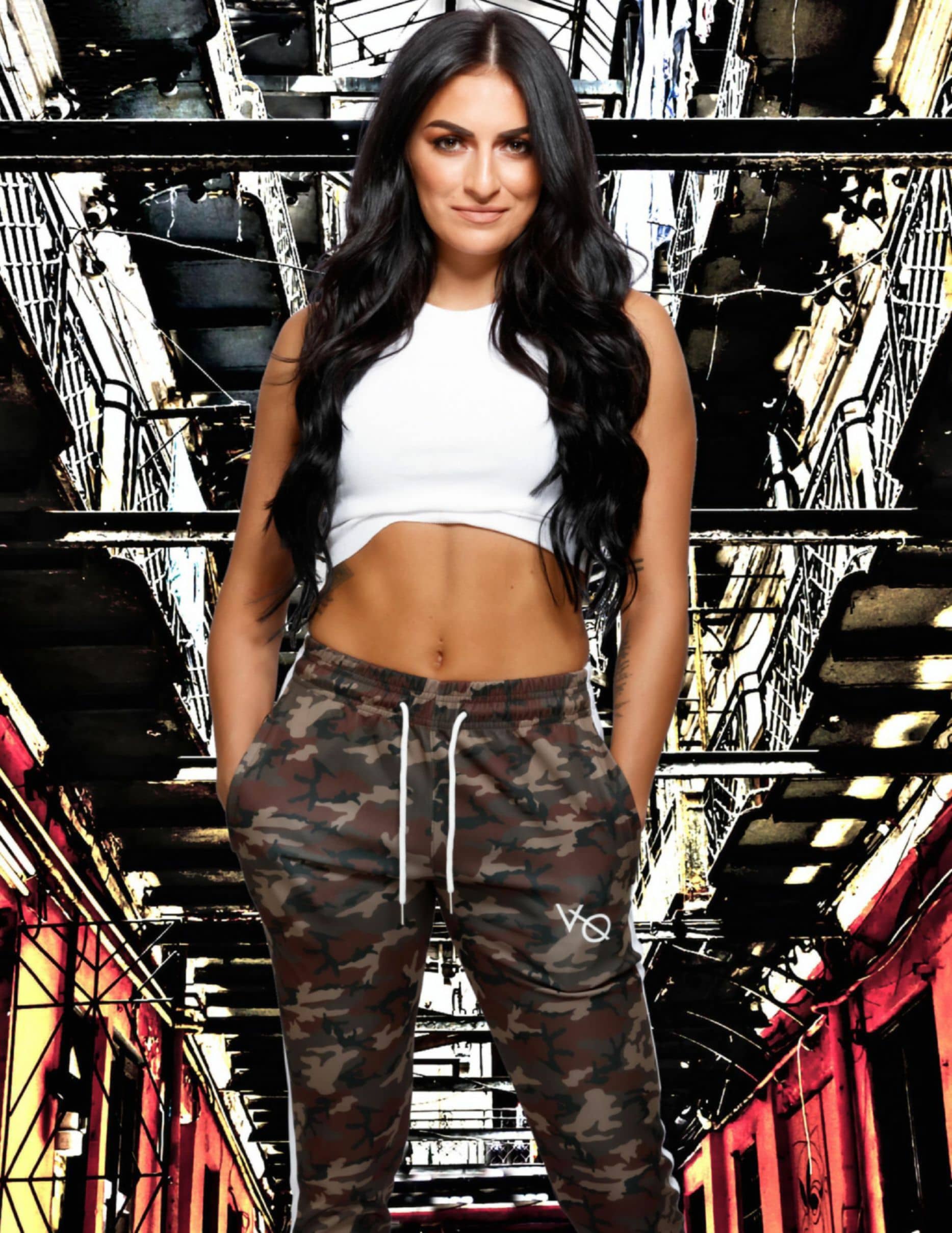 AM: You guys have a fight this Fri on SmackDown!

AM: The internet is all over the place talking about this. So many of our readers are asking what you can tell us about this and any goodies you can tell as we will drop this issue a few hours before your fight!

DB: Oh wow! I think that you’re going to see a side of Sonya Deville that you have never seen before. Nobody has ever seen this before! She’s been waiting to get her hands on Mandy Rose for years! You have to understand that this isn’t something that just developed over night. The fans are just seeing it happen overnight because Sonya has been keeping it inside just planning and bottling it up. They have to understand that this is a plan that has been coming to fruition that has been in the works for 4 years. 4 years that Sonya has been getting stepped on and has been keeping a mental piggy bank of things that she can use against Mandy Rose. You’re going to see all of that come to fruition on Friday night! 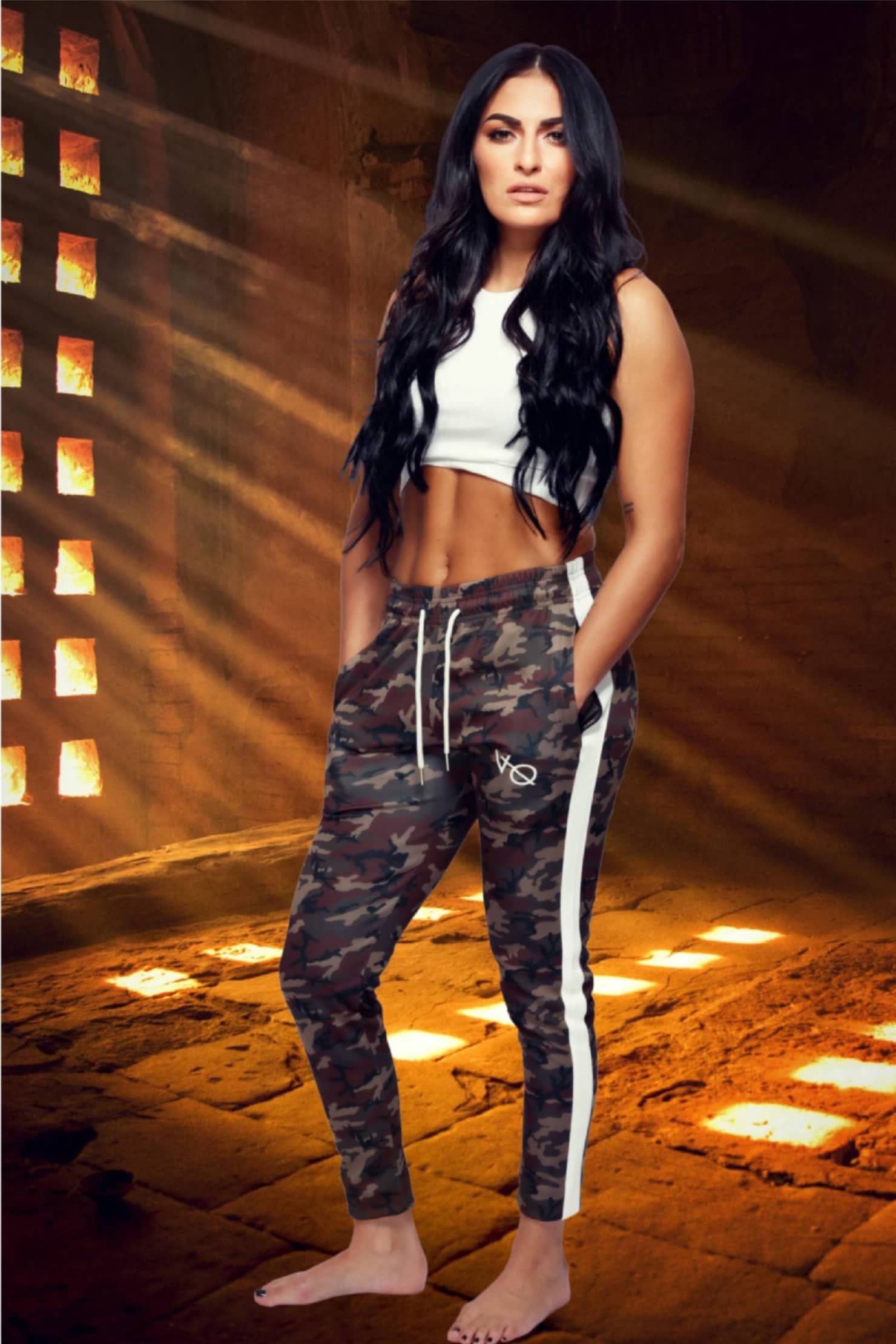 AM: Oh my gosh. Well obviously we can’t wait to see all of this, how it develops and what happens afterwards.

So right now, when you look at the word normal, it’s an interesting word to say, but when you look at an average week as a WWE Superstar, what is it like with you training, getting prepared for matches and you guys are actively still participating in your sport where others are not able to do this. How has that been for you?

DB: We’ve all just kind of developed our own systems at home. Because obviously no gyms are open so I have been training in my home gym that I have built over the past few months. It’s great and I’m blessed that I have it as it is a space that allows me to stay in shape and ready at all times for the ring.