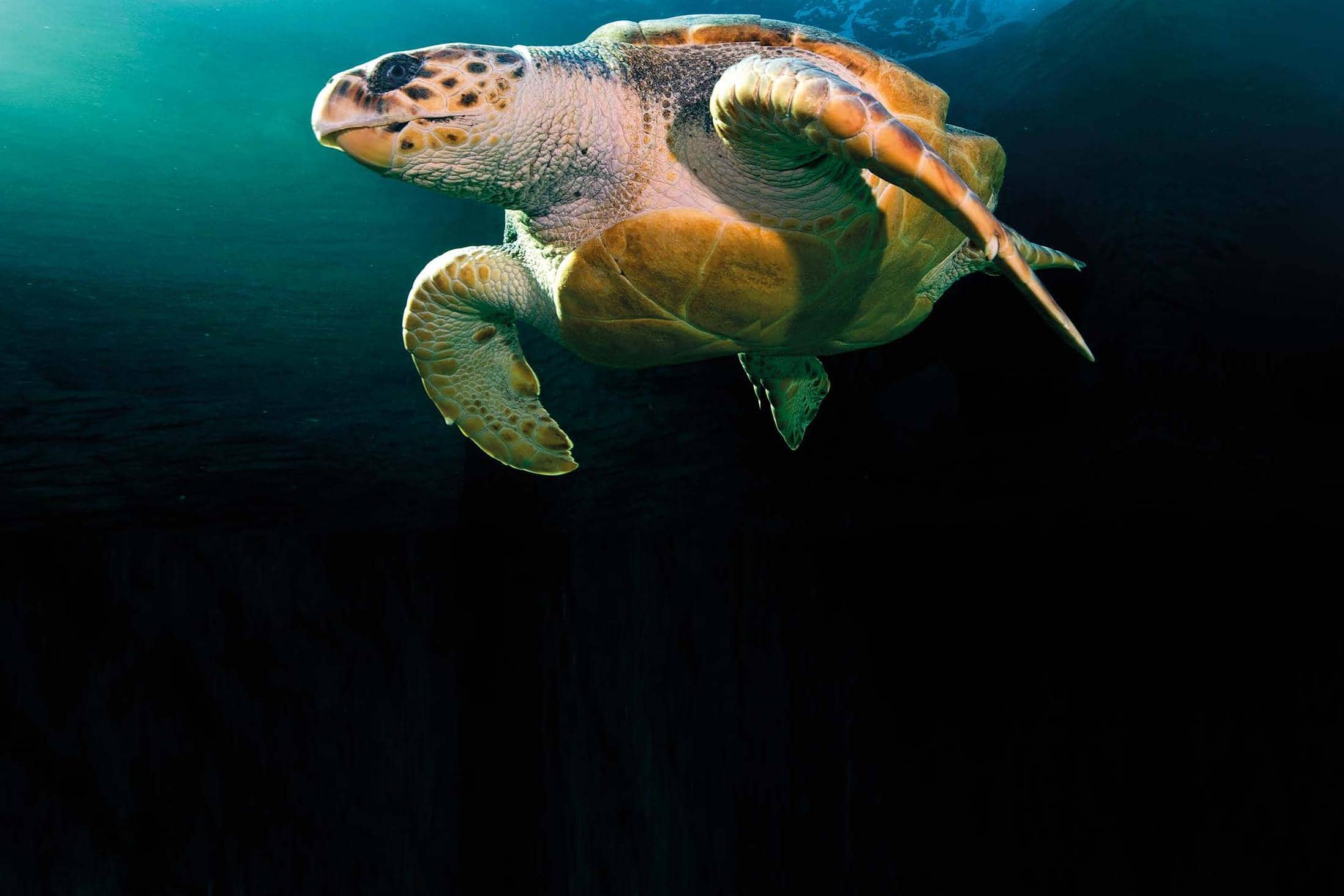 WHAT weighs 183kg, swims an average of 48km a day and has stolen the hearts of thousands of people?

One amazing whopper of a turtle, that’s what.

Ever since arriving in the Two Oceans Aquarium in Cape Town 20 years ago, Yoshi the loggerhead turtle has been making waves – and now that she’s been released into the wild, she’s become one of the most monitored animals in recent marine history.

Experts from Cape Town to Sydney are keeping track of Yoshi’s movements as she paddles her way across vast swathes of ocean, dodging giant tankers and giving predators the slip as she goes in search of her happy breeding ground.

And no one could be prouder of their “baby” than the people who run the aquarium at the Mother City’s V&A Waterfront.

Thanks to modern technology, it’s also one many people can follow. A satellite transmitter fitted to her back has enabled scientists to record how, since being released into the ocean near Hout Bay, Yoshi first swam up the coast of Namibia and Angola before turning back and swimming around Cape Point.

She then crossed the ocean towards the coast of Australia – the first time a loggerhead turtle with a tracker has crossed between the continents. In all, she’s covered a staggering 37 000km since her release in December 2017.

But researchers do know that during breeding season loggerheads return to the beach where they were born to breed and lay their eggs. So there’s a chance Yoshi might have Aussie blood and is going back to the beach of her birth.

“She could also just be feeding in the Australian waters or it could be a stopover on her way to a more important place on her journey where she might lay her eggs,” Maryke says.