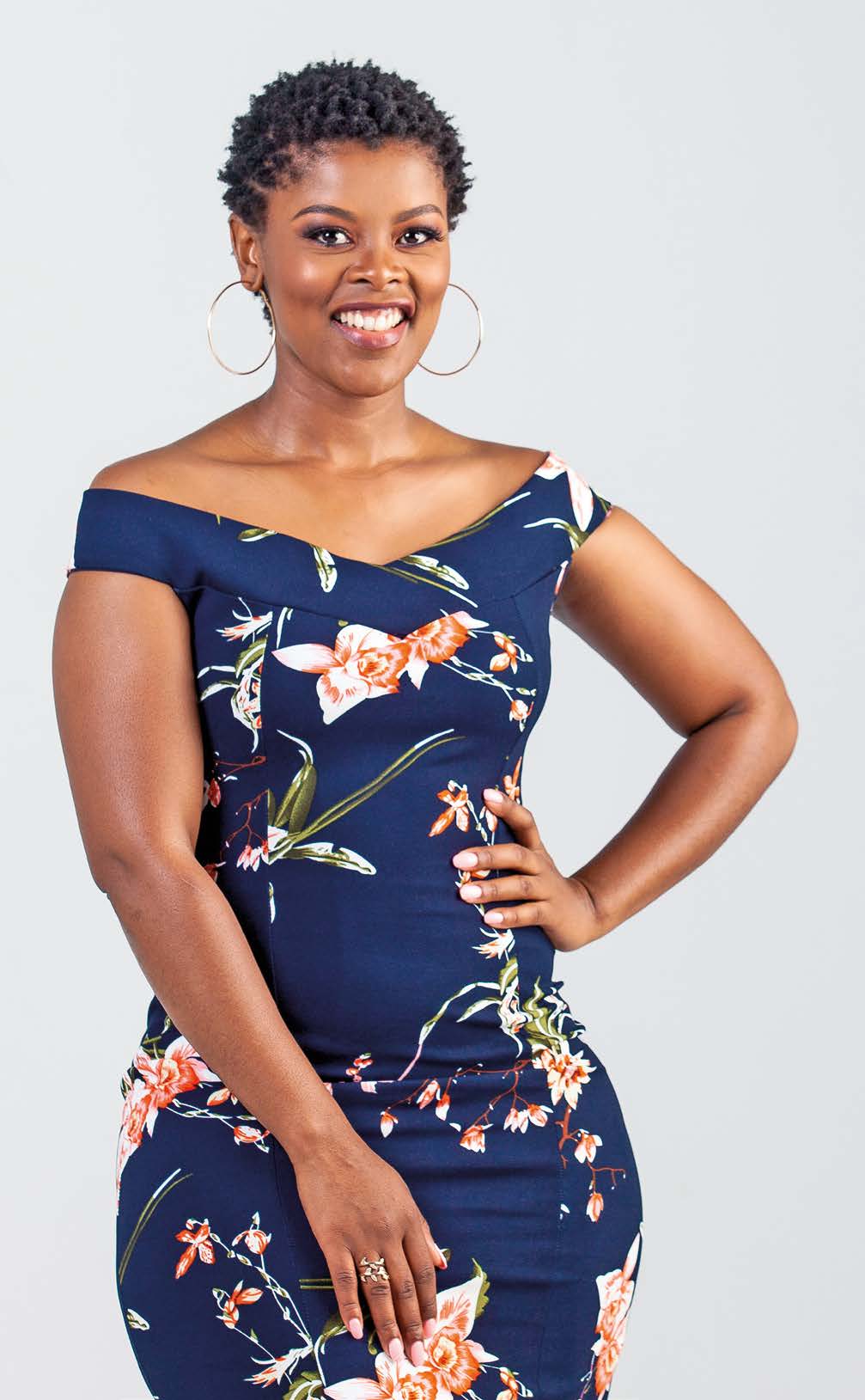 Becoming a sports anchor might not have been her goal, but it seems it’s the job Motshidisi Mohono was made for

LIKE a scrumhalf setting the direction of the game – that’s how she played her part in South Africa’s Rugby World Cup triumph. While the Boks were crea ting fireworks on the field, Motshidisi Mohono was making history as the first woman to anchor the discussion during a Rugby World Cup final on a local channel.

Hardcore rugby fans couldn’t get enough of her. Throughout the tournament Twitter was abuzz about her im­pressive knowledge of the sport and how confident she was sitting in DStv’s Super­ Sport studio, steering the conversation among rugby heavyweights such as John Smit, Naas Botha and brothers Odwa and Akona Ndungane.

“I’m just elated I could be part of that story on that particular day, that par­ticular final,” she says.

“The most historic final proba­ bly in Rugby World Cup history, certainly South African rugby history, and I’m blessed to have been a part of it.”

But Motshidisi (30) is the first to admit that if you’d told her during her teens that one day she’d be hailed as “the first lady of rugby” she’s likely to have thought you were pull­ ing her leg. 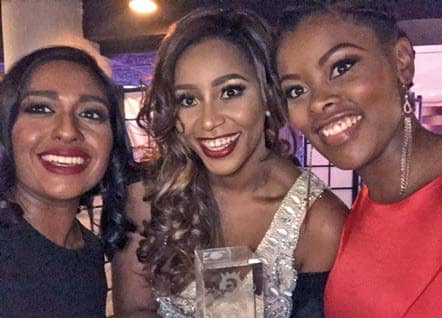 “In high school I thought, what is this? Why are 30 people chasing a ball, tackling and hurting one another?”

Respected academic Professor Jonathan Jansen was magnanimous in his praise in a column for TimesLive in the euphoric aftermath of the final.

“Motshidisi Mohono was simply out­ standing with her knowledge of rugby, her calm excitement and her ability to manage a group of men who actually played the game at one stage in their careers.

“I never thought I’d see such a transfor­mation on the set of a masculine and male chauvinist rugby culture.” 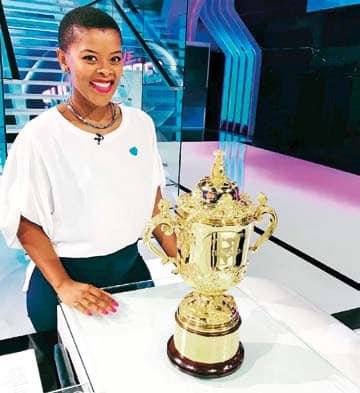