RUGBY: JUST ME AND MY BOYS 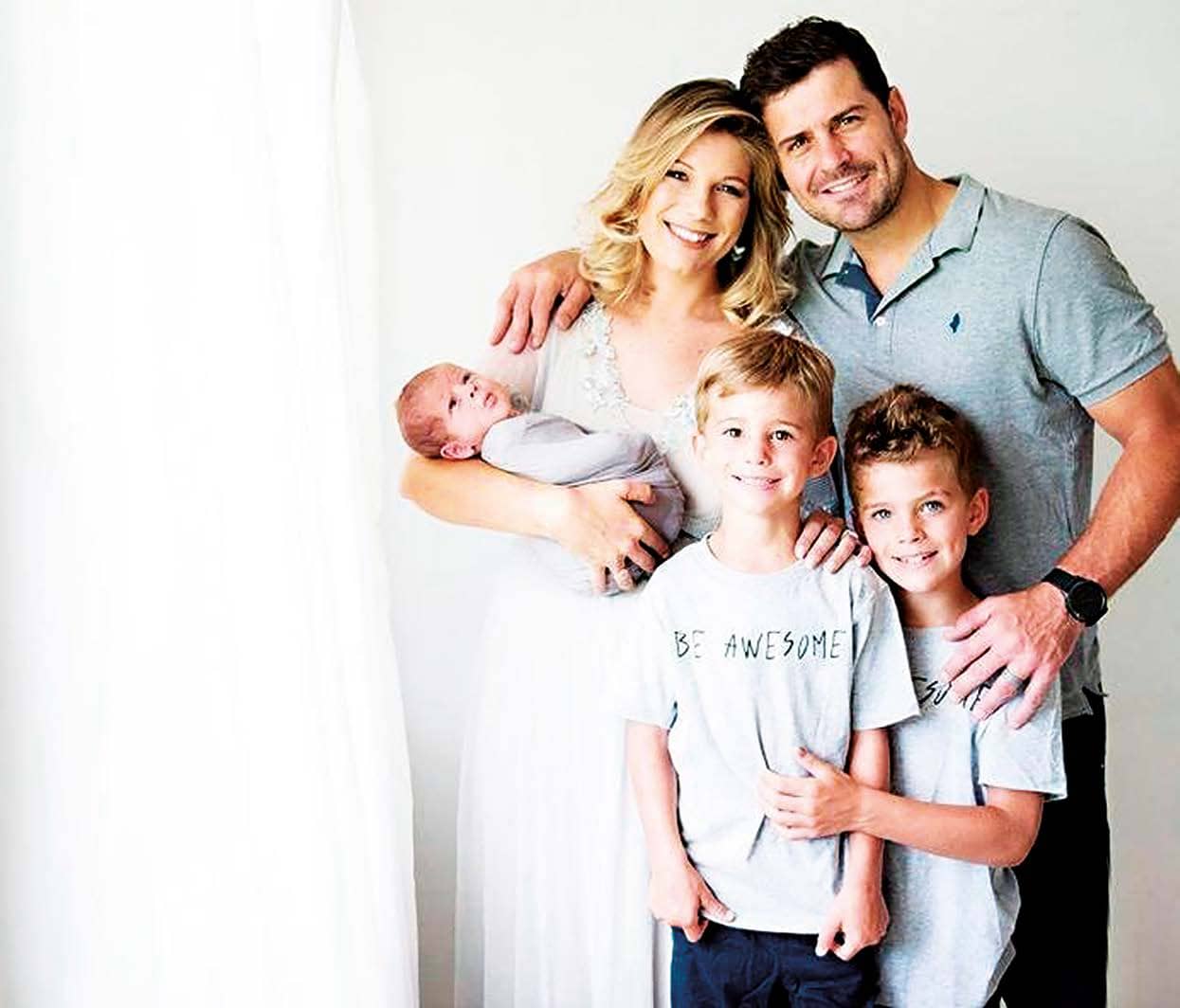 HE’S used to gruelling training sessions with some of the world’s top rugby players – but for now-former Springbok Morné Steyn is having to make do with backyard rough-and-tumble with his young sons.

For six years, France had the benefit of his golden boot as he helped Paris club Stade Français rack up the victories.

But the flyhalf is home again now, back with the Bulls – the Pretoria team where he first made a name for himself.

Unfortunately, like all professional sportspeople the world over, Morné hasn’t been getting much playing time.

The coronavirus pandemic has seen the Super Rugby competition postponed indefinitely and the 35-year-old ace was able to play only six of the Bulls’ planned 16 matches before it all came to an abrupt halt.

Now the closest he comes to a game is kicking the ball around with his two eldest boys, Jovan (7) and Christean (4), he tells us on the phone from Bloemfontein. He and his wife, Christelle (33), and their three boys are spending lockdown there with his parents. The couple’s youngest, Marcoux, is four months old.

“If we were at home in Pretoria we’d be alone. I’d rather be here in Bloem with my mom and dad,” Morné says.

The family rented out their house in Moreleta Park while they were based in France so they’d have a home to return to.

When the announcement came that Super Rugby had been cancelled, Morné was in Brisbane, Australia, with the Bulls after playing a match there.

The team had been scheduled to play in New Zealand next but instead returned to SA where they were all tested for coronavirus. Morné had to wait four days for the results – a harrowing time, he says.

“Because I have a small baby, the team manager said they didn’t want me to go home [while waiting for the results]. Even when I could go home, I was still nervous of unwittingly bringing the virus to the family.”

They see the lockdown as rare family time, Morné says. “The world had become busy and it’s increasingly hard to spend quality time together.”