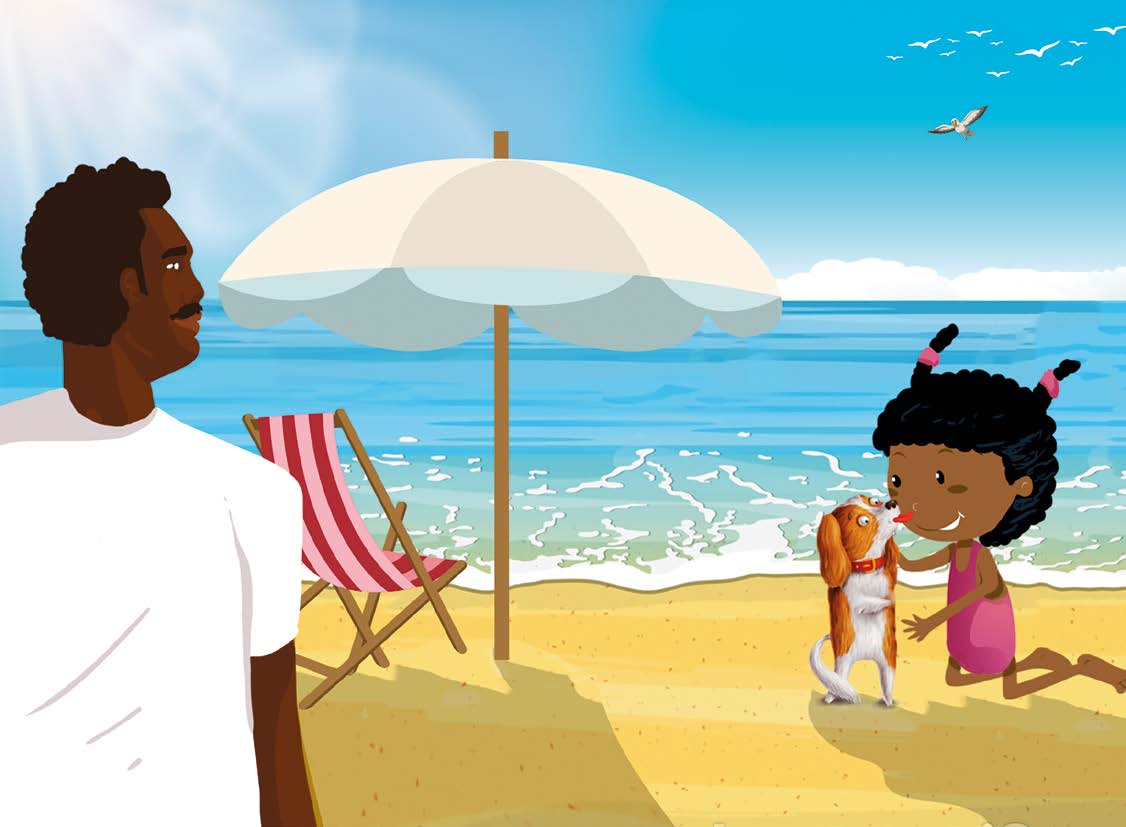 THE couple were laid out on their bright towels like great mounds of underdone beef on a griddle. The small brown form obligingly trotted away.

The larger mound collapsed back into his horizontal position and muttered darkly to his wife lying motionless beside him. He held forth about the unsanitary habits of stray dogs, disease, lack of access controls, pounds, the uselessness of lifeguards . . . his language as ugly as the snarl on his face. The woman lay passive for a while until he was done. Then grunted a desultory assent.

Padding effortlessly over the sand on lanky legs, his big paws leaving only the faintest prints, the dog explored the tideline – tail up, ears cocked.

A scuttling ghost crab, near translucent in the harsh glare of sun and glittering sand, drew his immediate attention. Nose down, a deep frown of concentration wrinkling the loose folds of skin on his forehead, one ear up, the other down, he followed it to its hole. But ensured his tender black nose stayed a constant few millimetres behind the fleeing creature. An uncertain paw scratched at the hole. The long nose followed for a deep sniff.

Sneezing, the dog backed away, barked once, then prancing, circling on coltish legs that seemed suddenly to have a life of their own, made a determined effort to catch his own tail.

‘WHAT you got there, big fella?” The man was smiling, down on one knee, hand extended, his other arm loosely draped across the shoulders of a little girl. She stood, eyes wide, safely in the man’s embrace, her hands clasped over his forearm. Her mom had warned her about approaching stray dogs.

Then to the dog, gently snapping his outstretched fingers, his voice all high and squeaky, “Come here, little man.”

A moment’s hesitation, then bending himself like a piece of boerewors on Daddy’s braai, frantically twirling tail at one end, grinning face at the other, the dog crabbed his way to them.

With a cry of delight, Liz ducked under her father’s arm, flung herself to the sand and embraced the wriggling dog.

“Don’t let him lick your face! Mind he doesn’t scratch you.”

Too late for paternal advice. By the time he reached them, Liz was spitting sand from her well-coated mouth and sporting a red weal along her upper arm.