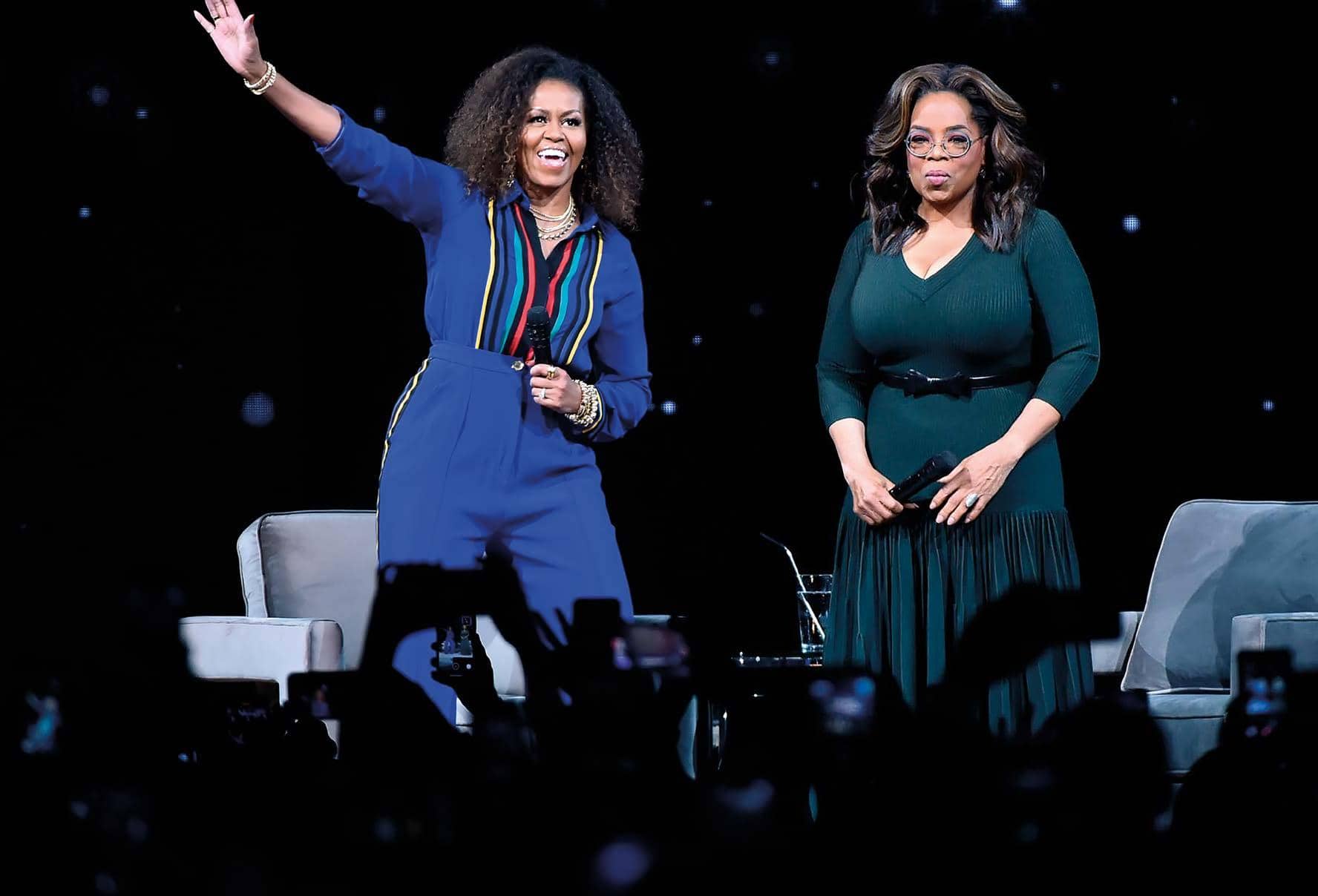 The former first lady spoke to Oprah about her work, her kids and still being in love with Barack

Picture this: Michelle Obama as president of the United States and Oprah Winfrey as her deputy, or vice-versa . . .

Although both women have spelt it out time and again that there’s zero chance of this ever happening, many fans can’t help but hope.

So when it was announced that the talk-show queen would be criss-crossing America for Oprah’s 2020 Vision wellness-promoting tour and that Michelle (56) would be joining her on the New York leg, it sent the rumour mill into overdrive. Would they be using this as an opportunity to make their big announcement?

As Michelle arrived on stage she was greeted with deafening cries of “President!” and “White House!” – but it took less than five minutes for her to shatter the dream. Sitting next to Oprah (66) in an eye-catching blue Elie Saab outfit, she talked about everything under the sun except politics – her daughters, her marriage, how much she enjoys doing yoga and her favourite TV shows.

Despite her more laidback approach, it’s not like she’s spent the past three years sitting around twiddling her thumbs. In fact, life after the White House seems to be busier than ever.

She spent most of last year touring the globe to promote her autobiography, Becoming, and it’s paying huge dividends – with sales of more than 10 million, it’s well on track to becoming the top-selling memoir of all time.

In addition to putting her on the map as a bestselling author, the book also earned her a Grammy – she won the award for best spoken-word album at this year’s ceremony for the audio adaptation of the book, which she narrated.

And a few weeks later she was making waves in the world of showbiz again when Higher Ground, the production company she and husband Barack set up, won its first Academy Award for American Factory, a documentary directed by Steven Bognar and Julia Reichert, which was made for streaming service Netflix.