More Than A Rugby Story 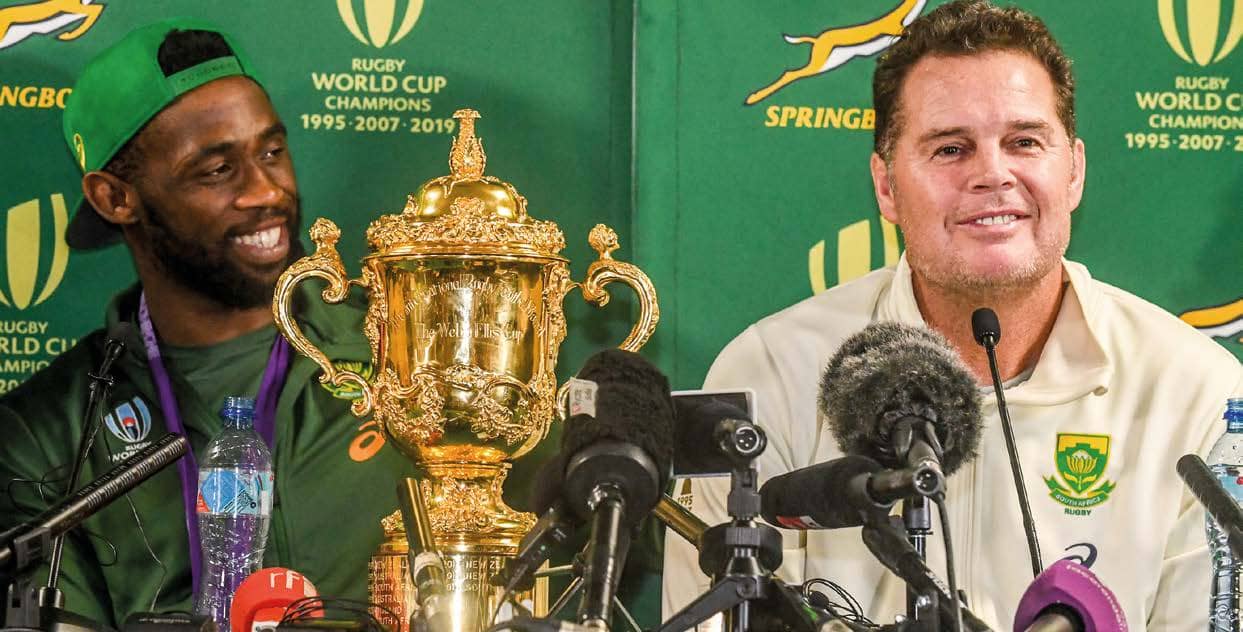 Two cameramen followed the Boks on their way to world cup glory. The result: a riveting documentary series

There can be few more magical things than the power of sport – athletes at the top of their game, taking on formidable opposition in a heaving arena of fanatical followers, playing their hearts out for cup and country. And when it all comes together, an entire nation can forget about their troubles for a brief, shining moment.

This was what happened last year – seemingly a lifetime ago, when Covid-19 didn’t exist and we could bask in being on top of the world – before everything came crashing down.

So if we ever need to relive a little of that magic it’s right now – and what better way than with a documentary that goes to the heart of how and where it all happened: right into the inner circle of the 2019 Rugby World Cup-winning Springboks.

Chasing the Sun is a fly-on-the-wall extravaganza that shows viewers how it all happened, from the time a dejected Bok team were at their lowest ebb to the pinnacle of success – when Siya Kolisi and his men held aloft the Webb Ellis trophy and captured the imagination of the world.

In the run-up to the tournament and while it was in full swing in Japan two cameramen followed the team. Nothing was offlimits – they had full access to meetings, team talks, halftime conversations and candid moments on and off the field.

The result? Five episodes packed with inspiring stories about the exceptional people in the squad, frank chats about the thrashings of the past, and an inside look into the amazing dynamic that sparked under the leadership of Siya and coach Rassie Erasmus, helping to turn the team into world champions.

WHEN SuperSport decided early in 2019 to collaborate on a documentary with the South African Rugby Union (Saru), nobody knew it would have such a spectacular ending.