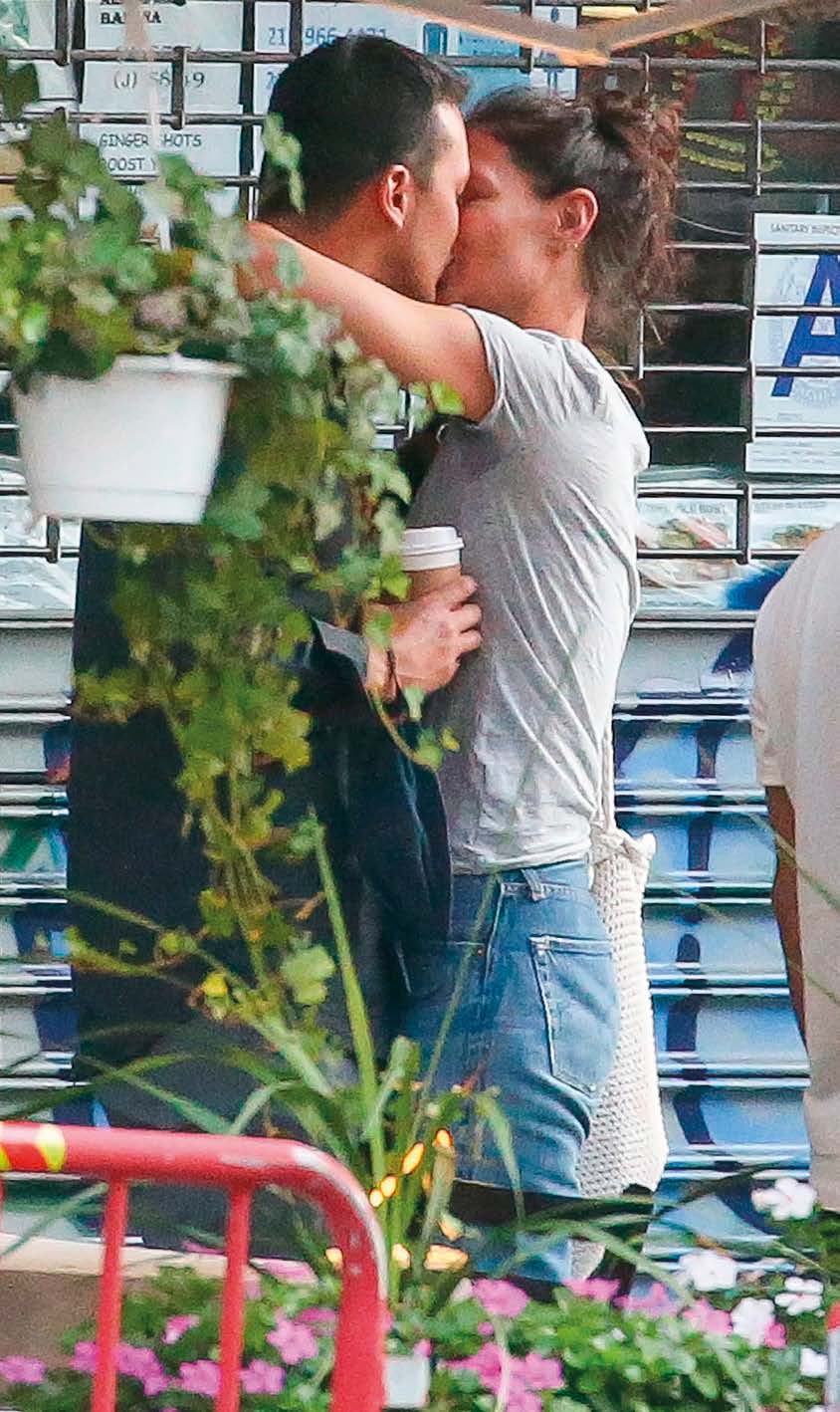 She’s crazy in love – in the words of Beyoncé – and doesn’t seem to care who’s watching. 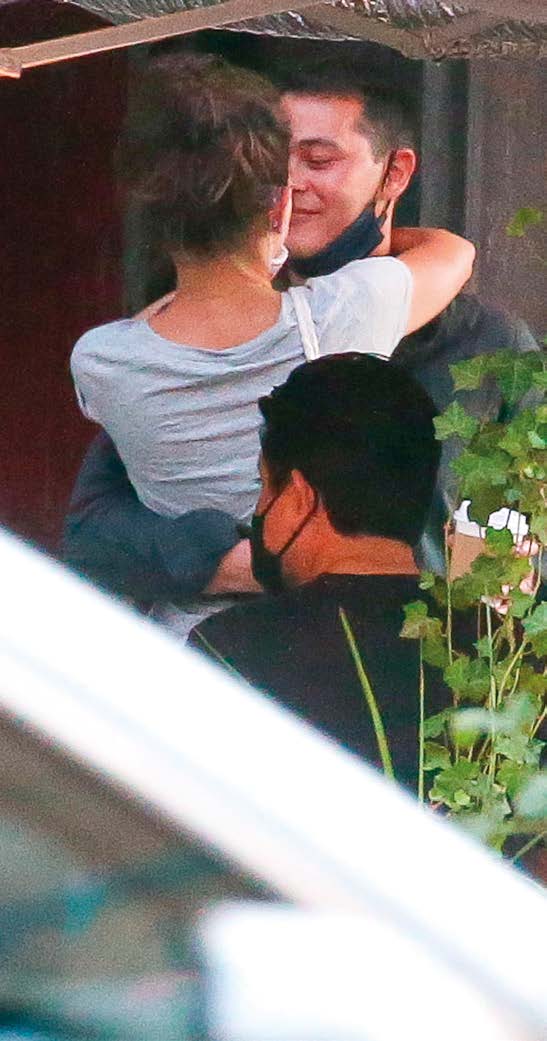 And the man who’s caught her attention? A handsome chef and budding actor by the name of Emilio Vitolo, whose father owns one of New York’s most popular Italian restaurants.

The two have been showing offmajor PDA since they were first publicly spotted together earlier this month in a heavy make-out session outside his family eatery, Emilio’s Ballato, which is a favourite among celebrities such as Robert De Niro, Janet Jackson and Barack Obama. 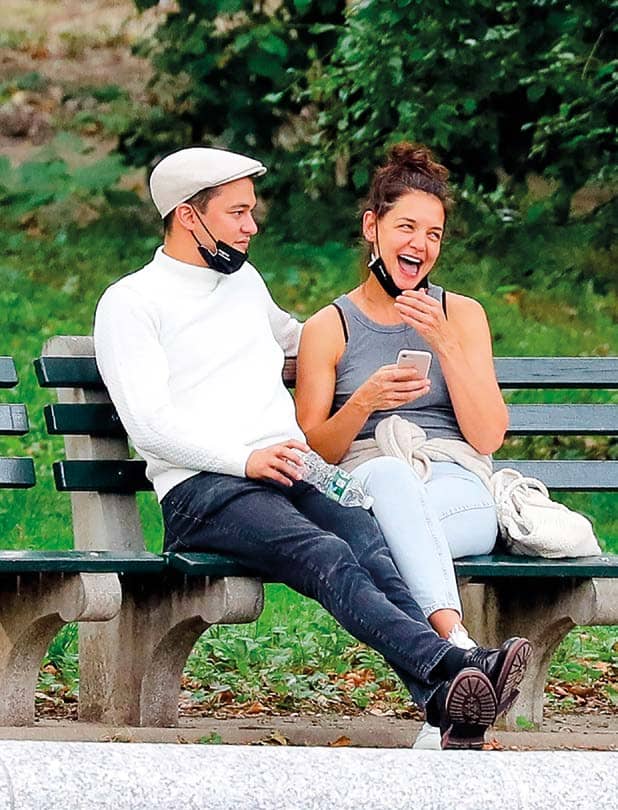 All eyes were on the 41-year-old brunette beauty and her new guy as they canoodled openly in a corner in front of patrons and Emilio Snr, who politely averted his eyes as he sat outside the entrance.

Both had their masks pulled down as they gazed into each other’s eyes, with the star of Brahms: The Boy II wrapping her arms tightly around the 33-year-old, her happiness evident for all to see.

It’s certainly a change from the Katie we’re used to seeing. With her last boyfriend, actor Jamie Foxx, she kept the world guessing for years before it finally became obvious they were a couple, and she rarely opens up about anything personal.

But it seems her new bae has brought out her playful side. She “texts Emilio all day long and he loves it”, a source told US People magazine. “He can’t get enough of her attention. Emilio is charming, flirty. It’s easy to see how Katie fell for him.”

KATIE was heartbroken last year following her breakup with Jamie, which reportedly happened because the Project Power actor didn’t want to give up his flirtatious ways.

They dated for six years but kept their romance private, going public at the star-studded Met Gala only in May last year. But just a few weeks later it was over.

Part of the reason she’s so smitten with Emilio is that he’s “so openly affectionate with her”, the source adds. “Katie is behaving like a teenage girl in love. He gives her something Jamie couldn’t.”

If the reports are to be believed, she and Emilio have been seeing each other for months. But while things might look all peachy from the outside, there’s been plenty of drama behind the scenes. 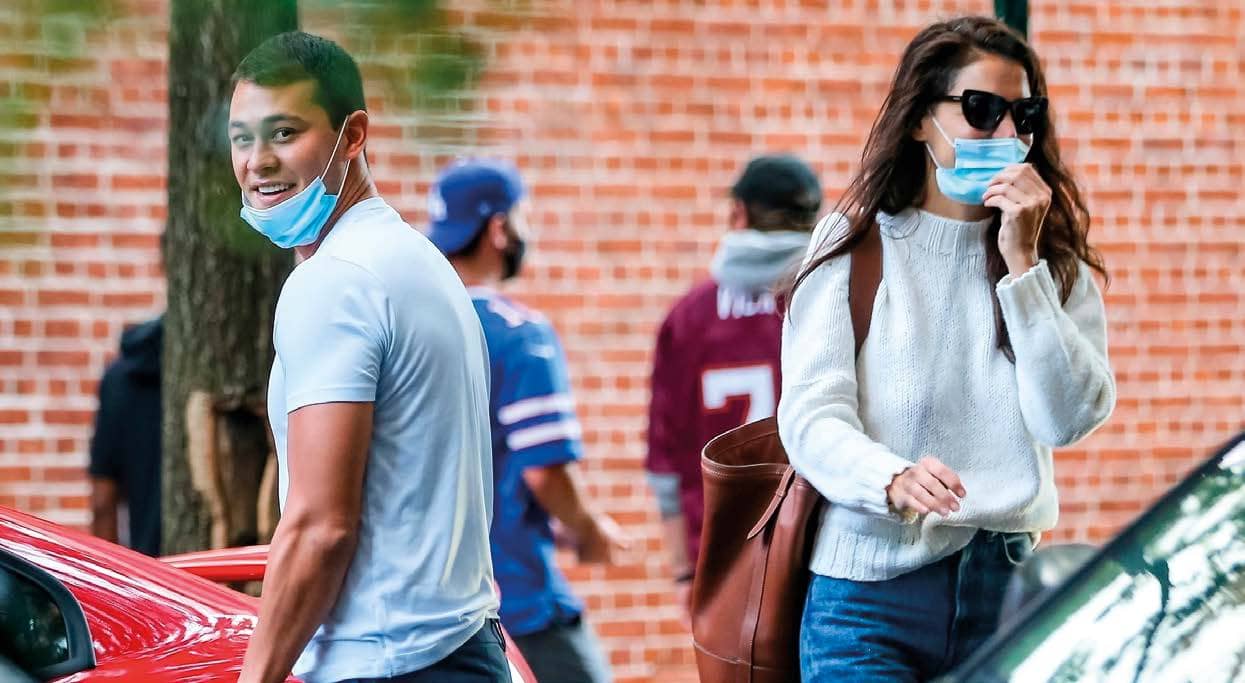 Turns out Emilio isn’t quite the sexy singleton he seems to be.

Up until a few weeks ago, he was living with his fiancée, Rachel Emmons – a 24-year-old handbag designer – who apparently knew nothing of his relationship with Katie and has been blindsided by the news.

Emilio dumped Rachel via text just before the pictures of him and Katie's locking lips at his dad’s restaurant went public, according to reports.

“Up to this press coming out, Rachel had no idea what was going on,” a shocked friend says. “He’s a cheater, and this isn’t a happy ending story.