How I Took On Hollywood & Won 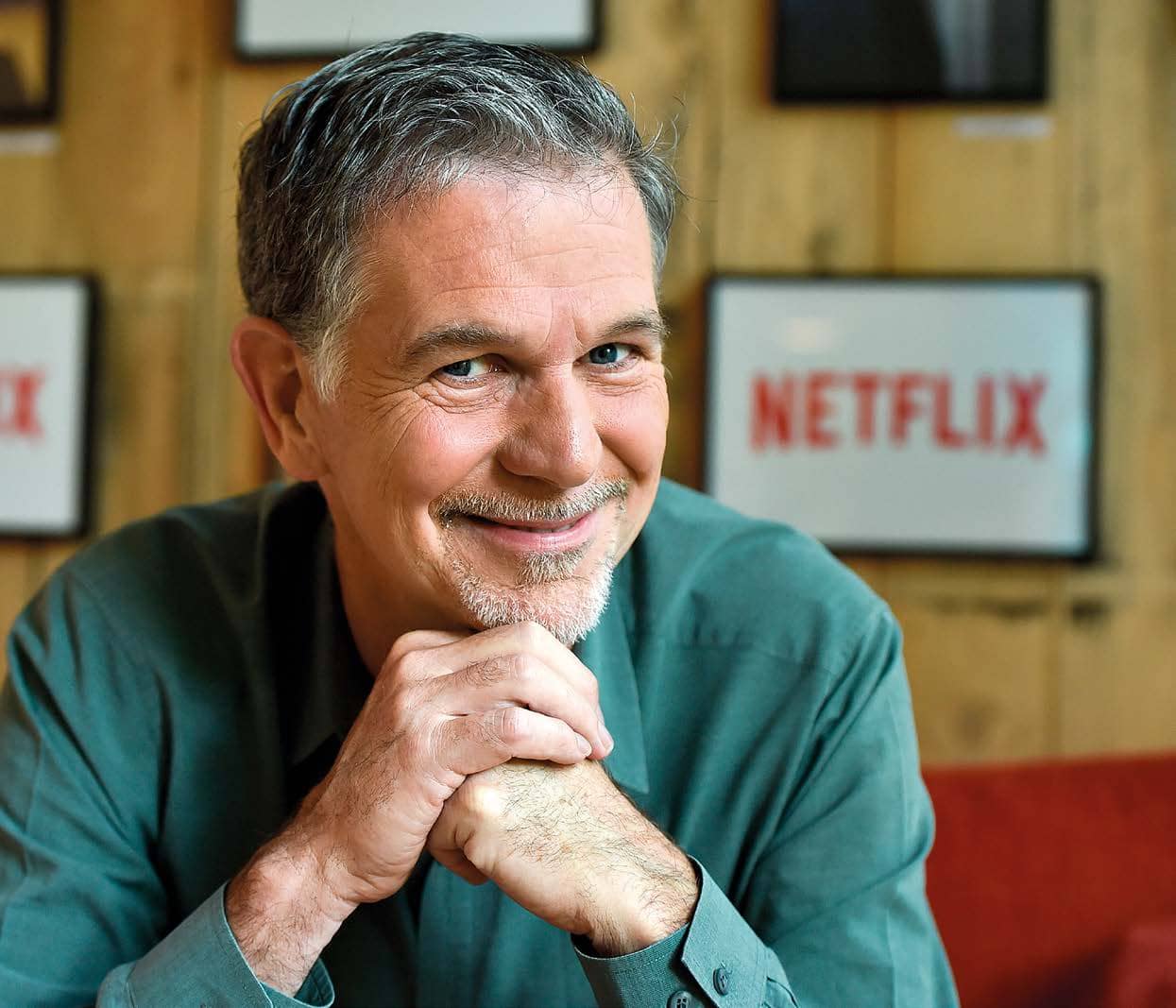 He turned Netflix into an entertainment superpower. Now CEO Reed Hastings has revealed the ruthless techniques he used to propel his firm to the top

It started out as a scrappy mailorder film rental firm but today the company literally looms over Hollywood. When you drive down the Sunset Strip in Los Angeles most of the huge advertising hoardings that used to trumpet films and TV shows from every studio and network now tout offerings from just one entertainment giant: Netflix.

And this is exactly what its founders were planning when they launched the business in the ’90s – it was never their intention to remain a mail-order DVD rental firm for long.

Even back than Reed Hastings and his business partner, Marc Randolph, were looking to a 24/7, binge-viewing future where fast internet would allow customers to stream content on demand. It wasn’t yet possible but the pair could see more clearly than anyone that it was coming.

“Oh yeah,” Reed says, striding across the Silicon Valley headquarters of the global empire built on their idea. “That’s why we named it Netflix and not DVDs by Post.”

But others thought they were overreaching.

A decade ago, Jeffrey Bewkes – at the time chief executive of Time Warner, home of HBO, CNN and Warner Bros – still thought that the threat Netflix posed to the incumbent Goliaths of the entertainment industry was rather exaggerated.

“It’s a little bit like, is the Albanian army going to take over the world?” he told The New York Times.

“I don’t think so.” He really, really should have thought so. For a while Reed, who’s Netflix’s chairman and co-CEO, wore Albanian army dog tags round his neck as motivation. He doesn’t need to anymore.

His company’s $215-billion (R3,6-trillion) market valuation is almost three times higher than the price that the telecoms firm AT&T paid for Time Warner two years ago.

Nobody is underestimating Netflix now.

Netflix recently signed a multimillion-dollar deal with Prince Harry and Meghan Markle, following on from a collaboration with Barack and Michelle Obama.

In July the company announced that its subscriber base has swelled to nearly 193 million paying members in 190 countries – more than any rival.

A few days later Netflix, which only began making its own content in 2011, wiped the floor with the competition by racking up 160 nominations for this year’s Emmy awards on the back of global hit shows like The Crown, Ozark and Tiger King, to go with the 24 Oscar nominations – more than any Hollywood studio – that it earned in January for films, including The Irishman, Marriage Story and The Two Popes.

The share price, which was the top-performing major US stock of the 2010s, has surged by another 50% this year thanks to a business model that means Netflix is largely impervious to the damaging effects of the coronavirus.

Rather, the company is benefiting from the unique circumstances of the pandemic because for much of the world, for much of this year, there’s been nothing to do but slump on the sofa, fire up Netflix again and escape into Charlize Theron’s new action film, The Old Guard, or binge-watch the whole of Schitt’s Creek.

So, I ask Reed: do you still have the dog tags?

“I do,” he says, chuckling. “They’re at home in my bedside drawer. Every now and then I pull them out and kind of fondle them.”

It’s hard to tell if he’s joking, but he adds, with a note of steel, “That was a challenge at a certain time that’s now retired.”

Yet he remains dissatisfied with Netflix’s current standing.

“We’re not big enough. We dream of a world where we’re much bigger than we are today.”

GETTING bigger used to worry him a lot. Before he started Netflix, Reed (59) ran a technology company called Pure Software (later Pure Atria). When it was tiny, he loved it. The business was nimble, flexible and innovative.

He was wildly happy “writing code at night and being CEO in the day”. Then the company began to encounter growing pains, so, “every time something went wrong, we put a process in place to prevent that from happening”.

Reed was proud of this development. His engineer’s mindset encouraged him to believe that “efficiency was goodness” and he completely failed to notice that the company was becoming rigid, that its employees were increasing “really good at following the rules” and that more imaginative people no longer wanted to work there.

Unsurprisingly, when the market shifted, the business that he refers to as “First Company” was “unable to adjust because we were so optimised for one thing”.

Reed was just getting started, though.

“I had the great fortune in my life to do two companies, and to try to make different mistakes in each of them,” he says.