From La With Love 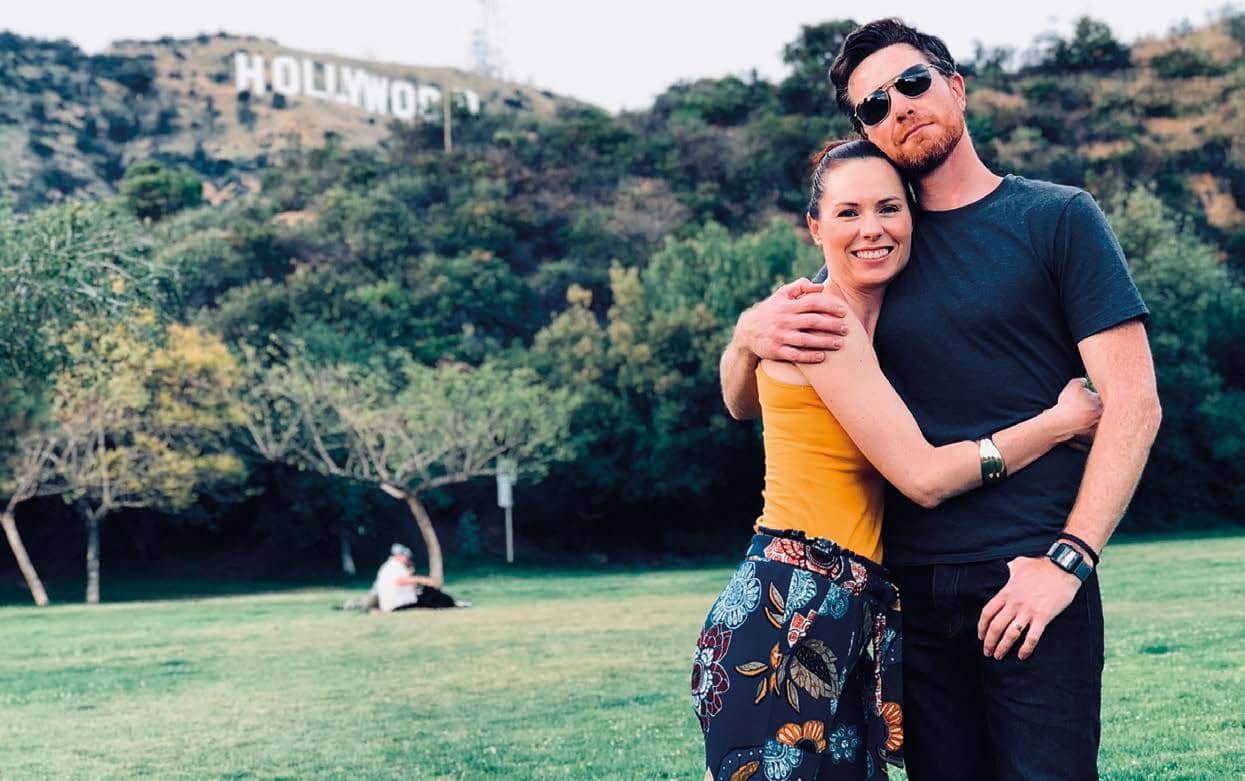 Trackers star James Alexander and his wife Anel may have swopped SA for the USA but their hearts still lie with Mzanzi and milk tart!

ON SCREEN he’s the brooding, silent type, moving through the African bush in khakis and T-shirts, all glowering glare and clipped sentences.

But the James Alexander we’re speaking to today is neither reticent nor, it seems, dressed at all.

“This is the first interview I’m doing in my pyjamas,” he says, chuckling down the line. It may be early morning in South Africa but it’s bedtime at James and wife Anel’s home in Los Angeles, California.

The couple moved there three years ago to see if they could crack the US market – but that doesn’t mean they’ve turned their back on the SA entertainment scene.

And that much is pretty obvious. James (41) stars as the mysterious Lemmer in Trackers, the acclaimed miniseries based on the book by crime writer Deon Meyer.

Anel (40) also appears in an episode of the show as a veterinarian and exlover of Lemmer.

The couple reacquainted themselves with life in SA earlier this year for the filming of the show, which takes place in Loxton in the Karoo, the bushveld of Limpopo and Cape Town, among other places.

The result is an edge-of-your-seat thriller that incorporates terrorism, diamond smuggling and rhino poaching – and Lemmer is one of the characters at the heart of it all.

“The part was actually a lucky break,” James says. In May last year he was visiting SA for the first time in 20 months when a casting agency called and asked him for an audition video.

“I said I happened to be in the country and may as well come for an audition in person.”

For months after the audition he heard nothing and, once back in America, he became convinced he hadn’t landed the part.

Then in January he got a call. “Can you be in South Africa in two weeks’ time?”

And just like that, James and Anel were back.

“It was nice to be shooting in SA again, in locations and with people I know,” James says. “It felt as if we’d never left.”

WHEN they moved to LA in 2016, James and Anel were looking forward to the adventure.

“Few people get the chance to discover a new country in their late thirties,” James says. But while it was exciting, it was also one of the hardest things they’ve done.