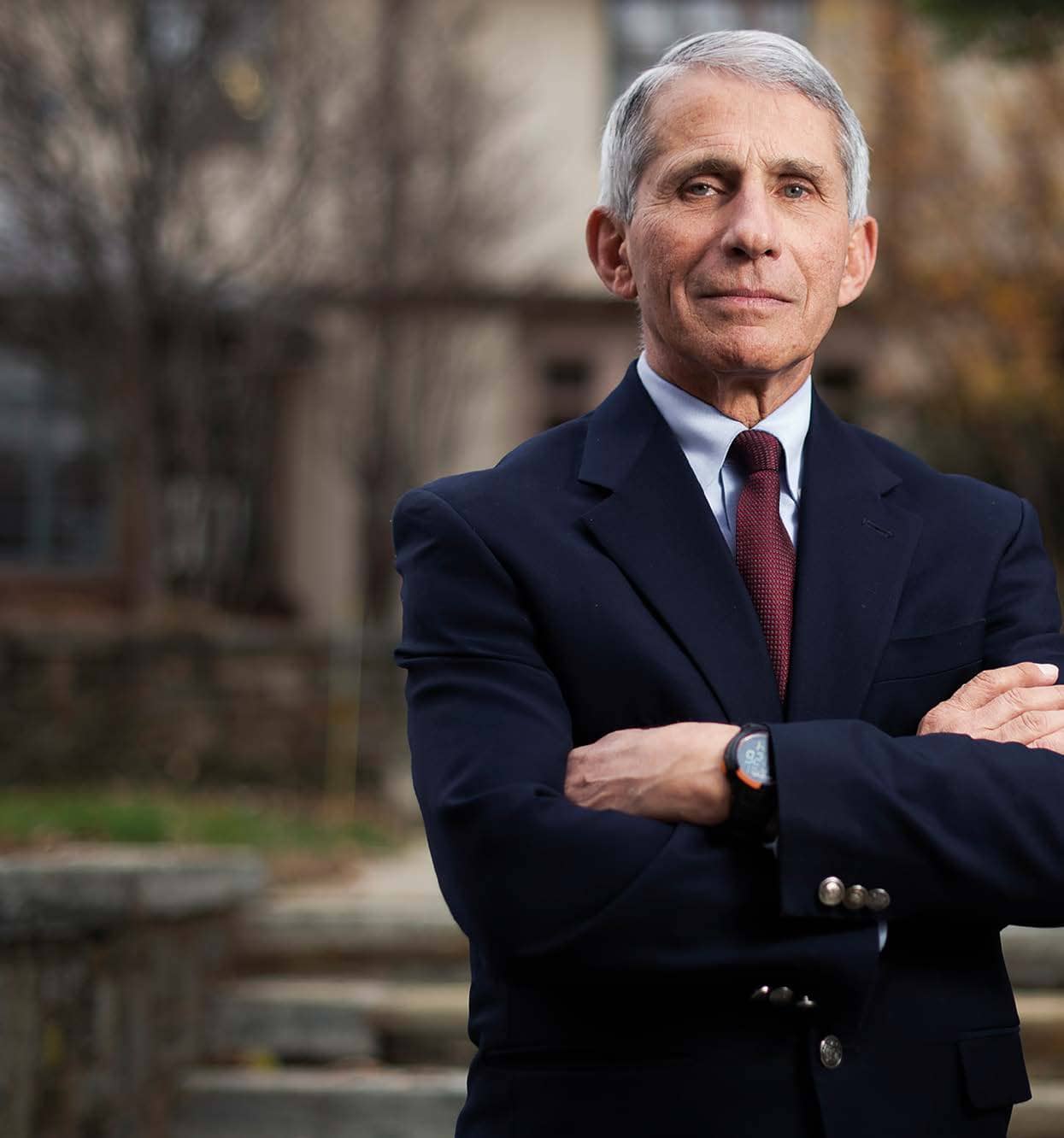 With his calm and wise pronouncements on Covid-19, the virus expert is enjoying cult status in America C

HE’S short, grey-haired, bespectacled, and obsessed with science – your typical geek, in other words.

But to millions of Americans, he’s nothing short of a superhero, the guy they trust to steer them through the chaos that’s turned their country into the world’s Covid-19 epicenter.

Dr. Anthony Fauci has become a national phenomenon. People are driving around with bumper stickers that read, “In Fauci We Trust.” There’s a Facebook group called Dr. Fauci Speaks, We Listen, and a petition is even doing the rounds for People magazine to name him its sexiest man alive – something Trevor Noah wholeheartedly endorses.

“Who’s sexier than Fauci? No one’s sexier,” the comedian declared on The Daily Social Distancing Show, which he hosts from his New York apartment. “If People magazine doesn’t put him on the cover, they’re wasting their lives.”

There’s even Fauci merchandise. The doctor’s face is emblazoned on everything from coffee mugs and cushion covers to “I Love Fauci” T-shirts and hoodies.

But to Fauci (79), who’s been head of America’s National Institute of Allergy and Infectious Diseases (NIAID) for the past 36 years, the hype means little. He has a deadly serious job: to save lives.

To say he has a tough job is a colossal understatement – because thwarting him at every turn is an increasingly irrational President Donald Trump.

Since the start of the coronavirus outbreak, Fauci has been at Trump’s side at media briefings, offering sobering counterpoints to Trump’s breezy declarations about the disease, always respectfully correcting the president’s “facts” about alleged miracle cures. Like how it would help fight the virus if people injected themselves with detergent.

But professional courtesy is evaporating fast. The two are on a collision course now, with Trump wanting to free the US from lockdown and reignite the economy and Fauci sticking to his guns: open the country too soon and you’ll give the virus-free rein.