At Home He Was A Gentle Giant 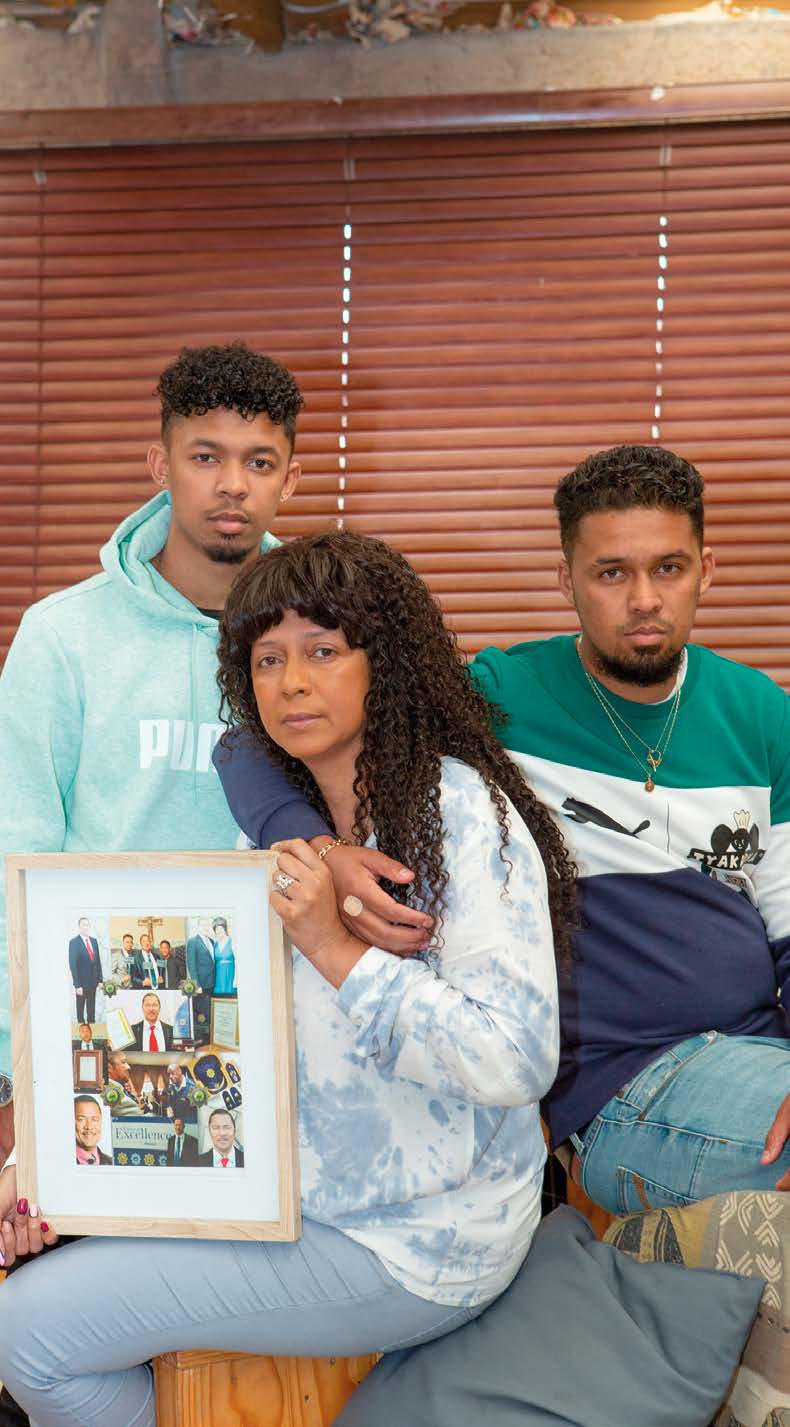 It was a special evening out for Nicolette Kinnear and her husband, Charl. It was her birthday and the couple were enjoying a romantic dinner at a restaurant when he appeared distracted.

Charl excused himself to make a quick phone call before telling his wife he’d just spotted a suspect he’d been tracking dining across from them and had called his colleagues to come to arrest the man. That was the kind of detective he’d been – determined, relentless, and never really off-duty.

This dedication to protecting his community and his country cost him his life when he was gunned down in broad daylight in front of his family home in Bishop Lavis, Cape Town, on 18 September.

Nicolette (47) and Charl (52) were childhood sweethearts who’d been together for 36 years and married for 26.

Nicolette, who works in sales and radio marketing, says her colleagues would jokingly tell her Charl lived a double life. “He presented himself – and he had to – as this hardcore, don’t-mess-with-me guy because of his job,” she tells YOU at their home a few days after her husband’s death. “But at home he was a gentle giant with the voice of an angel. People couldn’t believe that side of him.”

Charl, a lieutenant colonel in the South African Police Service, was one of the country’s top detectives and the section head of the anti-gang unit in the Western Cape.

At the time of his murder, he was investigating a nationwide gun racket involving underworld figures and corrupt top cops believed to be colluding with officers at the Central Firearm Registry to illegally produce firearms licenses.

Nicolette knew something terrible had happened when her elder son called her that Friday afternoon.

“It’s the one phone call I think you’re always anticipating because the possibility is always there,” she says, her voice cracking slightly. “He told me, ‘Dad is gone’.

“When I got home, the reality hit.”

THE ace detective was planning to retire at the end of the year and had told his family the big news in June.