A War With No Winners 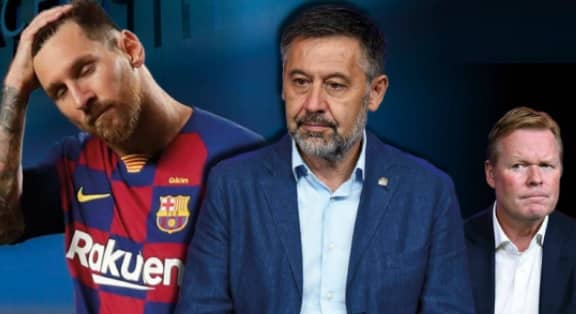 Dennis Cavernelis
Of all the reactions to the outcome of the will-he-stay-or-willhe-go drama that dominated the world sport for weeks, the response from many of his fans is probably the most telling.: they’re devastated.

You’d think they’d be overjoyed – Lionel Messi, arguably the best footballer the world has ever seen, is staying at Barcelona, the club to which he’s dedicated the best 20 years of his professional life.

They wanted him to go as much as he himself wanted to. And the fact that they’re distraught speaks volumes about the parlous state of affairs at Camp Nou.

Messi’s battle with the Barca bosses is over for now but there are no winners here – and it’s safe to say some of the magic has gone out of the once-mighty club.

Messi, a goal-making marvel and a genius of the game, is bitter and resentful, forced to stay at a club he loves but now finds intolerable. And the bosses are left with a team in tatters, its star player in despair and morale at an all-time low.

At the nub of the Messi, the matter is this: a clause in his contract allowed him to leave on a free transfer at the end of each season as long as he announced his intention to do so by 10 June.

Because the 2019/20 season was first postponed then extended by the coronavirus pandemic, his lawyers argued this opened a gap for him to leave.

Barca disagreed, saying the 10 June deadline had never changed. If he wanted out, he’d have to fork out a €700 million – R14 billion – buyout penalty.

There was plenty of back and forth but in the end, the bosses won if you can call it that.