A Bit Of A Breather 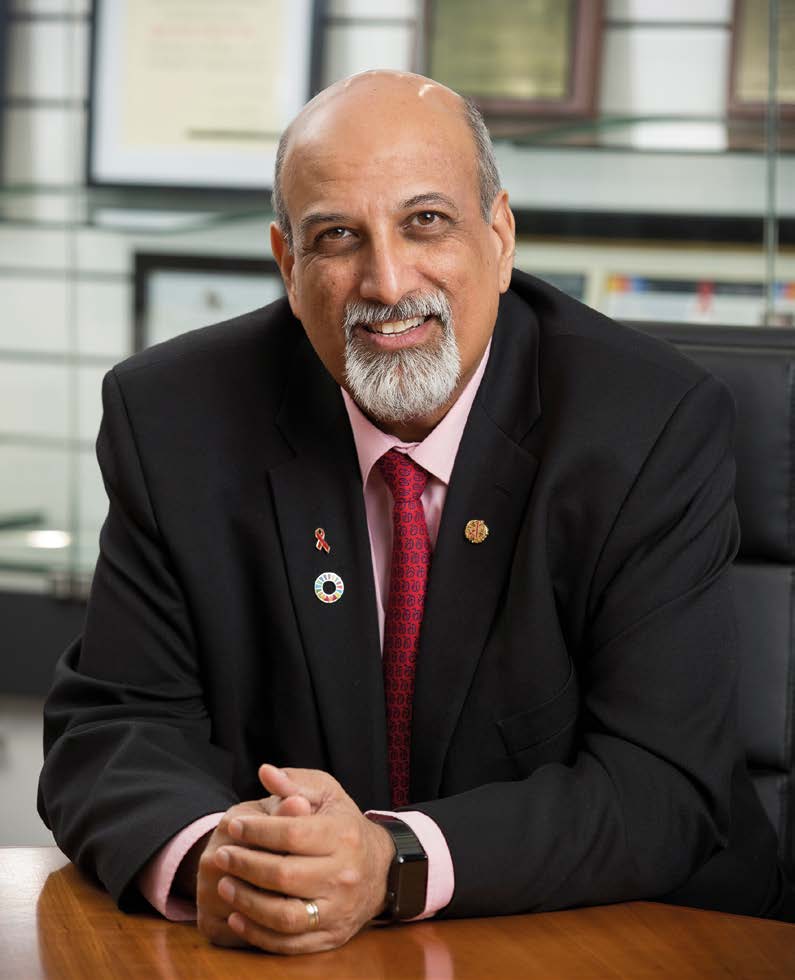 A Table groaning with delicious doughnuts, flaky croissants, and enough koeksisters to satisfy his sweet tooth. It may seem a little indulgent for breakfast but it’s not everyday Professor Salim Abdool Karim takes the morning off.

Still, this is a special occasion: his 60th birthday. And if anyone deserves a little downtime, it’s the good prof.

As government’s chief adviser on Covid-19 “Slim”, as he’s known to his friends, has been working around the clock – and he’s the first to admit trying to get a handle on the deadly virus has been a Herculean task.

“Covid-19 is non-stop work because there’s so much to do, and it all needs to be done quickly because the epidemic moves so fast,” he tells YOU.

“If you lose two or three days, it’s just too much. The epidemic will get ahead of you. We’ve really had to pull out all the stops over the past few months.”

With numbers easing somewhat now and evidence that the country has passed its first wave, Salim is finally able to take a bit of a breather. But work is never far from his mind, not even on special occasions.

For his birthday, his children gave him a customized hoodie with #ProfKarim emblazoned on the back. On the front is his catchphrase, #NextSlide – because anyone who’s watched the professor give his updates on TV will know how much he loves a slide.

The kids were clearly having a good-natured dig at their dad’s newfound popularity. The scientist and activist has become a household name, thanks to his calm presence and easy-to-understand explanations of where SA is tracking with the pandemic.

But for Salim, the best birthday gift was having all his kids under one roof. “Both my daughters live in Johannesburg and my son lives in Cape Town, so it was really special to have them come over during lockdown,” Salim says, chatting to YOU from his offices in his hometown of Durban.