Why Iranians Continue to Seek Refuge in Australia 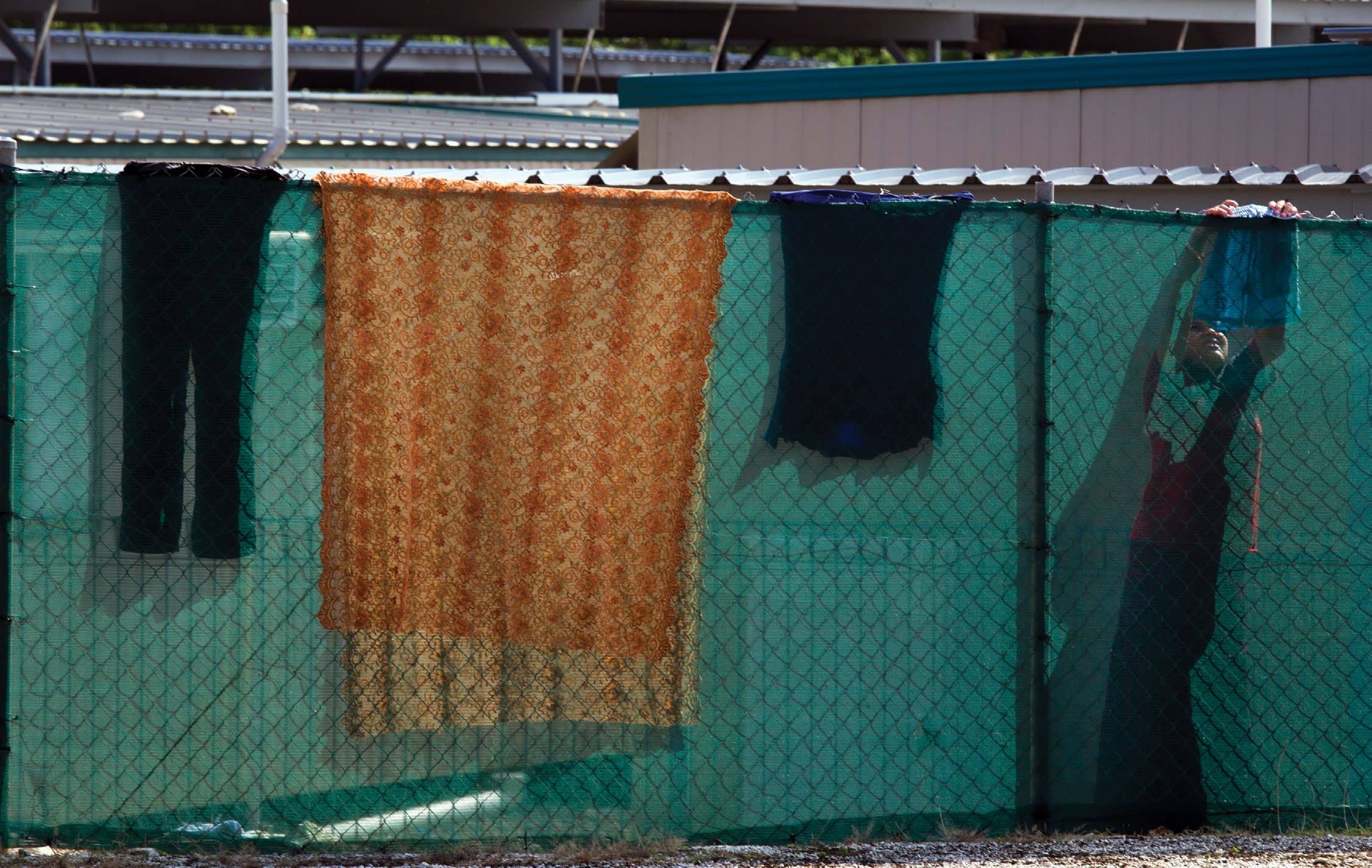 Shokoofeh Azar moved to Australia as a political refugee in 2010. Her novel The Enlightenment of the Greengage Tree (see WLT, Spring 2020, 96), originally written in Farsi, was shortlisted for Australia’s 2018 Stella Prize for Fiction and the 2020 International Booker Prize. Here she recalls her refugee journey from Iran to Christmas Island and reveals why Iranians continue migrating to Australia, despite the absence of war.

I escaped from Iran after experiencing three months of solitary confinement in one of the many unknown prisons in Tehran. This included many horrifying interrogations involving both physical and mental torture. Because of this, I was not able to concentrate on my circumstances in the refugee camps when I came to Australia as a boat asylum seeker in 2010. My memories of the three months in solitary confinement were so horrific that I often prefer to be silent about it or quickly pass over it. In solitary confinement, there was no light. The door was opened only when a dirty dish of food was pushed in or I was summoned for interrogation. These interrogations were long and involved sexual humiliation and threats while asking many questions about my ex-colleagues, my personal life, my friends, family, job, etc. I was devastated from many long and successive interrogations, mentally tired, and terrified when I reached Christmas Island; most of the time I preferred to be alone and silent in the corner of the camp. Actually, reaching Australia, even the refugee camp, was like a safe and friendly place where my brain could reset and my body could feel safe.

It was October 1, 2010, on the morning of a sunny day, when I got off an Australian Navy vessel surrounded by security guards along with seventy-four other asylum seekers. We had landed on Christmas Island. The turquoise blue of the Indian Ocean merged with a beautiful green sapphire color. Were I not captured by the hands of fate, wouldn’t Christmas Island have been an ideal destination for a perfect holiday? Blue skies, tall palms, dense jungle, turquoise-blue sea, as well as a beautiful, clean, and quiet beach. Then we were taken over a hill in vans to a large hall. I will never forget the white banner next to the gate: “Refugees are welcome in Australia!” My first impression was that safety and warmth were injected into my cold veins.

From the large windows of the hall, I could see the beach below and the forest. The forest always makes me feel safe, as I grew up in the rain forest in northern Iran. After those horrifying months in Tehran, the panicked weeks’ journey to Indonesia, and the five days of stress and hunger at sea on a rattletrap boat, everything suddenly seemed to be safe.

The behavior of the security guards (Serco), immigration officials, and translators was courteous and sometimes occurred with a smile. Their response was as if our sudden presence on Australian land was not surprising at all, and it seemed that they were even waiting for us. Everything was in a predefined order. That regularity, as well as the polite behaviors of the people working there, gave me the feeling that everything was okay. I felt that I was safe and that the rest of the refugee process would be all right in the end.

But other Iranian refugees had a dissimilar experience at the same place at a different time. Just three years later, Behrouz Boochani, another Iranian journalist, had a different experience from me on Christmas Island. As he stated in his award-winning book, No Friend But the Mountains, he felt insecure and unwelcome as soon as he stepped onto Christmas Island. Behrouz was told that he could not stay on Christmas Island and that he had two options: he could return to where he came from, or he would be transferred to a remote island in Papua New Guinea. Unfortunately, four days before his arrival, Australia’s refugee law had been changed by then Australian prime minister Kevin Rudd, from the Labor Party.

“SO YOU ARE A WRITER, NOT A JOURNALIST”

IN THE HALL, after I had some warm food and drink, I was given a form about the details of my education, occupation, family members’ names, etc. Translators were everywhere, and they helped us fill out the forms. Serco officers, and several employees of the Australian Immigration Department, were courteous and helpful in answering our questions.

When my form was filled out and given to an immigration officer, she saw me in person. She rechecked my name and birthdate. Then she asked what my job was. “Journalism,” I said. She looked at the form and asked doubtfully: “You are a journalist or a fiction writer?” I said again: “I am a journalist, but I have published a couple of storybooks, too.” Then she said with particular emphasis: “So you are a writer, not a journalist!” I could not understand what she was trying to say. So, feeling quite stressed, I said: “No! I am a journalist. I have been a professional journalist for eleven years in Iran. Is there any problem?” She paused and gazed into my eyes and said, “So, you are the first journalist who has come to Christmas Island by boat. I have worked for fourteen years in the Immigration Department of Australia and never ever saw or heard of a journalist coming here by boat.

There was no optimistic emotion in her face. On the contrary, it seemed that she was upset about this. I smiled with uncertainty and said, “It’s probably my misfortune.” She shrugged and went away.

However, she was right. I remembered that all my former colleagues had taken refuge in European countries and the United States because there are Iranian satellite channels abroad there, such as BBC Persian (London), Voice of America (Washington), Deutsche Welle Persian (Berlin), and Radio Free Europe in Persian (Prague). And they could have worked there. But I was unlucky. The smuggler who I found could not take me to Europe or the United States, and the land route to those countries was very long and dangerous. On the other hand, I didn’t have enough money to wait in Turkey for months or even years for a UN refugee visa. The only possibility that existed at that time, for me, was Australia, and by boat. That’s why I was the first Iranian journalist who fled to Australia by boat.