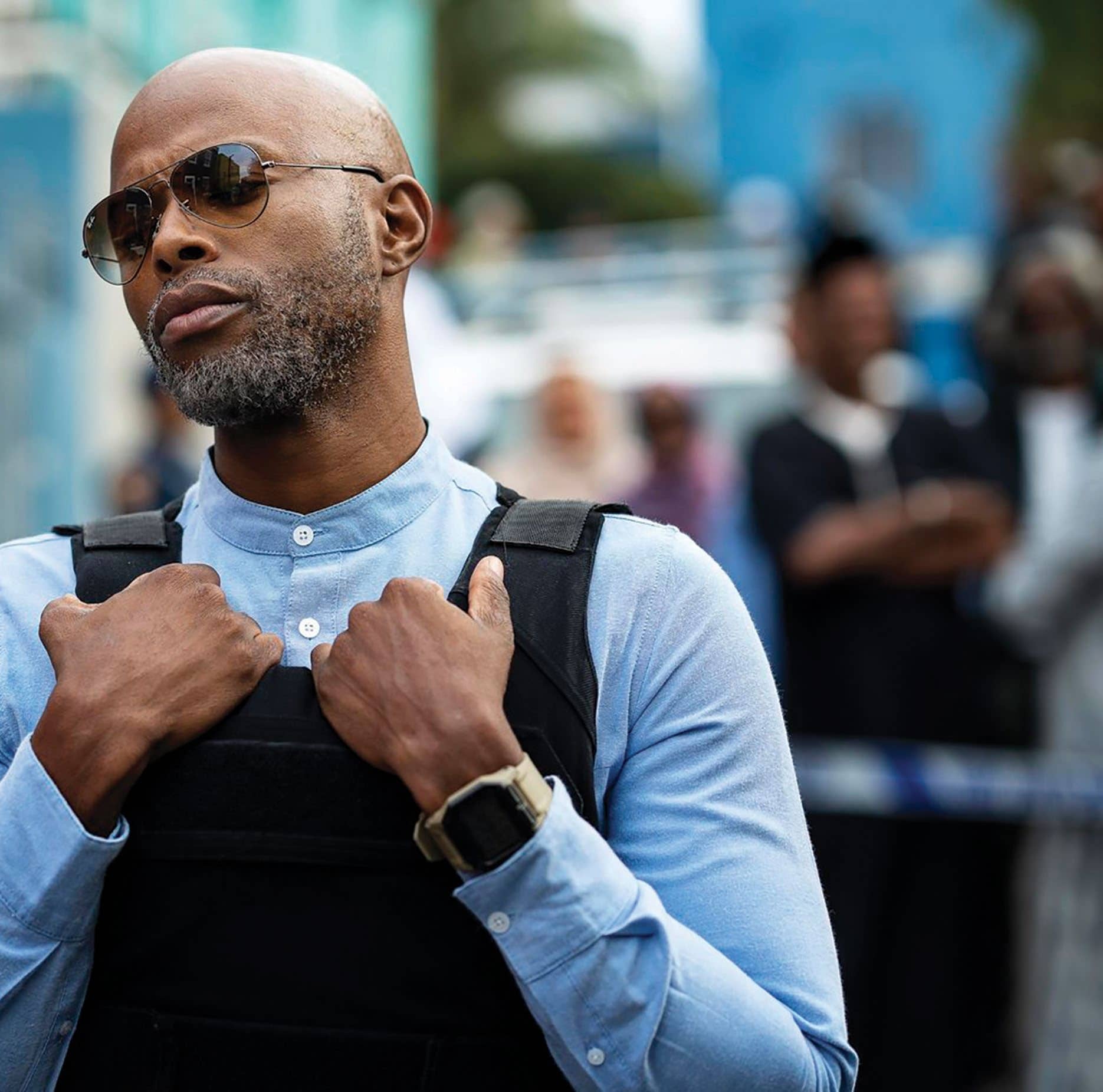 Encountering postapartheid Afrikaans fiction for the first time, particularly the fast-paced crime novels of Deon Meyer, the author finds that the most unexpected element is the new lack of segregation between Afrikaans and English.

Since the end of South Africa’s apartheid regime in 1994, there has been an unexpected boom in crime fiction written in Afrikaans. South Africa of the 1970s and ’80s, under a totalitarian, nationalist government, was not a country in which police officers and crime investigators could be portrayed as sympathetic protagonists. As Deon Meyer, the only internationally best-selling Afrikaans crime-fiction writer, remarked in South Africa’s Mail & Guardian: “It is very difficult to have a cop as a hero if he works for an evil regime. You don’t tend to find crime thrillers in any community where a ‘nondemocratic’ situation prevails.”1

Also unthinkable in the era of apartheid would have been a proliferation of cop duos pairing a black investigator with a white one, as is now common in South African crime novels, or a white officer and one of mixed race, with the white officer often the lower-ranking partner. Except for Meyer’s books, which have been translated into twenty-seven languages, much of this Afrikaans crime fiction—a best-selling phenomenon within South Africa—has remained untranslated.

I first read about Deon Meyer in an enthusiastic Guardian article by the South African expatriate Matthew Lewin, who in 2007 had just returned to South Africa for the first time since the apartheid government had fallen. There, to his surprise, he discovered what he called the new Afrikaners: “At a restaurant in Cape Town we heard the people at the next table speaking in Afrikaans, and I made a profound discovery: I didn’t have to hate these people anymore. They were no longer the oppressors, the political dinosaurs, the bigoted racists that I had known before my flight to England. On the contrary, they were now the chief agents of change, the people who saw the writing on the wall, understood the words and acted on them.”2