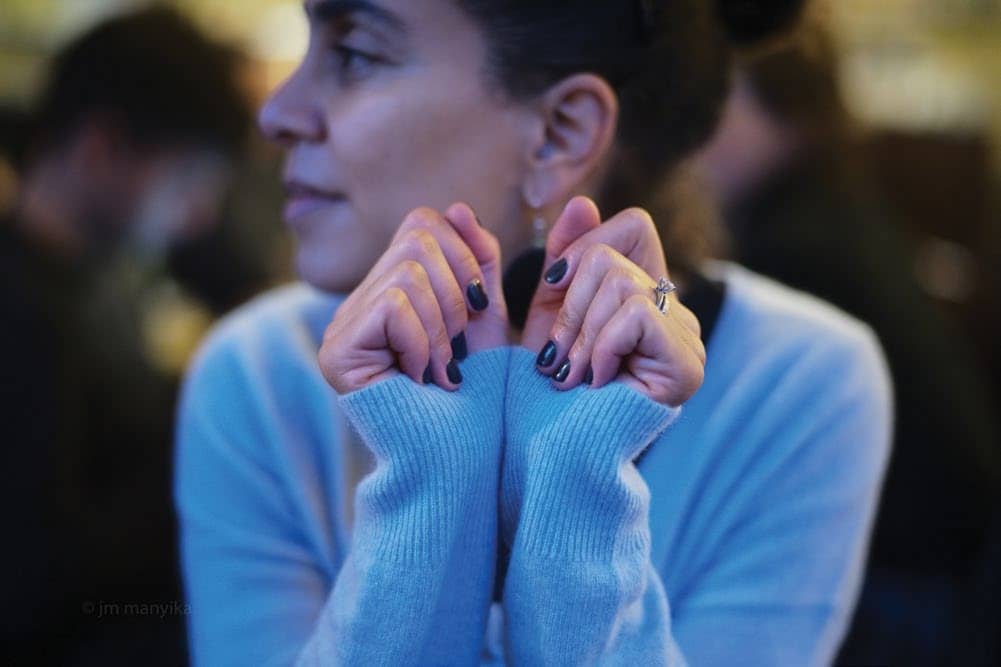 A Conversation with Sarah Ladipo Manyika
By Erik Gleibermann

Erik Gleibermann: I was thinking that In Dependence becomes a phenomenon of a particular kind in a particular country. So if we look at how it is received in Nigeria, then in the US, the UK, and also other countries in Africa, it will help us understand what your book is and what it can do. The book can also be a vehicle for understanding what is happening in these countries around the issues of interracial relationships and race in general. I am particularly interested in what is happening in Nigerian secondary schools.

Sarah Ladipo Manyika: I often think that a novel reads us as much as we read a novel.

So it’s interesting to see how In Dependence was read over a decade ago compared to how it’s read today in places like America, England, and South Africa. At the core of In Dependence is an interracial love story. You can think about love stories in different ways. You can think about a love story as being between two individuals, but you can also look at a love story in its larger macro context. It can be set in a time of war or civil rights activism or in a time of apartheid. Mine begins in the 1960s when there was a societal resistance to interracial relationships, as there still is in the UK, in the US, and many other places. It feels like a universal story because we’re still thinking and talking about these issues of race. You look at England, where the most popular couple is Meghan and Harry. There are a lot of people who are really excited about that, but there are a lot of people who are saying negative things. In the US, how many years are we past Loving v. Virginia (1967)? But look at these issues reflected now in public culture. Look at the film Get Out. There’s room for many more stories about interracial relationships. There really aren’t that many.

Gleibermann: Have you had the opportunity to see how readers in their particular racial context experience the novel? For example, in the United States, I’d say there’s a level of intensity and tension that readers might bring to a story like this or just different variables because they’re looking as North Americans. Of course, Nigeria has its own set of variables for how it deals with interracial relationships.

Ladipo Manyika: I’m always cautious to say a whole country has reacted in this way. Readers come with their own understandings, their own histories.

Gleibermann: Right. There’s probably as much multiplicity within countries as between countries.

Ladipo Manyika: In America and in Britain, we’re living in somewhat polarized political times when there is a strong thread of the fear of the other. It’s not just about race. It’s a fear of something you don’t understand. It’s not familiar. And that feeds into the response to the novel. I feel that in the US we haven’t really dealt with the legacy of slavery and racism. But I also want to say that when we are talking about the interracial aspect of this story, there are others. There are notions of masculinity, of class. I don’t want to reduce it all down to race. Is race what ultimately causes many of the frictions and tensions in the relationship? In society you have all these macro issues that weigh upon the relationship. But then we have the two individuals who have weaknesses and flaws. It’s a balance between those two.

Gleibermann: One of the ironies is that they are drawn to each other’s cultures. You could almost say they find a home in the culture that is not theirs, whether it’s Tayo listening to John Coltrane as opposed to highlife music or Vanessa living her best years in Senegal. I assume that is not just by chance. There’s a certain comfort that she feels there.

Ladipo Manyika: I think they are both curious about each other’s cultural heritages, but at the same time they’re just drawn to aspects of each other’s personalities. Tayo is attracted to Vanessa’s independence. That’s another play on the title of the book. She’s outgoing. He finds that attractive. She is drawn to his charm, his laughter, his good looks. And they are both young. They are both students. One could argue that university campuses are islands. So these relationships might flourish in a university context, but then when you get out into the bigger world, it might be more problematic. I’m thinking again about the film Get Out, where it’s when they go back metaphorically into the country that things get a little crazy. And this links into our conversation about cities. In London or Paris you see interracial relationships. It seems like the norm.