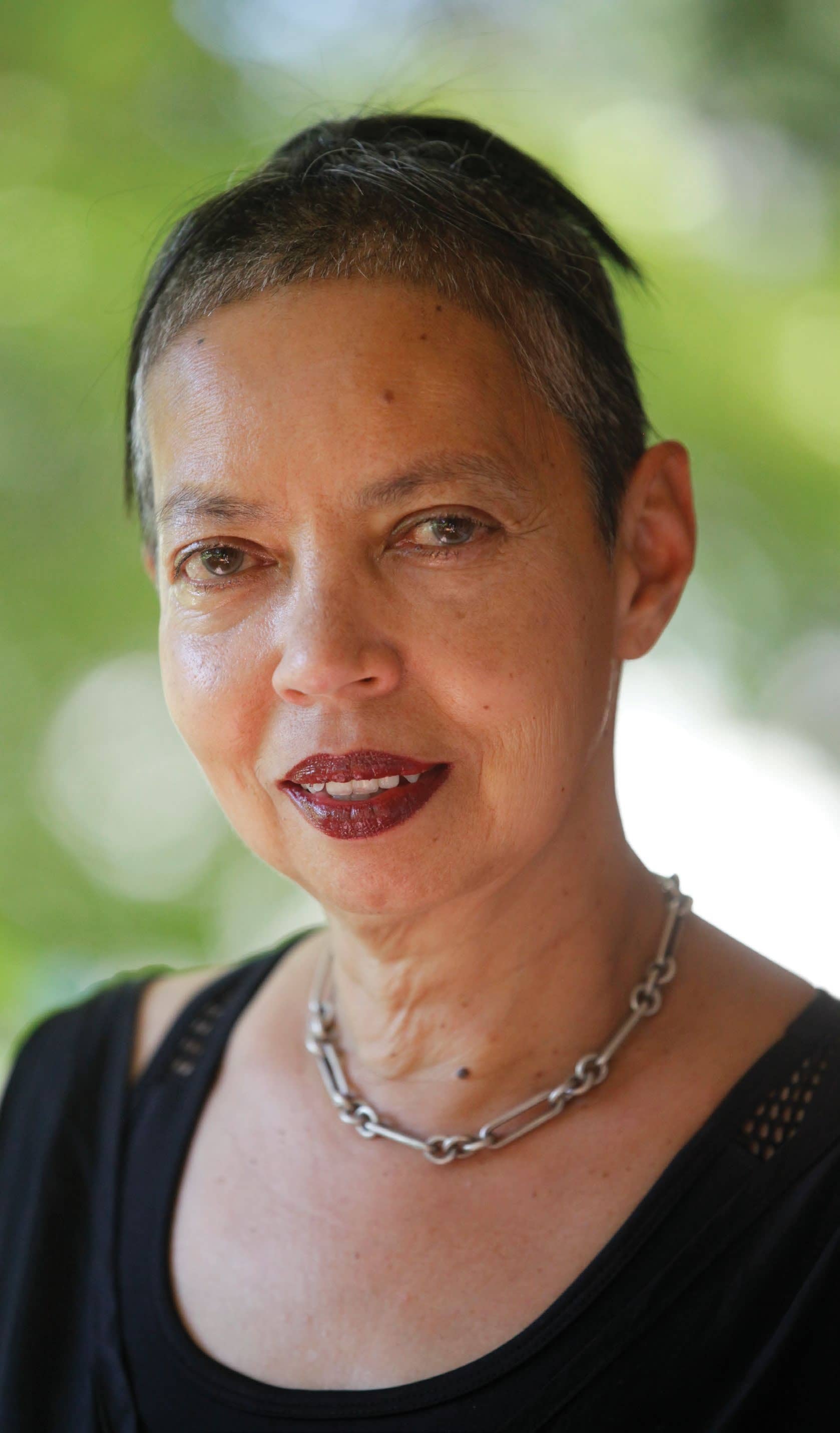 A Conversation with Michelle de Kretser

Australian novelist Michelle de Kretser was born in Sri Lanka and immigrated to Australia when she was fourteen. She worked for many years as an editor at Lonely Planet and was responsible for setting up their French series as well as a travel literature series, Journeys. The author of several award-winning novels, de Kretser published her most recent, The Life to Come, in 2017. It won the 2018 Miles Franklin Literary Award and the 2019 Christina Stead Prize for Fiction. A short monograph, On Shirley Hazzard, was published in 2019.

De Kretser lives in Sydney, where she is an honorary associate of the English Department at the University of Sydney. Her fiction is both vividly grounded in place and transnational. Her settings include Australia, Ceylon/Sri Lanka, France, Italy, and India. A. S. Byatt has described de Kretser as “a master storyteller who writes quickly and lightly of wonderful and terrible things.” Neel Mukherjee called her “preternaturally attuned to the patient rage of history,” while Hilary Mantel notes de Kretser’s “formidable technique.”

In this conversation, de Kretser and Roberta Trapè discuss tourism as privilege, casual racism, Australian politics, Shirley Hazzard, and the role of clothes in fiction.

Roberta Trapè: Your writing is deeply connected with the idea of movement, translation from one place to another, often migration. And with history, I would say. Are there particular reasons for these interests?

Michelle de Kretser: The twentieth century saw mass movements of people in unprecedented numbers: tourists, refugees, guest workers, migrants, students, troops deployed in war and peace. These movements continue apace today. I’m interested in exploring this phenomenon because as a novelist I’m interested in how the world works and trying to figure out how we have ended up here.

On a personal level, travel of various kinds has played a significant role in my life. I migrated from Sri Lanka to Australia; I spent several years studying and later working in France; I worked for a publisher of travel guides for many years; I moved from Melbourne to Sydney, and I continue to travel for both pleasure and work.

My family left Sri Lanka because of language politics occasioned by the rise of nationalism in the aftermath of empire. Consequently, I had a sense from early on of the enormous impact that large, historical events can have on small, individual lives. So yes, I’m definitely interested in history, in the intersection of the self and the historical moment.

Trapè: Your fourth novel is titled Questions of Travel after Elizabeth Bishop’s poem of the same name, which you quote as one of two epigraphs, the second being from E. M. Forster’s Howards End. The epigraphs question each other. The Forster quote, which comes first, is: “Under cosmopolitanism if it comes, we shall receive no help from the earth. Trees and meadows and mountains will only be a spectacle.” The lines you used from the Bishop poem are: “But surely it would have been a pity / not to have seen the trees along this road / really exaggerated in their beauty.” Why did you choose them?

de Kretser: I’m interested in complexity. Travel is a large phenomenon, and some of its facets are directly contradictory. I chose the epigraphs to suggest the sense of drift, the loss of historical and emotional connection that can come with travel, as well as the joyful revelations that it can bring.

Trapè: Questions of Travel charts two very different lives, separated by time and space—Laura, born in Australia in the 1960s, and Ravi, born in Sri Lanka, first seen as a child in the 1970s. Laura travels the world before returning to Sydney; Ravi dreams of being a tourist until he is forced to leave his country. Laura and Ravi each have near-alternating chapters through forty years of separate travels, restlessness, and movement. The counterpointing of Laura’s story with Ravi’s throws a particular critical light on the former. Laura lives the relatively privileged life of an expat: she can leave any time she doesn’t like a place. And of course elsewhere she is a tourist; she travels for pleasure. Travel is fairly uncomplicated for Laura, since she has money and a passport that carries her easily over borders, whereas it’s difficult for Ravi, who is poor and whose Sri Lankan passport is not looked on favorably. Your book questions tourism and explores the issue of tourism and travel—and forced migration.

de Kretser: You’ve summed it up beautifully. I was preoccupied with the questions Who travels? Who doesn’t? Why? I very much wanted to show tourism as a privilege—different in scale but not in kind from having the money to eat well or dress fashionably. It seemed to me, from years spent working for Lonely Planet as well as from listening to middle-class Australians talk about their holidays, that tourism was seen by privileged people as a transcendent phenomenon. For instance, traveling for pleasure was habitually referred to as travel, rather than tourism, because travel sounds grander: more cultural and less coarsely material. The privileges that make international tourism possible (wealth and leisure) were never mentioned. Instead, tourism, masquerading as “travel,” was presented as something akin to a spiritual practice that widens horizons, increases knowledge, opens the self to otherness, and generally ennobles the tourist. I hoped to show the materiality in which tourism is always embedded as well as to question the claim that it changes the tourist for the better.

Trapè: You involve the reader in this beautifully constructed novel, startling us into reflections on the difference between those who travel for pleasure and those who are forced to leave their homelands, between tourism based on privilege and money and escape from terrible conditions. Do you think that fiction can contribute to creating empathy with other people’s suffering?

de Kretser: It might, if receptiveness is already there in the reader. But that’s relatively rare. Look at the insatiable, dreary demand for “relatable” fiction.

It seems as if most readers only want to read about people like themselves.