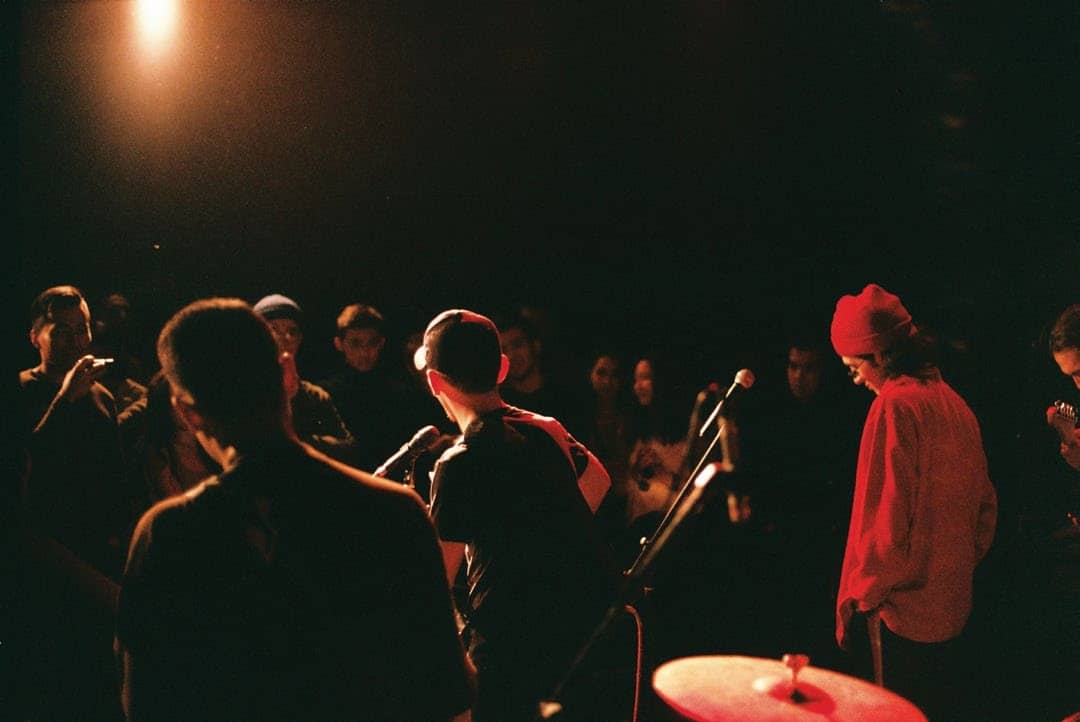 Our problems have now risen to such a height as to render any solutions seem-ingly superfluous. Climate disasters, widening economic inequality, and the strong hands of the authoritarian close in on all sides. Confusion is the only state we can be certain of. One could be forgiven for thinking that we are all heading straight down into darkness. And yet acts of dissent are visible from all corners of the globe—one of which is to be seen in Almaty, Kazakhstan’s second city, where a small number of musicians are bringing their art and activism to a country that has been hearing monotones for many years.

We met them by accident. In the center of Almaty is an old warehouse building, now called Transforma, which has been reappropriated by artists and craftspeople. It’s typical of anything you’d likely find in Shoreditch or Brooklyn; high ceilings, bare rooms with a few plastic chairs at the center, empty beer cans with cigarette butts spewing out the top. It was a Saturday when we arrived, and there weren’t many people. We saw only a figure slouched in a darkened corner and, opposite, a tall, slim couple fitting T-shirts to mannequins under bright lights. Ruslan would tell us later that rents were rising and everyone was getting ready to move out.

It was our last day in central Asia. I’d traveled with a photographer, Pauline Blanchet, for the last several weeks from Turkey, across the Caspian, through Uzbekistan, Tajikistan, and Kyrgyzstan. The day before we’d taken shared taxis and hitchhiked through the east of Kyrgyzstan and into Kazakhstan. The border crossing was a small cluster of buildings, and the steppes were wide and fertile until they reached the snowy mountains that are China’s western border. We’d arranged to go to a BBQ with some people who were based at Transforma, but when we arrived, there was no one there, only a café worker reclining next to an enormous statue of the Hindu god Ganesh. Dejected, we headed up the metal staircase to find the closest bar.

“Can I help you?” That’s Ruslan. He’s tall and skinny with an authoritative face of clear skin, strong cheekbones, and a general demeanor bordering on the angelic. He says that he’s a creative producer for a group called Qazaq Indie, working with musicians and poets, one of which, a poet, sidles up beside him. “This is Samrat,” he says, pointing at the man next to him. There was to be a concert that night featuring some of the acts Ruslan is involved with. Will we meet him there and he can tell us about his work? Samrat agrees to show us the way to the venue.

Walking past Soviet-era monuments and the burgeoning array of Dior, Gucci, and Versace stores, the three of us begin to discuss Kazakh politics. The republic was formed in 1991 following the collapse of the Soviet Union. Nursultan Nazarbayev took the president’s office and held it until March 2019 when his chosen successor, KassymJomart Tokayev, took over—though Nazarbayev still holds various positions including head of the Nur Otan political party. Protests against the government have started to grow in size and scope of demands. The day before, on Constitution Day, thousands of soldiers and black-suited security officials had been brought into Almaty in anticipation of demonstrations.