A Date With Svetlana Alexievich In Berlin Or, Smuggling Bugs Into Soviet Moscow 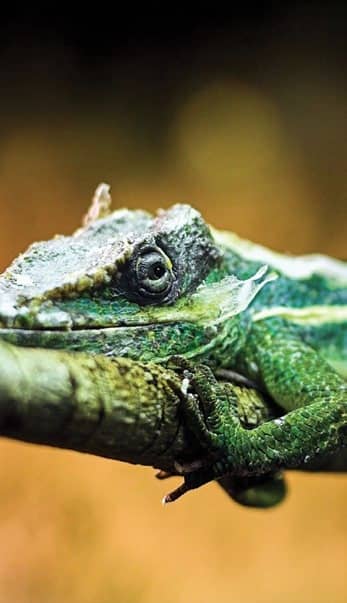 A Cuban writer, having lived in Soviet-era Moscow and East Berlin in the 1980s, reflects on real-life bugs and make-believe characters.

I hadn’t been back to Berlin since the mid-1980s, but I used to go there quite often as a teenager. In fact, Berlin was the first city I set foot in outside of Cuba. We stopped there on the way to Moscow for what back then was called “habilitation,” meaning the purchase of clothes at the state’s expense so that impoverished Cubans would not look so impoverished when they were seen in foreign lands. There were a couple of stores on Calle Galiano in Havana where travelers were sent as well. In fact, the visit to Galiano was the first leg of the trip. Buying shirts and underpants, ties and moccasins, was a trip unto itself!

The most senior of functionaries like my father—who back then held a position in a bank that was responsible for counting the money that Eastern Bloc countries owed one another—traveled to Berlin to “habilitate” themselves. If you were going to work in the East, you traveled first to Berlin, to East Berlin; if you were going to work in the West, you’d go instead to Paris or Madrid for such purchases. Thanks to that, I was able to see the Wall when it was still standing. I saw it from the front and from the side. And I saw it from above, from the window of an apartment where we stayed on one of the “habilitation” trips, and from where you could also see the West. Later we’ll return to that window, not to look outside, but rather to observe what’s going on inside.

I’m still the little savage I was then, and when I enter the apartment on Hussitenstrasse, 5, I go straight to the refrigerator. It’s empty. I have forty-six hours ahead of me in Berlin, an appointment with a lady who can lead me to another, the vague idea of locating the building where I spent my first night in Berlin in 1982. The empty refrigerator vexes me. I hoped to see a yogurt, at least, or a sausage or two. Though I certainly wouldn’t have touched anything. But it was on a night in East Berlin in 1982 when I discovered that real socialism allowed for the possibility of a table with decent provisions on it. I couldn’t accept anything less now.

I go outside and walk along the green space that follows the course of the Wall and its exclusion zone. It’s the Berlin Wall Memorial. The words of the trapeze artist in Wings of Desire come to mind, the film Wim Wenders shot shortly before the city and the world grew up in 1989: “In any case, you can’t get lost. You always end up at the Wall.” “Even when it’s no longer there,” I say to myself as I walk toward the Supersonico on Bernauer Street 71–72. A name for an Italian restaurant that seems particularly suitable for a continued overlapping of past and present, flooding the Berlin air with its accordion sound.

AT NIGHT I HEAD over to the Adlon Hotel and the Brandenburg Gate. I wander for a bit through the cold, dark streets. Later on, during dinner at a bistro surrounded by noisy, gay Germans, Arcadi Espada and I converse about the interview we're doing with Svetlana Alexievich the next day for the Spanish newspaper El Mundo. The ardor of our conversation and the serenity brought on by foie gras and tartare predispose us to walk home along Bernauer. I take a picture with my back to the Wall and my arms open. The foie gras–induced calm has been superseded by tackiness. I go to bed with Joseph Anton, the memoirs of Salman Rushdie, the story about how he became a writer. I let myself be swept along by the dream of the young Belarusian girl who ended up astounding the world with the most extraordinary fresco imaginable of the Soviet and post-Soviet world.

Svetlana Alexievich was waiting for us in an elegant apartment in Steglitz, to the south of Berlin. Her assistant wrote in a text, “Buzz ‘Barrios’ on the intercom.” Just like that, with “Barrios” in Spanish. I felt as if she were waiting for us on the comfortable side of my tongue.

Svetlana is a small and firm woman, with an affable face and manners that are soft but energetic. There’s a slight rural air about her. Perhaps it has more to do with the perceiving eye that places her in the middle of a wheat field where everything is rumor and murmur. She is a woman who has listened so much (she says of herself that she is a woman-ear in contrast to Flaubert, who called himself a man-pen) that she seems less interested in speaking than listening.

I’d seen her before; I was in the audience at a presentation she gave in Barcelona after she won the Nobel Prize. I could have approached her. I’d been seated in the second row, an excellent distance for greeting her from and also for spending the afternoon staring at her bizarre shoes. However, on that occasion, I preferred not to. There were many who wanted to greet the Nobel winner, but she looked exhausted and even said so in order to cut the performance short. I gave up my place in line.