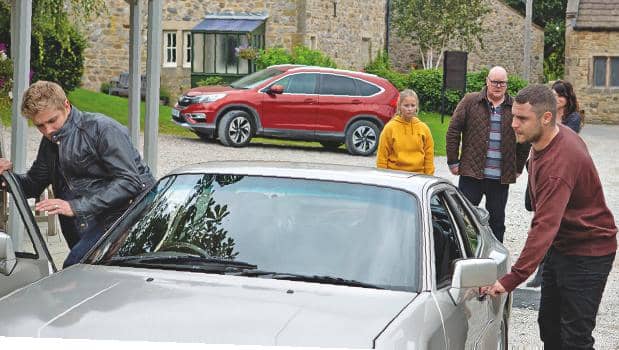 When he learns he’s facing a murder charge, Robert flees with Aaron…

After pleading guilty to attacking Lee and putting his sister’s rapist in a coma, Robert’s confident that he’ll be given a short prison sentence. But this week he receives shock news that could see him banged up for life!

‘Robert believes his guilty plea will ensure the sentencing is more lenient,’ says Ryan Hawley, who plays him. ‘He’s optimistic that he’ll only be in prison for a short time.’