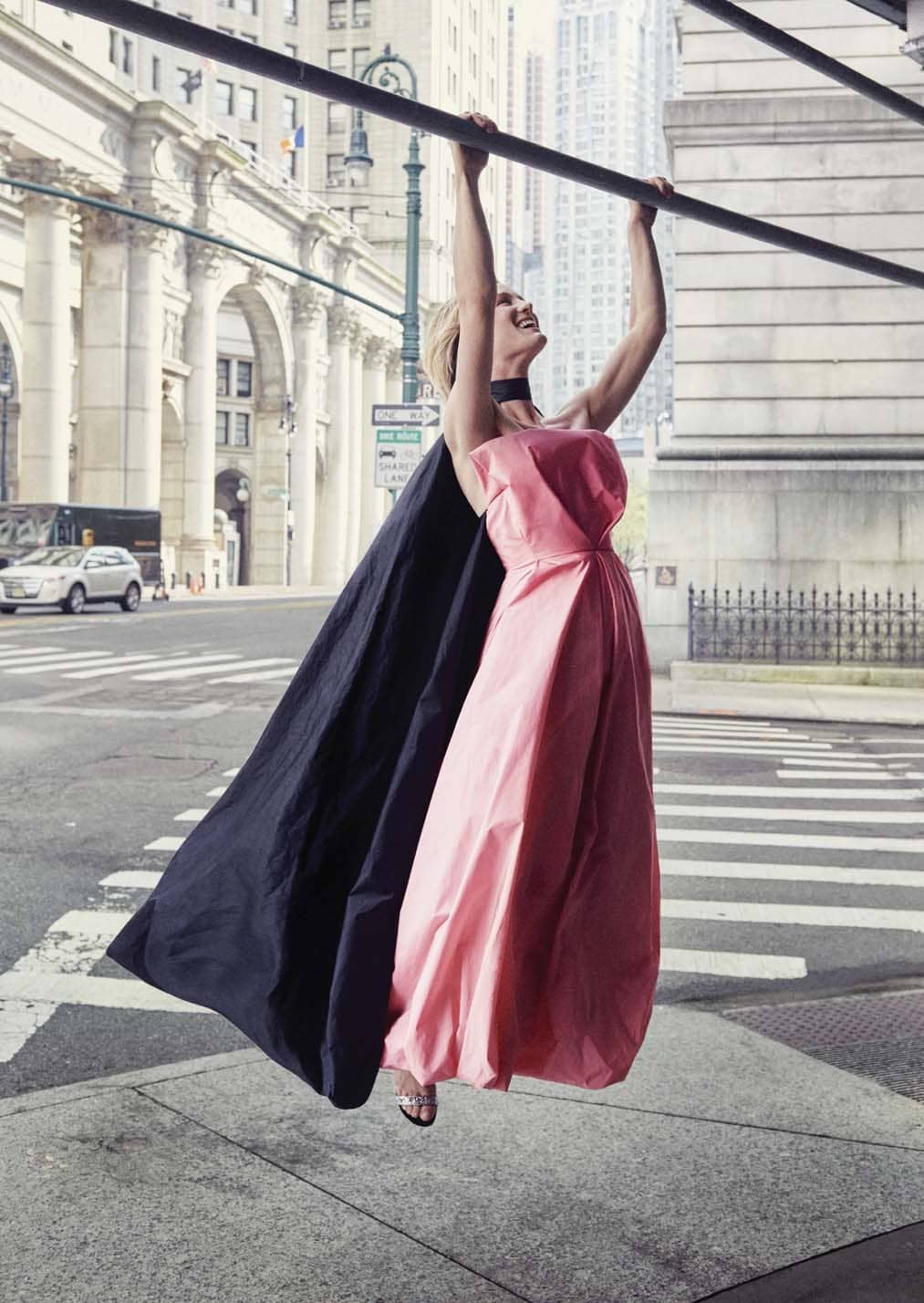 An ADVENTURE on the STREETS of LOWER MANHATTAN with MACKENZIE DAVIS, HOLLYWOOD'Sgo•to APOCALYPTIC MUSE, in the SEASON'S most cutting-edge COUTURE

Mackenzie Davis is absolutely worried about the rise of the machines.

“Yes,” she says when I ask if, like her character, Grace, in the upcoming Terminator: Dark Fate, she is stressed out about artificial intelligence imminently exterminating humankind. She is emphatic but incredulous, as if she can’t believe I had to ask.

Davis had spent the day before voguing around Lower Manhattan in this season’s most desirable couture. It threatened to thunderstorm the whole time and finally did overnight—drenching the terrace where we’re sitting on a Tuesday morning. There’s a nip in the air, so Davis is wearing a hotel-provided bathrobe. (She brought one for me too.) She shows me her two necklaces—one from her sister that reads KEN, short for Mackenzie, and an 1880s $10 coin on a long chain, nicked from her boyfriend for the trip. “He’s like, old-school American,” says the Vancouver, British Columbia, native, who moved to the U.S. to study acting after university. “It really reminds me of that Russian Doll coin that she wears.” 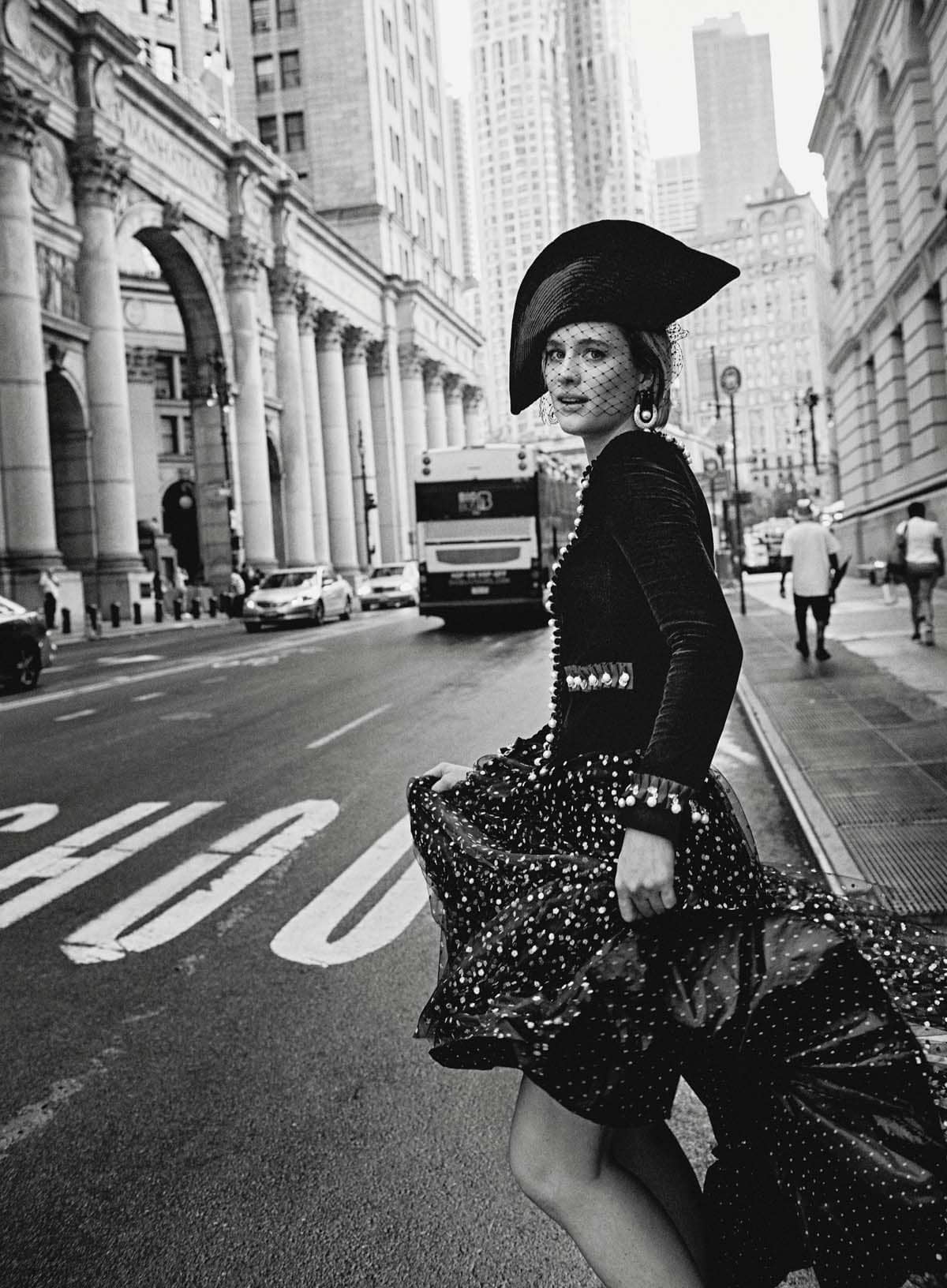 She unfolds again, and the scene is over. But her irritation isn’t, even if it’s couched in laughter.

“Just let me keep my mouth closed, you know?”

Anyway, the machines. She’s been worrying about Airpods lately. That the earbuds will just become smaller, until they’re a cochlear implant, or a microchip. She’s animated, talking through the scenarios. “And then you’ll just get cables”— she pauses, searching, and then her portent of doom comes out with laughter attached—“injected in your head! You’ll just get cables injected in your head.” 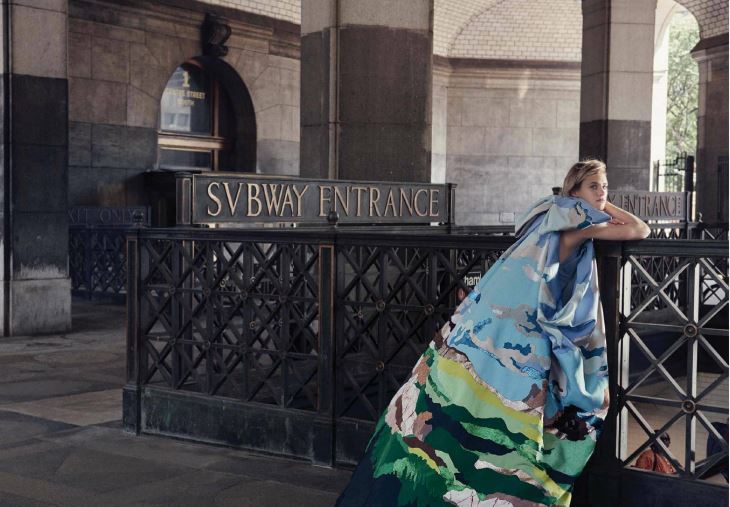 Winsome but bleak—that’s Mackenzie Davis. Over the course of her short career, dystopia has become an intimate part of Davis’s life. Before Terminator, there was Blade Runner 2049, where she played a hard-boiled sex worker in future Los Angeles. Before that there was her breakout in Black Mirror’s 2016 episode “San Junipero,” in which Davis and Gugu Mbatha-Raw played digital avatars falling in love in a spare near future. And before even that was Davis’s turn as brilliant punk programmer Cameron Howe in AMC’s Halt and Catch Fire. The series took place in the 1980s but commented on our current era of tech overlords while steeped in new wave hacker paranoia.