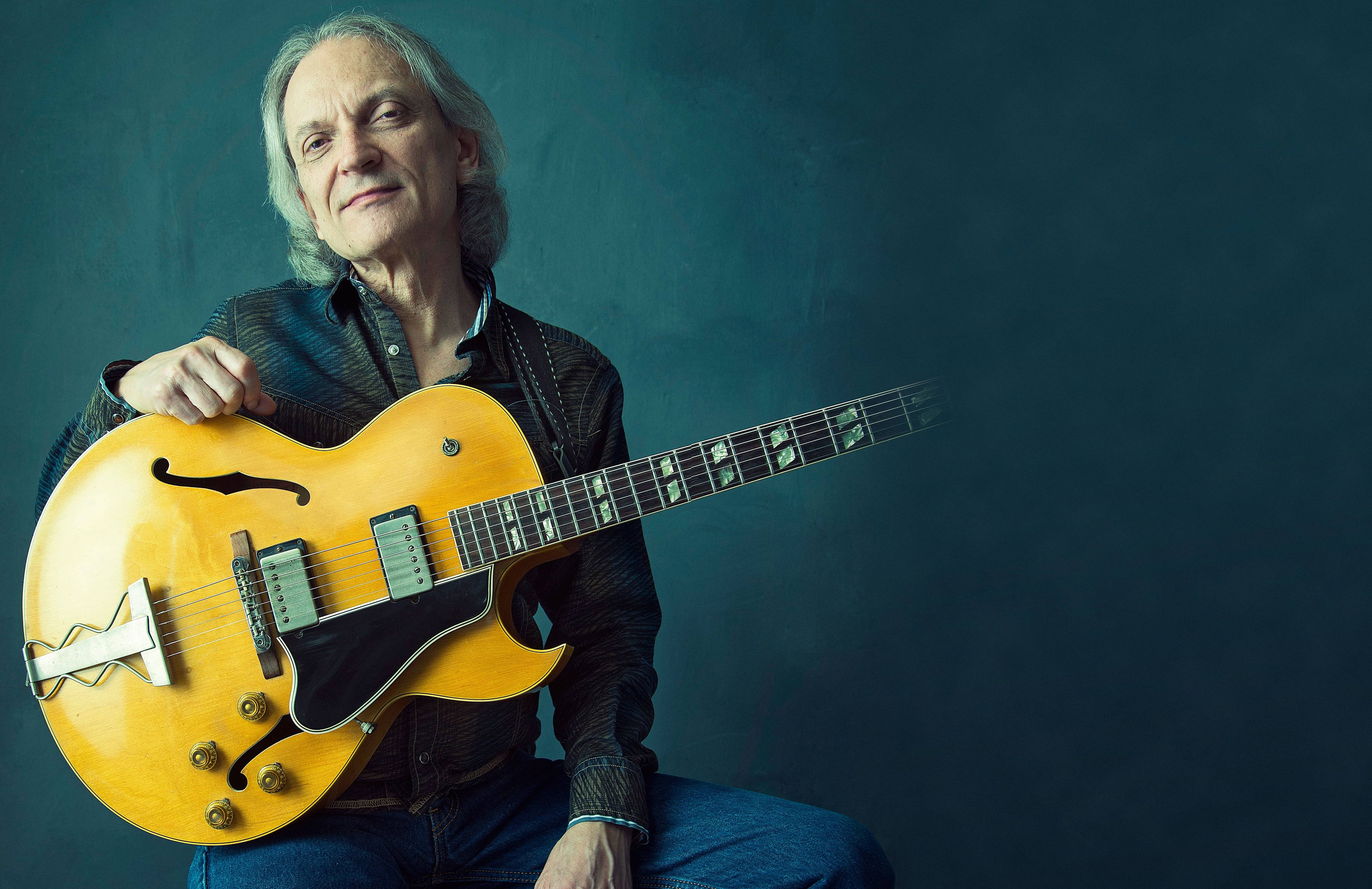 BENEATH SONNY LANDRETH’S BOOKISH EXTERIOR BEATS THE HEART OF A RULE-BREAKING MAVERICK. THE SOUTH’S GREATEST SLIDE MAN TOLD US ABOUT THE THRILL OF IMPROVISATION, HIS BATTLE WITH TENDONITIS AND HIS ‘THREE-DAY LIMIT’...

Look elsewhere for your industry-standard rock hellraisers. Sonny Landreth ticks precisely none of those boxes: no ego, no attitude, no Harley, no whisky – and definitely no tattoos. “I don’t like needles, man,” drawls the 68-year-old. “I’m not having someone sticking that stuff on me. Plus, I sorta change my mind about things. So a bunch of tattoos – it’s not for me.”

Yet beneath that bookish exterior – imagine a nuclear physicist spliced with Frasier’s Niles Crane – Landreth is more renegade than any rock pig. Born in 1951, schooled in the lineup of Zydeco king Clifton Chenier and closely tied to his native Louisiana scene, his solo catalogue has pushed the art of slide guitar where others fear to swoop. Now, with experimental tunings, leftfield gear – and one song on which he goes entirely slide-less – Blacktop Run might be Landreth’s most daring album yet.

Are you pleased with how Blacktop Run came out?

“I’m real happy with it, man. I feel like a lot of things converged in a cool way. When you make a record, there are so many variables, and anyone can put you on a detour. You might be happy with your playing, but sonically it isn’t happening. It’s frustrating when something’s not quite there. On this one, I was happy with everything.”

Is it important to push your guitar work forward?

“It is, because the minute I get bored, then I haven’t done the listener justice. Once I feel good about my core sound, I like to veer off, go on the hunt. It could be a new technique, a colour, a sound. I brought my old producer back, RS Field, and he’d come up with cool ideas like playing a backwards slide part or running the guitar through a Leslie speaker on Many Worlds. I improvised those parts, and the solo, and I played the Leslie guitar live using a footswitch: I love the ‘cosmic dust’ that happens when you hit the switch and it starts to slow down. I also used a Dm7 tuning for Somebody Gotta Make A Move [low to high DADFCD]. Though I’ve experimented and used minor and seventh tunings before, this one is a bit different – it offers a lot of interesting harmonic possibilities, overtones and plenty of atmosphere.”

Much of this album was improvised. That takes balls, doesn’t it?

“It can be akin to a high-wire act without a net. But you have to be willing to take chances. If you don’t, it’s like the old Shakespeare quote – ‘familiarity breeds contempt’. I remember, when I started out, I was damn scared – if not terrified about playing in front of people. Mostly, my thing has always been about preparation. But I still feel like improvisation is the highest goal in music. There’s nothing else like it. And once you get a taste of succeeding at it, you don’t want that to go away. So you gotta be willing to fall down and get back up. And that can happen within the same song, the same solo. The great trumpet player, Clifford Brown, would literally say there are no wrong notes. He would hit a clam, then he’d propel from that, he’d bounce and just go into the stratosphere, and make people go, ‘Holy shit, what was that?’”

How do you prepare for a studio album?