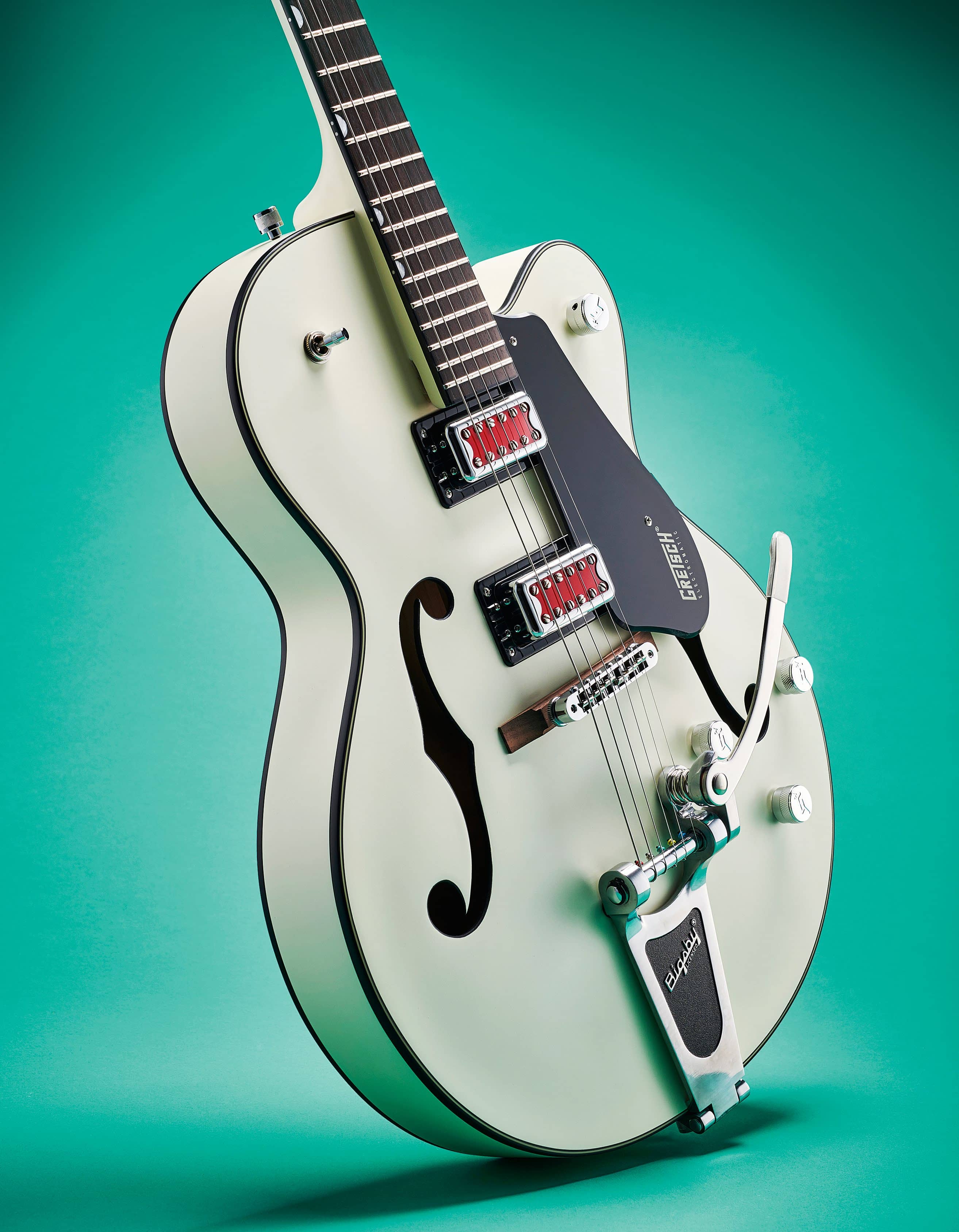 A stripped-down Hollowbody boasting plenty of attitude and authentic tones

Grestch Guitars and classic American cars are often mentioned in the same breath simply because both are emblematic of the 1950s, and similarities can be drawn between models such as the White Falcon, introduced in 1954, and a machine like a 1955 Ford Thunderbird. Both offer sleek lines and more chrome and gold than should be legal, and you’re guaranteed to turn heads if seen driving either; some hard-tailed Falcons even feature what is called a Cadillac tailpiece.

That line of connection is maintained by the vibe surrounding this new and pared-back Electromatic hollow body. According to Gretsch, a Rat Rod “is part of Hot Rod culture – a stripped back, low-down and dirty Hot Rod with a rough primer finish designed for performance, not looks.” Compared to other available models the streamlined spec sheet does show a level of restraint, but that does not say that corners have been cut in order to meet the requirements of the concept.

The first thing you notice when picking the guitar up is the matte finish that extends across the entire body and up the back of the neck to the headstock. It immediately underlines the Rat Rod primer vibe and our example is bound in black; examples with a black or phantom metallic finish feature white binding. Based on the classic Nashville single cut the back, sides, and top are all made from maple laminate and, internally, it features soundpost bracing that provides a single point of contact between the guitar’s top and back. A new feature, and one that we applaud, is that the Rat Rod’s body is slightly thinner than usual 58.5mm (2.25 inches) in depth at the edge rather than the 65mm (2.56 inches) of an Electromatic 5120. This puts it somewhere between a Gibson ES-335 and a full-sized Gretsch, and although the difference in dimensions may seem modest, it certainly does make the guitar easier to get to grips with in practical terms, especially if you’re unaccustomed to hugging a big hollow body. 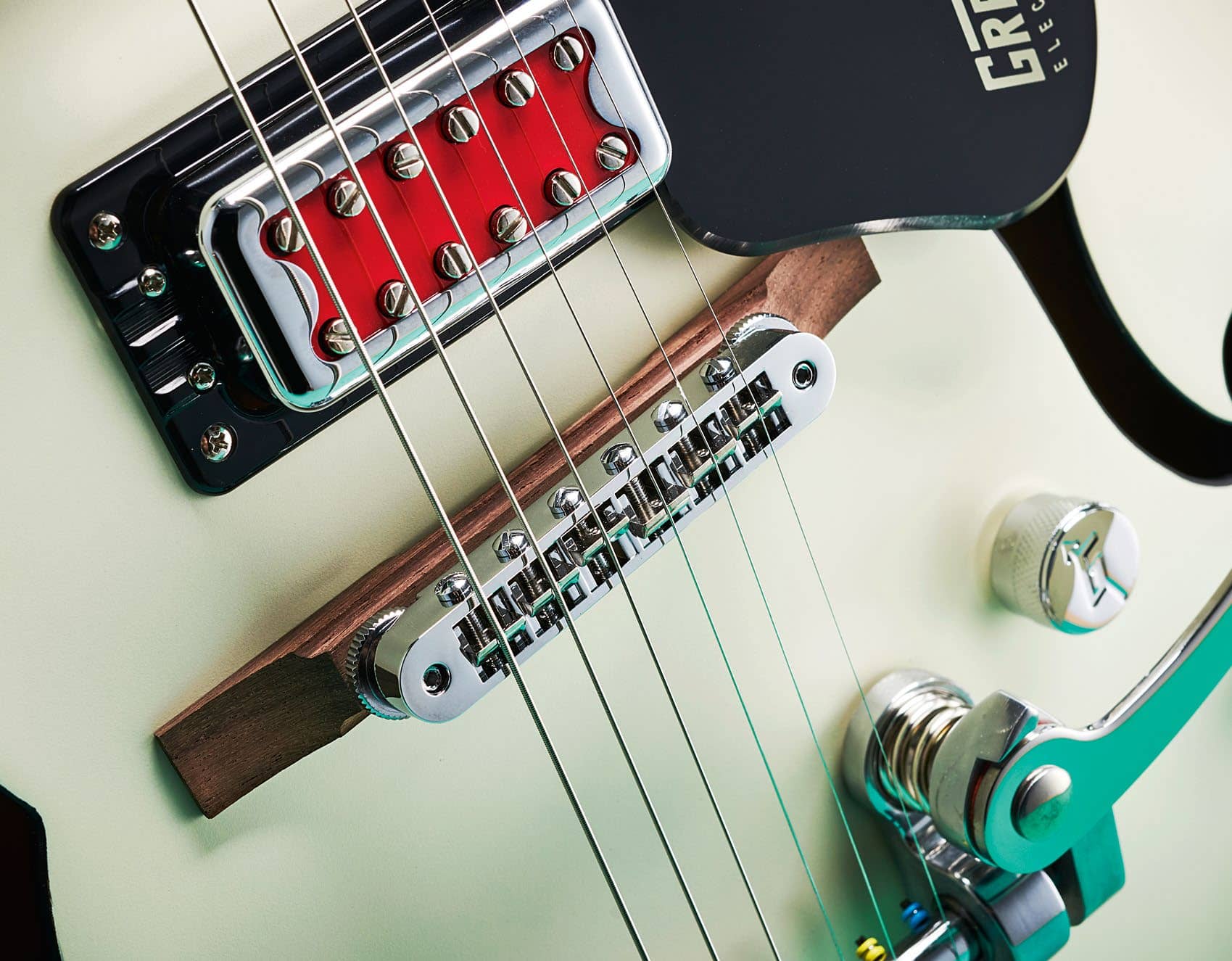