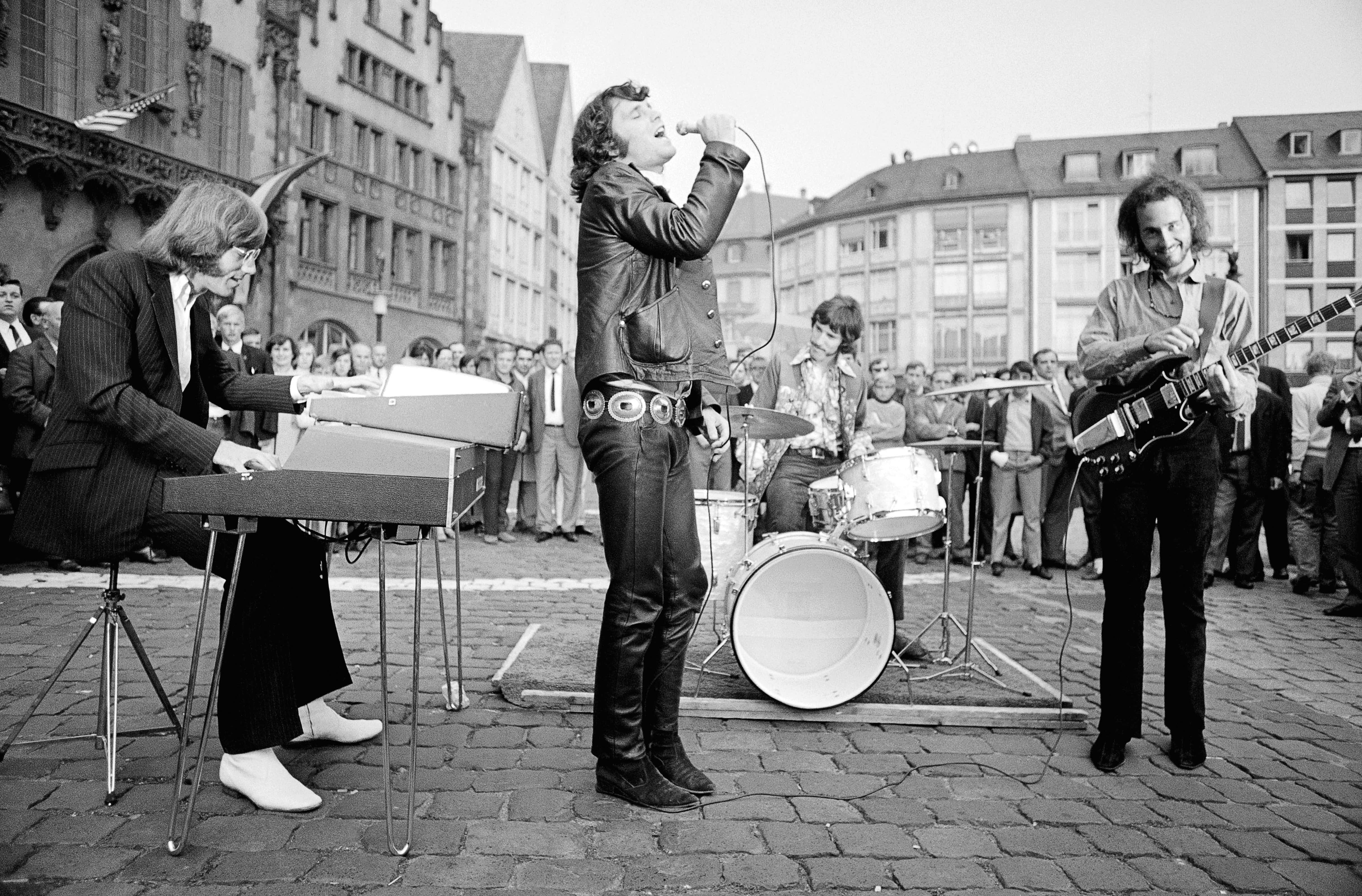 Robby Krieger’s new solo album The Ritual Begins At Sundown finds The Doors legend still testing the boundaries of feel, technique, and genre. But to understand Krieger’s playing today, you have to take it back to the start, to Los Angeles, 1965...

The Doors were many things. They played rock. They played jazz. They played blues, too. And the LA group’s charismatic singer Jim Morrison, inheriting the Beat Generation’s countercultural posture, wrote poetic lyrics oscillating between the psychonautic free-lovin’ spirit of the 60s and a foreshadowing of the darkness that would consume that decade’s end. There was light and shade in The Doors’ sound. There were psychedelic pop hooks, proto-funk rhythms, morbid visions, sex and death.

As a guitar player, Robby Krieger pushed the envelope. He developed a hybrid jazz-blues style, was red-hot with a slide, and had flamenco chops gleaned from lessons with the late theatre actor Frank Chin. This flamenco hot sauce often found itself spicing up The Doors’ compositions because... Well, why not? There was an element of chance to The Doors’ writing and no rules, a dynamic that felt entirely in keeping with an era riven with chaos, when everything was up for grabs.

The escalating war in Vietnam, the assassination of Martin Luther King, the Manson Family Murders; The Doors’ discography came together as America’s social fabric came apart. Of course, the 60s cataclysmic denouement would take its toll on The Doors. Morrison’s drinking worsened with a thunderhead of external crises gathering overhead – sex and death in life and inverse. Yet their songwriting lost little of its prescience in charting the emotional cadences of the decade’s bloom and ultimate rot. But, perhaps most of all, The Doors were a state of mind. Taking their name from Aldous Huxley’s 1954 hallucinatory observations from his experiments with mescaline, The Doors Of Perception, how could they be anything else?

As Robby Krieger tells it over the soft clipping of a lo-fir skype line, the expansion of their minds – chemically, musically, and otherwise – was a crucial staging post in The Doors’ evolution. Krieger is going to be telling us about his new album, The Ritual Begins At Sundown, a work of freewheeling instrumentals written and recorded with his old friend and Frank Zappa collaborator Arthur Barrow, among others, but all in good time, because the story of The Doors’ sound and Krieger’s guitar methodology is inextricably linked.

And so, back to the mid-60s and mind-altering creative epiphanies, as Krieger, drummer John Densmore and keyboard player Ray Manzarek bonded over an interest in transcendence and finding a natural alternative to LSD...

Perhaps it was kismet that such a headspace would draw three acid freaks together for an audience with the father of Transcendental Meditation and The Beatles’ spiritual consigliere, Maharishi Mahesh Yogi. As Krieger recalls, chuckling: “John and Ray and I had taken acid quite a bit before The Doors. I think we had taken too much acid, so we were looking for something different! And that’s how the three of us really met, in meditation meeting the first time the Maharishi came to LA. It was at my friend’s house and it just so happened that three out of the four Doors were at that meeting.”

The fourth Door, meanwhile, was beating his own path to transcendence, and it was a route familiar to Krieger. “Jim was just getting into acid at the time,” says Krieger. “He was all excited about it, and it was great because it kept him from getting drunk which was his normal thing in college, and which I don’t think helped his creativity or anybody else’s that much.”