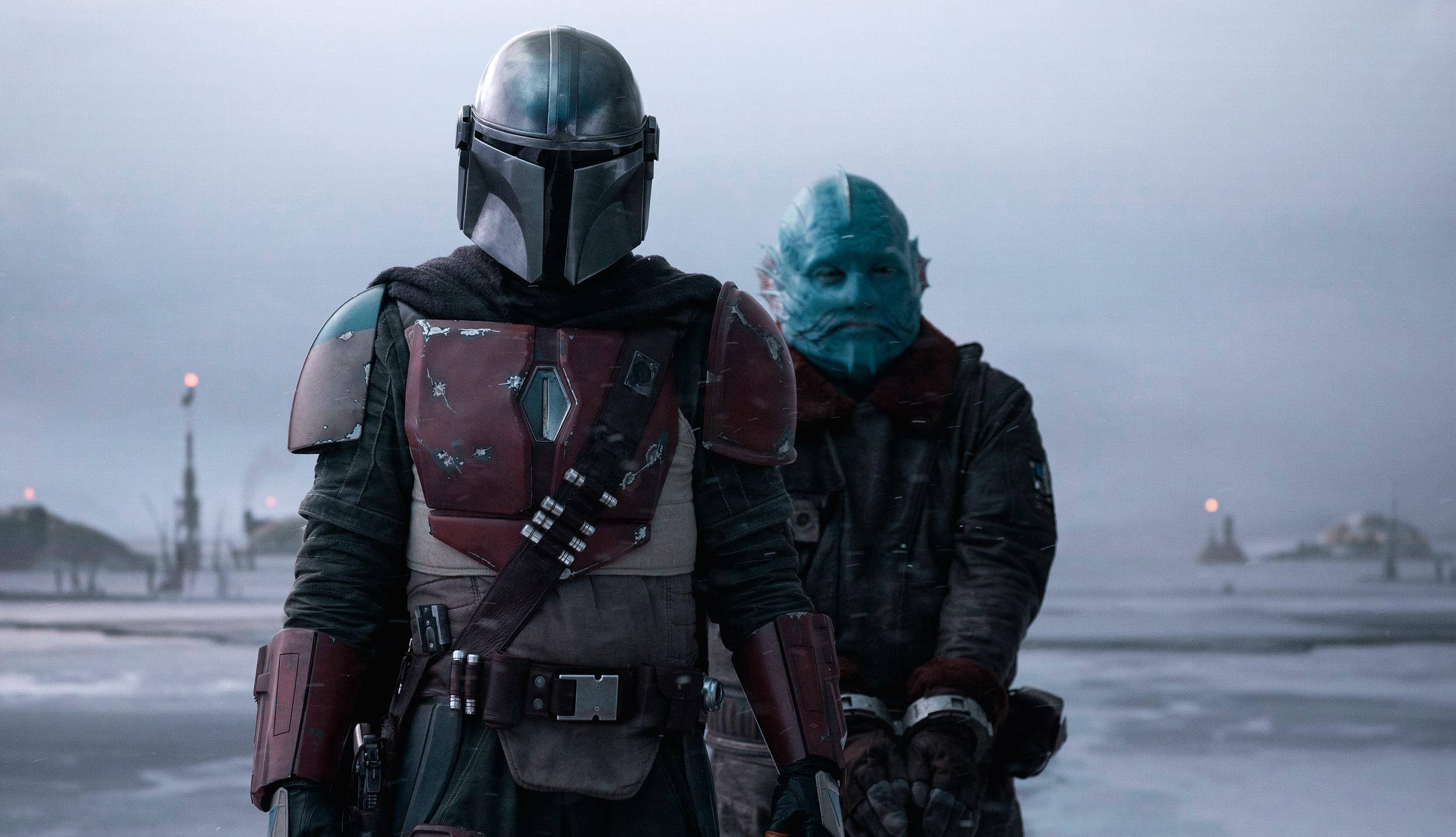 CUE OPENING CRAWL… ‘It is a dark time for the franchise. The Last Jedi did boffo box office, yet haters pursued it across the internet. But at least people went to see it, which is more than you can say for Solo. Meanwhile, The Rise Of Skywalker was branded “a billion-dollar disappointment”. And yet… Star Wars has established a new subscriber base on streaming platform Disney+. Fans, obsessed with The Child, have dispatched thousands of memes into the far reaches of your social-media feed...’

Following its US launch last November, The Mandalorian, created by Jon Favreau, finally swaggers onto our shores. Frustrating though the wait has been, its belated UK debut could be seen as good timing, from a certain point of view: the premise feels like a 40th-anniversary fanfiction tribute to The Empire Strikes Back. Imagine Boba Fett and Yoda buddying up and having adventures all over galaxy! With Boba’s fellow bounty hunter IG-88 doing more than just standing still!!

But there’s more to The Mandalorian than what-if whimsy. The eponymous character, his unexpected ward, The Child (aka ‘Baby Yoda’ - he’s 50 years young) and assassin droid IG-11 may share their silhouettes and certain attributes with earlier Star Wars icons, but they soon carve their own niches. Introduced as something of a Mando With No Name, lead actor Pedro Pascal readily taps into Boba Fett’s feted air of mystery. He says little, but means what he says. He’s money-motivated and armed to the teeth (assuming he has any under that helmet).