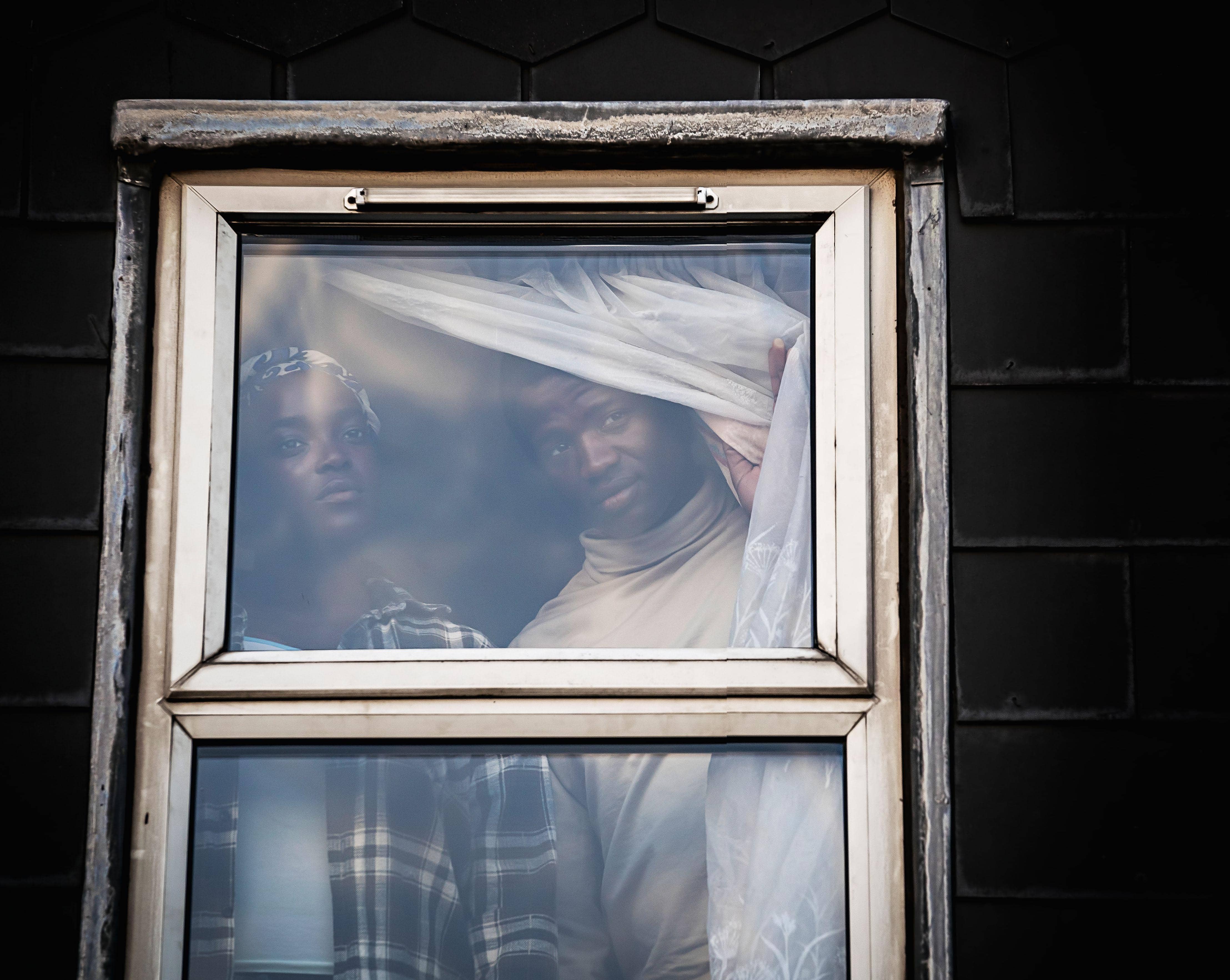 Electrifying, moving and very, very scary, His House bleeds heart-stopping fantasy into bleak reality as asylum seekers are plagued by ghosts of the past. Writer/director Remi Weekes and stars Dìrísù and Wunmi Mosaku take us on a tour of a haunted house movie like no other…

JAMIE GRAHAM
Growing up, Remi Weekes was afraid – very afraid – of The Wiz. “Michael Jackson was the Scarecrow and Diana Ross was Dorothy,” he recalls with a shudder. “I was in love with that film, and I can still sing along to all of the music, but I was also terrified by some of the pieces. There’s a moment when they go into the New York City underground, and the columns break free, and the bins break free, and try to attack Dorothy and her gang. It always left me shaken as a child.”

Later, Weekes saw The Wizard Of Oz and wondered, “Why are these white people acting like they’re in The Wiz?” A funny anecdote, but also, he says, an example of “how, growing up, the stuff I watched was more based in African-American stuff.” Which probably wasn’t easy given Weekes gravitated towards horror movies (first the Scream series, and then the slashers it riffed on – Halloween, Friday The 13th, A Nightmare On Elm Street – and finally heritage titles such as Rosemary’s Baby, The Exorcist and The Shining), a genre that’s hardly known for representation and diversity.

“Growing up, watching movies, you kind of expect most films that you enjoy to not really have much Black representation in them, period,” he says. “It’s not just horror films, but films. I think for most people who are not straight white men, you have to come to terms with your hero. The films you love tend to not include other points of view. What’s exciting now is that gradually there’s more people coming through the doors who are not straight white men, and that will only enrichen the filmmaking culture.”

Weekes’ excellent debut, His House, is certainly an enriching experience, using the haunted-house sub-genre to examine the traumatic experience undergone by so many asylum seekers. Written by Weekes from a story by Felicity Evans and Toby Venables, it tells of Bol (Gangs Of London’s Dìrísù) and Rial (Lovecraft Country’s Wunmi Mosaku), a married couple who wind up in a detention centre in England having fled war-torn South Sudan. En route, they lost their young daughter to the perilous ocean crossing, and their grief is still raw when they are finally homed on an estate by case worker Mark (Matt Smith). The neighbours are far from welcoming and the house is shabby, but racial abuse and faulty electrics prove the least of their worries when scuttles and whispers start to emanate from the walls. And that’s just the start of it…