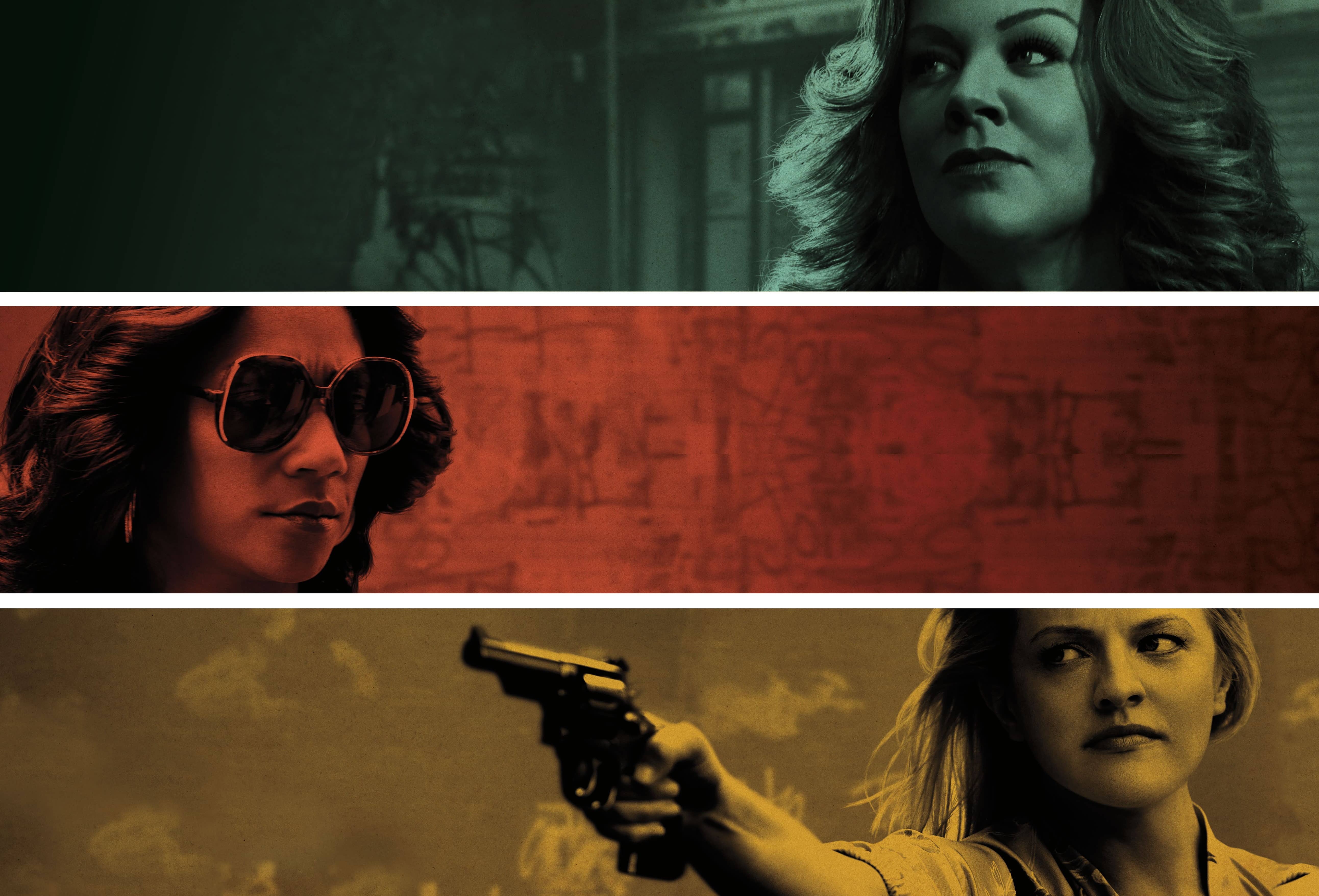 Melissa McCarthy, Tiffany Haddish and Elisabeth Moss take over the mafia in The Kitchen, a gangster story that’s upending conventions in more ways than one. Total Film gets the inside story on the mob thriller that feels a long time coming…

Who says women can’t play gangsters?” Director Andrea Berloff has been asking the same question for years, but she’s always known the answer. The mob genre is as old as Hollywood itself, and it’s just as much of a boys’ club. Wives, molls, strippers and mamas are all well and good, but if you want to be a real wiseguy, you better have the stugots to go with it. Until now, that is.

“We all know what a mafia story looks like, but seeing it from a woman’s perspective – not as a comedy or as a joke, but in a really grounded, gritty, intense, dramatic way – that was something entirely different,” says Berloff, speaking to Total Film in LA. “I just wanted to challenge every aspect of it. This was my chance to turn everything on its head.”

Back in February 2016, Berloff had just lost out on an Oscar for her screenplay for Straight Outta Compton, when an unknown British graphic novel landed on her desk. The story of three women who take over the Irish mafia in the mid ’70s after their husbands get sent to prison – a Scorsese-nodding New York crime thriller about life on the streets of Berloff’s old neighbourhood in Hell’s Kitchen – the book spoke to everything that she wanted to keep saying after Compton. “I found a lot of the same social issues and I found a whole lot of new ones. I sort of fell in love with it, but I also immediately started pulling out different storylines and side characters. Not because there was anything wrong with the graphic novel, but I sort of felt like if I was going to get my one crack at telling this fantastic, big, female-driven story, I was going to get in as many different ideas as possible.”

Fast-forward six months and Berloff’s edgy, urgent take on the script has impressed producers so much that she’s now directing as well as writing, making The Kitchen her feature debut. And what’s her first big move to convince everyone to take a gritty, female-led gangster film seriously? To hire comedians for the starring roles…

My manager’s assistant read the script for me and said, ‘Yeah, you’re probably not right for it,’” says Tiffany Haddish, echoing what most people probably thought of the idea of the star of Girls Trip being up for playing a hard-bitten mobster. “So I read it myself. Then I read the comic. Then I told my manager’s assistant to find me the director so I can show her just how right for it I really am!”

Re-writing the role of mob-wife Ruby O’Carroll for an African-American actress after working on Compton (“I just didn’t want to write a movie about three white women after being part of that conversation”), Berloff was convinced as soon as she sat down with Haddish, giving her the opportunity to prove herself in her first dramatic role – and letting her wow everyone on set with a tough performance that’s streets away from stand-up.