The Wonder Of Unicorns 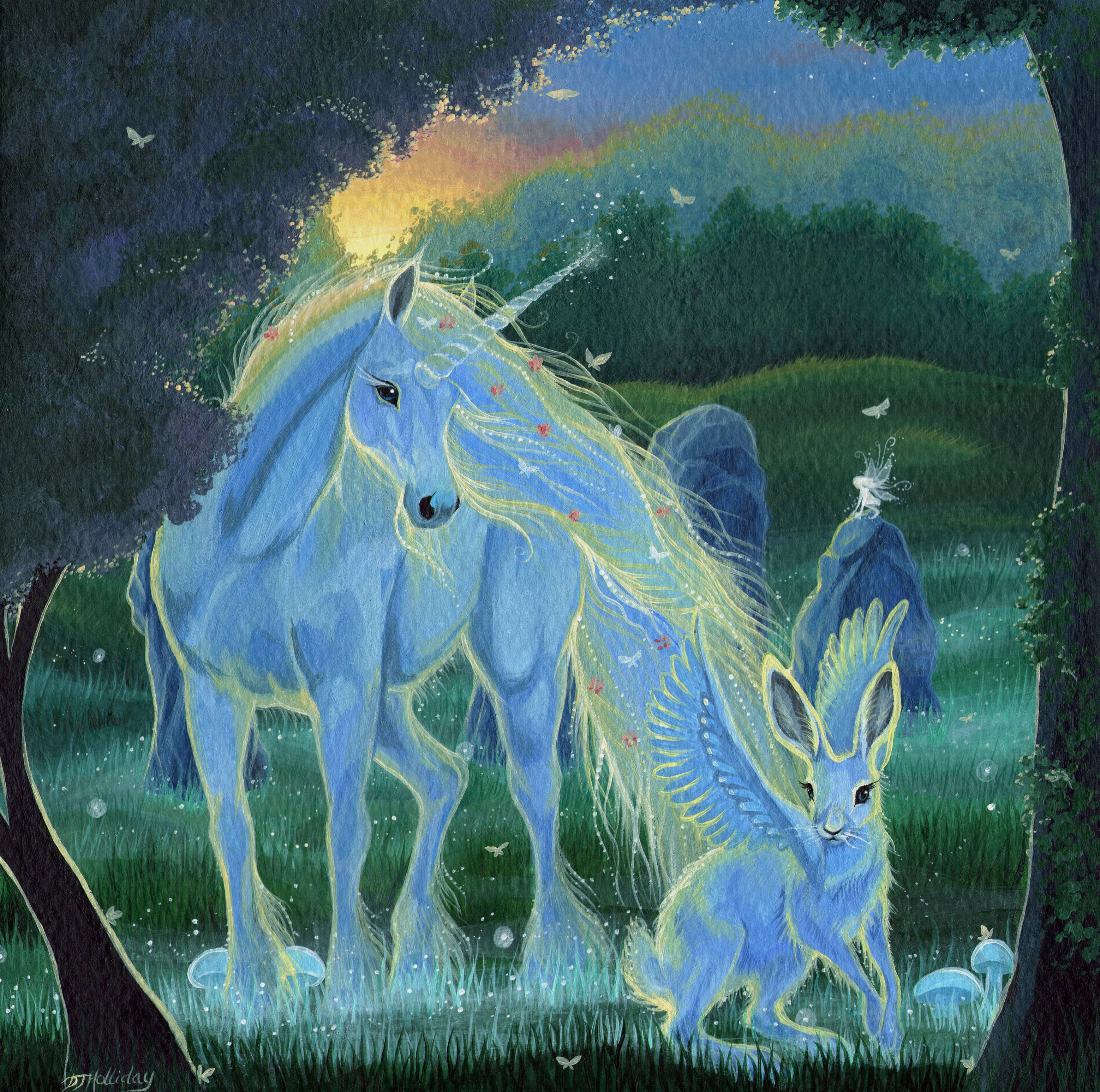 People nowadays believe that unicorns are creatures of myth and magic. However, these seventh dimensional ascended horses with light spiralling from their third eye are beings of light who vibrate at a higher level than we do. This is why we often cannot see them.

A few years ago I was sitting in the garden under the shade of a tree with my laptop on my knee. Suddenly I became aware of a presence beside me and I realised it was a unicorn, a pure white horse with a spiraling horn of light pouring from his third eye. He impressed on me that, in response to humanity’s prayers for help, unicorns are now returning to Earth to help us. If you have a desire or a vision to help other people or the planet you radiate a special energy that the unicorns seek. They will give you the charisma, courage, determination, focus and dignity to carry your project forward. They are arriving en masse now just as the angels did a couple of decades ago to help and enlighten those who are ready.

In the Golden times of Atlantis unicorns were constantly present and visible to the people. When the energy devolved at the fall, however, they had to withdraw and since then have been considered mythical creatures, a figment of the imagination. The unicorn that appeared in my garden that day wanted to tell me that they are real, etheric beings who live beyond our range of sight and hearing.

They are ascended horses and are of the angelic realms, living in the seventh dimension. They radiate light from their third eyes because they are fully enlightened. This is seen as a spiraling horn, in the same way the light from an angel’s heart is seen as wings. He added that unicorns grant wishes to the pure in heart and support the innocent.

Unicorns are known as the purest of the pure. They trigger our original divine essence to help us attain the blueprint of who we truly are. When a unicorn directs the light from its horn into your third eye it starts to open you to enlightenment. Each time you think about or talk about a unicorn, it wakens an energy within you that aligns you to higher frequencies.

Many people ask about the difference between angels and unicorns. Very simply it is that angels bring you the wishes of your heart while unicorns grant soul desires, those things that satisfy you deeply and help you fulfill your pre-life contract. You can call a unicorn to you in meditation and whisper your deepest soul longings to it. If you are ready it will take your message to Source. Expect miracles to happen.