The Magic Of The Crow 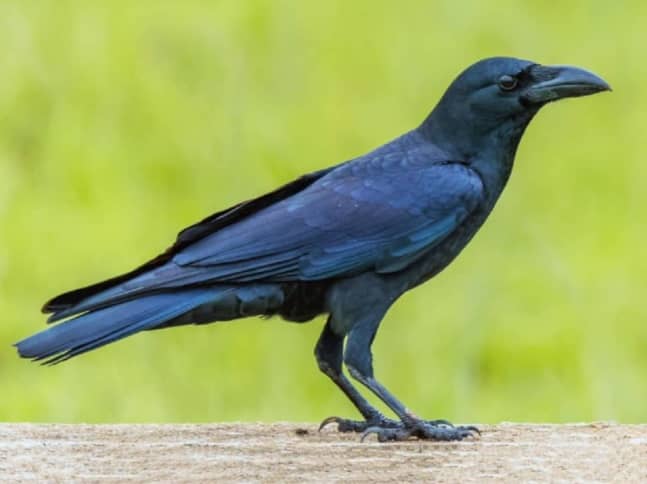 Crows, black shadows flying overhead, omens of death and war. Feeders of battlefields, their cries signal dark times ahead and warn of evil prophecies. Or do they? Even though the crow is often seen as a harbinger of dark tidings, there is much more to the mythology and folklore of this amazing, intelligent bird than black luck.

In The Wooing of Emer, a tale from the Ulster Cycle of Irish mythology, we are told that Badb is the same as the Morrigu (The Morrígan) and that she is the battle crow and a goddess of battle. The word Badb, or Badhbh (pronounced something akin to Bayve) actually means crow, and Badb the goddess is also named Badb Catha, the battle crow. The similarities between the goddess(es) and the bird include the dark shadows they throw over the battlefield, the wailing cries and the stubborn and wilful nature they both seem to have.

Being associated with battle seems to naturally tie in associations with death, which makes sense as the crow is a scavenger; a carrion eater, and a battlefield for a crow is basically an all-you-can-eat buffet with extra juicy bits. Bresal, King of the Formorians, named his druid ‘Crow’, for being wry, witty with words and greedy (source: The Metrical Dindshenchas).

I’ve never known Crowley (my crow) to be particularly greedy, but he is savvy. If he is full, sometimes he will take the piece of food I am proffering and hide it away somewhere. Later, I will see him sidle back to his stash and, spying suspiciously around to make sure he is not spotted, he will surreptitiously slide his treasure out for a sneaky snack.

Crows can learn to speak, but even without this talent they are fantastic communicators. They can learn to use tools, and even teach other crows bout human faces they can trust- and those they can’t.