The Plan To Reboot Paramount 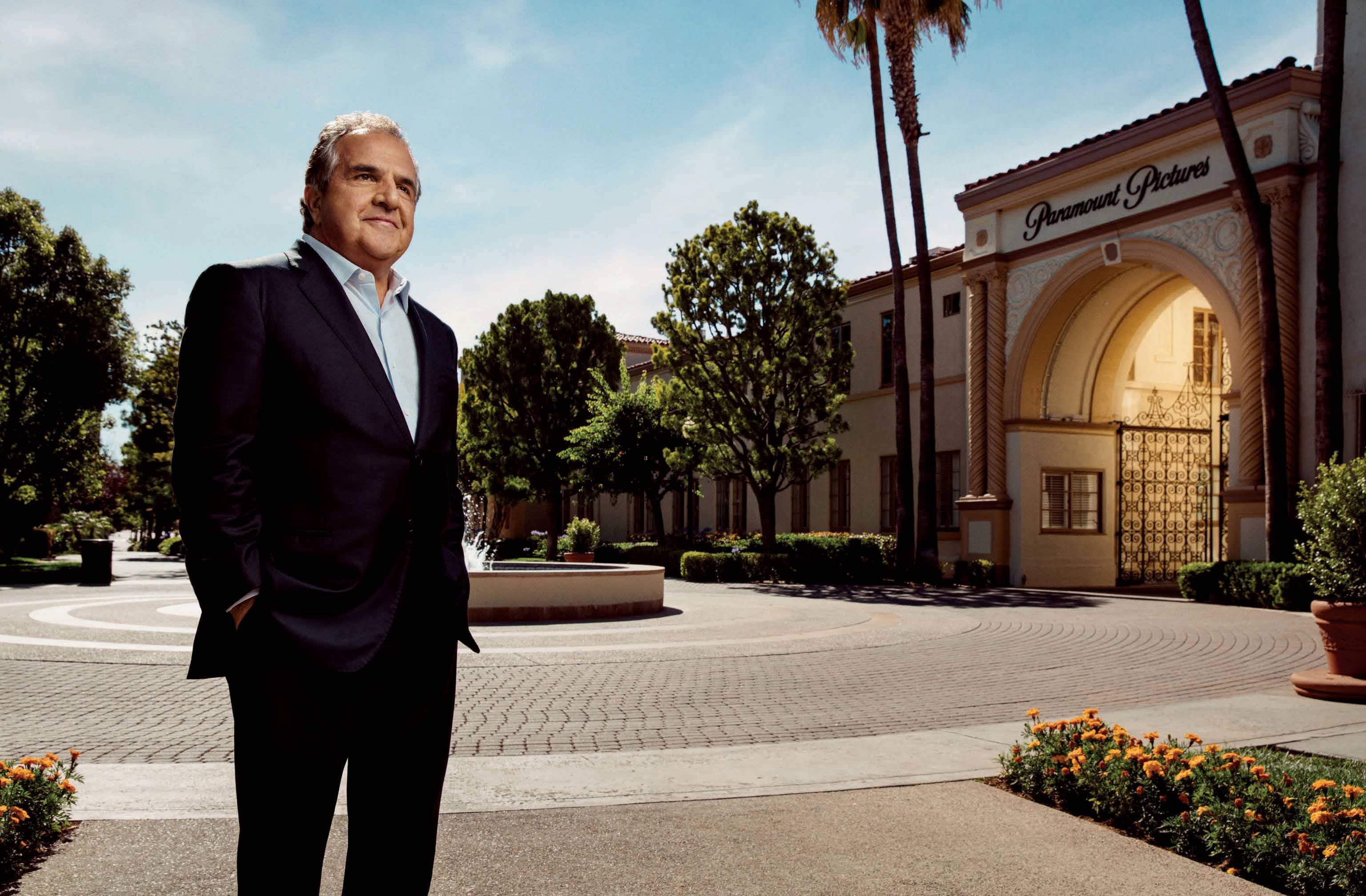 Ten months ago, Jim Gianopulos was forced out as Fox chairman after 16 years. Now, in his first interview after landing atop Viacom’s struggling film arm, he lets loose on starting over, getting fired by the Murdochs, how Trump has changed his job and the strategy he hopes will bring stability (and profits) to a money-losing studio: ‘It’s surprising it got so bumpy here … because all the elements are in place’

A Hollywood studio chief is blindsided and fired after 16 years of service to a powerful family, only to rise from the proverbial ashes and take the helm of a rival family-owned studio in desperate need of rescue. In August, Jim Gianopulos was on his annual summer sojourn to the Greek isle of Antiparos, his parents’ homeland, when news broke in Los Angeles that his new bosses, James and Lachlan Murdoch, were replacing him with Stacey Snider at 20th Century Fox a year ahead of schedule.

Gianopulos, 65, suddenly found himself without a job for the first time since he delivered newspapers in his youth. Rumors immediately swirled that he would replace Brad Grey at Paramount, where a disastrous run at the box office and leadership turmoil at parent company Viacom under CEO Philippe Dauman had left the storied studio in shambles, capped by an operating loss of $445 million in fiscal 2016. After flirting with the top roles at Sony Pictures and Wanda’s Legendary Pictures, Gianopulos decided on the Paramount job once he was assured by Viacom vice chairman Shari Redstone — daughter of Viacom founder Sumner Redstone, who now guides her ailing father’s empire — and new Viacom CEO Bob Bakish and CFO Wade Davis that he would enjoy the autonomy traditionally afforded studio heads. It took some negotiation, but the Viacom board offered Gianopulos full green light authority for films with budgets up to about $100 million. In March, he closed a deal to run the studio where he once worked in business affairs (for five years starting in the late ’80s) before moving to Fox.

“There’s a sense of urgency at Viacom to see a relatively quick fix at Paramount, and [Gianopulos] has a long track record of success. He adds immediate value,” says analyst Eric Handler of MKM Partners. But the challenges are many. “The studio’s vault is depleted in terms of franchises,” Handler adds.

J.P. Morgan also is sounding the rallying cry around Gianopulos, saying in a recent note to investors that Paramount may now be on the road toward profitability. In his first interview since arriving on the Paramount lot, Gianopulos, husband of 16 years to wife Ann and father of three daughters — Mimi, 28 (from his first marriage), Alexa, 14, and Nikki, 12 — sat down June 15 with THR in his semicircular office with The Godfather posters on the wall to talk about his early impressions, his plan to make 12 to 16 movies a year and how Trump’s election plays a role.

Do you have any lingering anger about how it went down at Fox?

No. The only constant is change, and you move on. It was time for a new adventure.

But you didn’t see it coming.

No. But look, when you’re at a company for 26 years and you’re in a chairman’s role for 16, that’s a pretty good run. I hadn’t been out of work since I had a paper route, literally. I was able to explore a variety of entrepreneurial options in the film sector, the television sector, the general media sector and the technology sector.

What about losing the trappings of power — the phone ringing, the best table at restaurants.

I had great advice from a very dear friend who told me the two things you need to know about leaving a big job in Hollywood. First, you find out who your real friends are, and I felt very fortunate in that regard. And to your [second] point, if you can’t get the table that you used to get when you were a big shot, just give the maitre d’ a couple hundred bucks once in a while. You can get any table you want.

What’s the window to get another job before becoming irrelevant?

I honestly didn’t feel that, I guess because there were some interesting ideas that came up.

Why Paramount, with its obvious challenges?

Look around you. It’s an incredibly storied institution and one of the oldest studios. Some of the best movies ever made were made here. The chance to revive it is an exciting one.

What are three things you told Shari Redstone and Bob Bakish you needed in order to take the job?

I didn’t have to ask because they already made it clear what I would have, which is support financially in terms of capital, the right amount of autonomy and the willingness to understand the time frame it takes to turn something around. Plus the reach of Viacom. I’m a collaborative person with the people around me, beneath me and above me. I always look to socialize ideas and make sure that everybody’s on the same page.

Do you have full green light power?