It's CNN vs. NBC: Who Will Win The Trump Tug-Of-War? 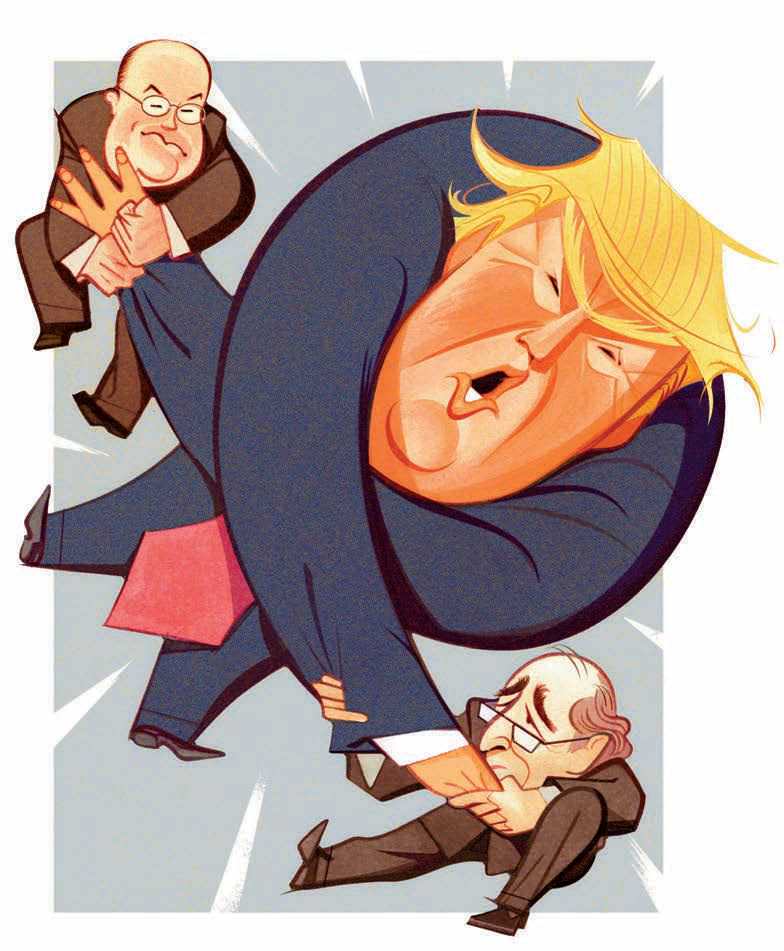 With a post-Ailes Fox News virtually sidelined, ‘lucky bystanders’ Jeff Zucker and Andy Lack are feasting on a breaking-news buffet where even Megyn Kelly makes headlines.

Roger Ailes, the right-wing outsider and singular giant of cable news, was ousted from his creation, Fox News, a year ago in July. Fox without Ailes has been — quite in spite of conservative doubts about global warning — a rapidly melting glacier, losing its leading anchor, Bill O’Reilly, in April, the ratings battle in key time slots and, on June 15, even its liberal- taunting slogan, “fair and balanced.” At the time of his death in May, Ailes was contemplating launching a new network with Fox stars O’Reilly and Sean Hannity. But now Ailes can’t disrupt the business anymore. And so, in some entirely unanticipated fashion, the action in TV news has returned to the woeful also-rans of the Fox era and the leadership of politically indifferent insiders.

MSNBC, the left-leaning sibling of NBC News led by Andrew Lack, won a week of ratings in May for the first time in 20 years — with Fox dropping to third place. CNN, led by Jeff Zucker and No. 1 for six days running in May, has had its longest winning streak in six years. While Fox seems evermore confused about the Donald Trump story — defending him at the cost of missing the opera bouffe around him — its heretofore sidelined competitors have grabbed it.

That Lack and Zucker would become the new forces in television news hardly works as even a goofy punchline.