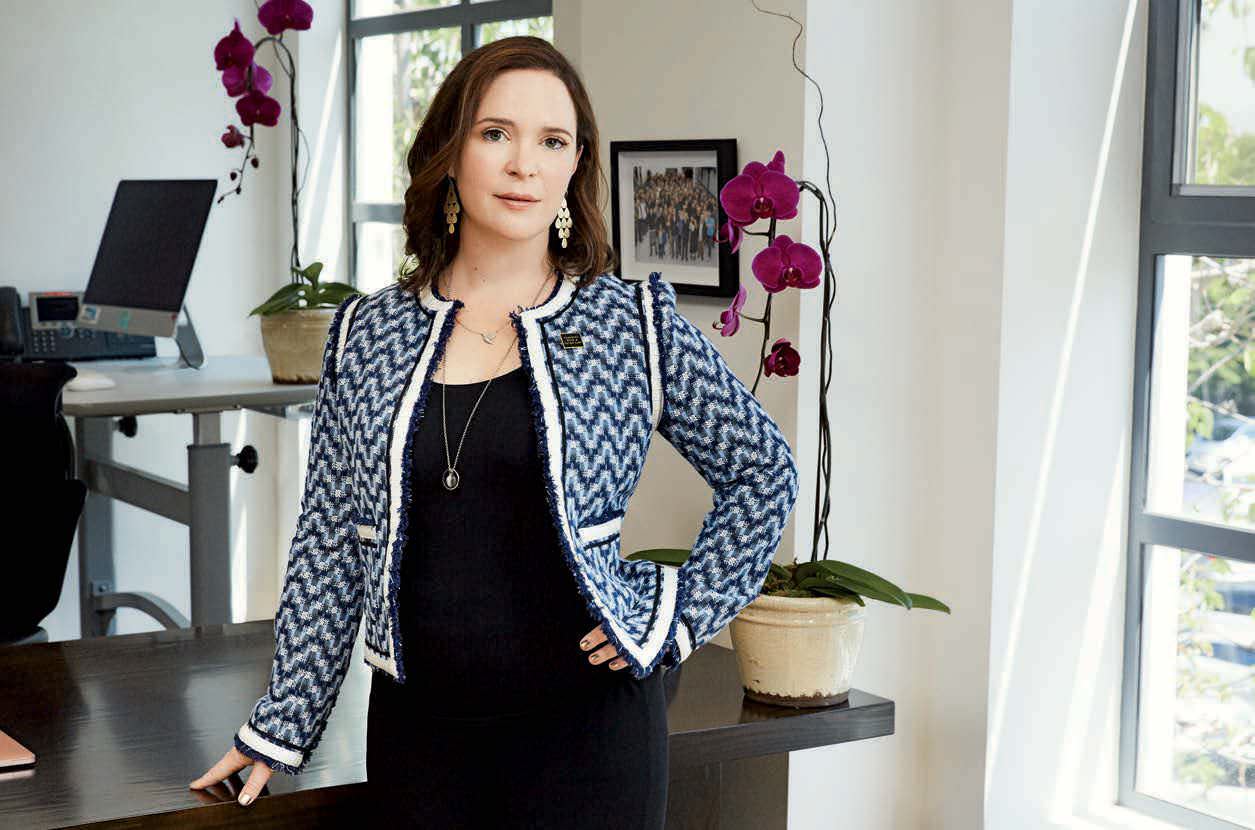 The TriStar president on Wonder Woman envy, buzzy Baby Driver and the legacy of her director father

It’s June 8, and most of Hollywood is watching former FBI Director James Comey testify at a Senate hearing. But TriStar president Hannah Minghella is glued to a WhatsApp group chat with her family back home in the U.K., furiously typing about the British election underway. “All day has been the back­and­forth about who’s voting for who and why,” says the Labour supporter. Comey can wait. “I’m sure I’ll catch up with the news later tonight.” After all, Minghella, 38, has plenty on her plate at work: Edgar Wright’s Baby Driver is hitting theaters June 28, while Michelle MacLaren’s World War II drama The Nightingale starts production in the fall. The onetime Harvey Weinstein assistant took over the dormant Sony label in 2015, and while the film budgets are usually smaller than at Columbia Pictures, where she served as co­president of production with Michael De Luca, Minghella says the book­focused TriStar is a better fit. “It’s an opportunity to be more hands­on creatively again, which was something that I was personally craving.” She should know. Minghella has spent ample time on the Sony lot, having first joined the studio in 2005, working under the wing of then­chairman Amy Pascal before landing the top post at Sony Pictures Animation in 2008. Two years later, she moved back to Columbia. But the married mother of two girls, ages 2 and 5, says TriStar, which has a core staff of seven, offers a connective thread to her personal life. Sydney Pollack, who helped create the iconic TriStar Pegasus logo, was the onetime partner of her late father, Oscar­winning director Anthony Minghella, who died in 2008.

Has the mandate at TriStar changed in the two years since you took over?