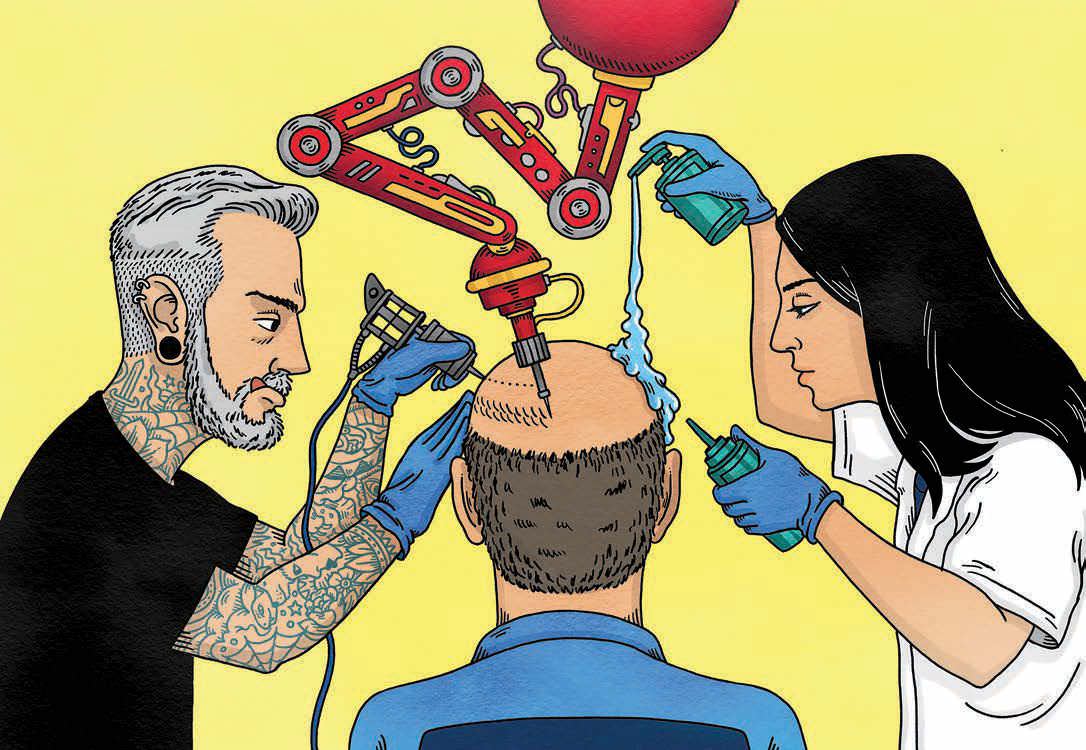 For those whose visages are plastered on increasingly high-def screens around the world, hair loss and balding are nightmares. “As an actor loses hair, they lose work,” says David Shusterman, hair transplant surgeon and founder of New York Medicine Doctors, which treats a number of models, producers and actors. In 2011, Chris Evans, aka Captain America, was candid about his hair beginning to disappear: “I’m supposed to be this superior human. How horrible would it be if this superior man has male pattern baldness?” No word on what he has done about it since, because the shroud of secrecy around male hair loss has become only more opaque.

Tom Arnold, John Cleese, Jason Alexander, Dennis Miller, Christopher Knight and Joey Fatone all have been vocal about efforts to regain a healthy pile, from transplants to Farrell toupees, but no longer. Unlike 20 or even three years ago, when plugs came with telltale back-of-head scars, surgeons’ best work now goes virtually undetected. So “they don’t have to admit to it,” says Craig Ziering, aka Doc Hollywood of hair restoration.

For 18 years, Matthew McConaughey has religiously rubbed Regenix’s bespoke biopharmaceutical liquid into his scalp three times a week, says CEO Bill Edwards: “He has been a client since 1999, and I promise you he has never missed a treatment day. I send it to him when he and his buddies are on a camping trip.” Other stars, says Edwards, would talk about Regenix — an oft updated, custom formulation based on lab test results from the Cedars-Sinai clinic ($200 to $250 a month for two to six months initially) — but “agents won’t let them because of fear of losing work and insurance” on projects.