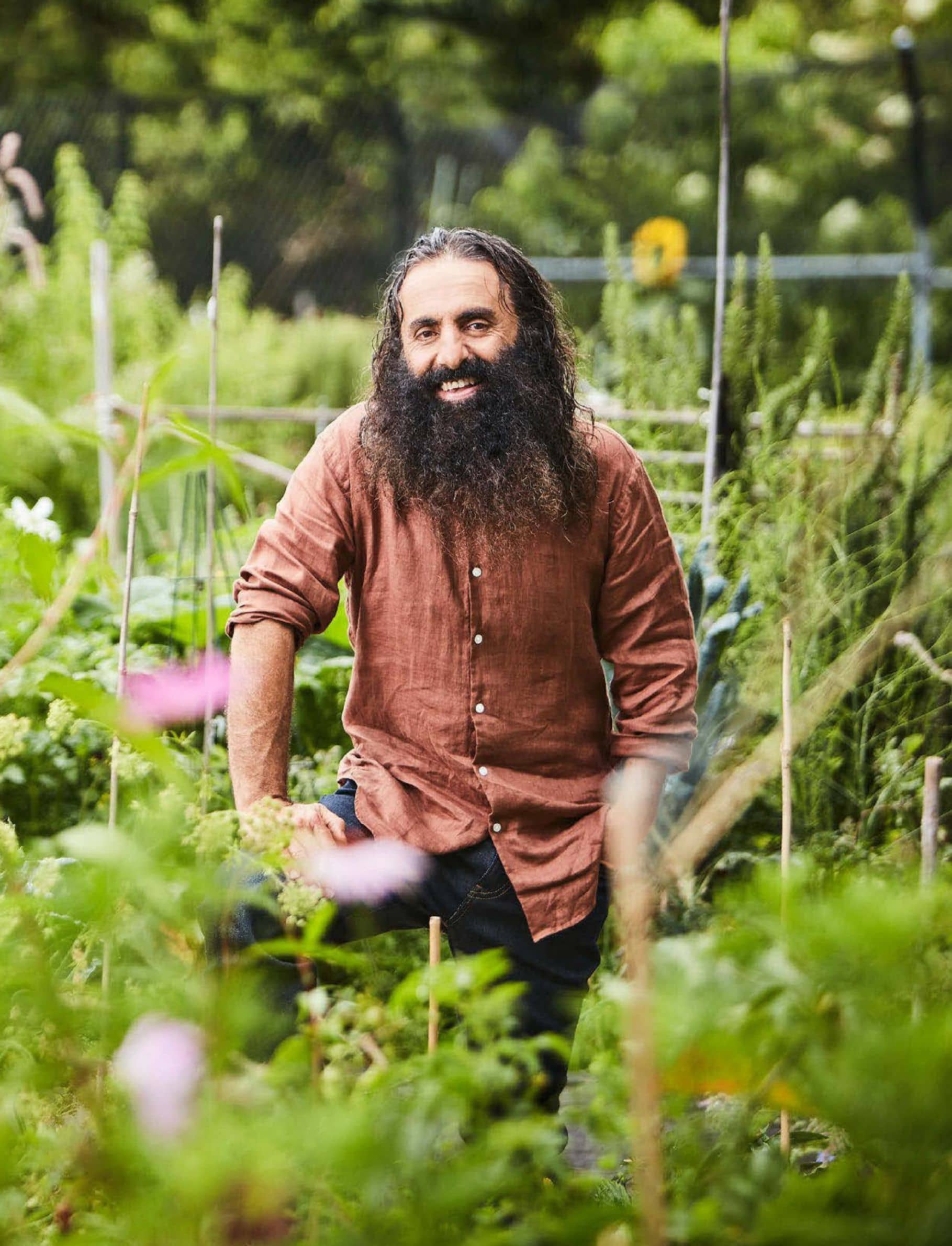 In the garden, Costa Georgiadis believes in harmony and balance, and the interconnectedness of all life. As he tells Genevieve Gannon, the same is true of human relationships.

Costa Georgiadis is sitting in a patch of sunlight, gazing out at the glimmering water of Vaucluse Bay and drawing patterns in the sky with his hand. He’s describing flying over the Opera House and the yellow sand that runs the length of the NSW coast when his father was a surf patrol pilot, and he would tag along. On Saturday mornings, before the sun was up, the Georgiadis house in North Bondi would stir to life.

“Dad woke me up so many mornings at a quarter to six,” Costa says. He drops his voice: “What are you doing?” “What do you think I’m doing?” He says in the voice of a grouchy teen.

“Do you want to come up in the plane?” “No.” “Okay. See you downstairs in 10 minutes.” Father and son would fly from Palm Beach to Wollongong at 500 feet, searching for sharks. Costa, the reluctant co-pilot, was prone to motion sickness. “If it was a rough one, I’d get crook,” he says. But nothing could dampen his father’s enthusiasm. “We’re going to fly up over your sister’s place and do circles over it until she comes out,” Stan Georgiadis would tell his youngest son.

“Back in those days, we used to be able to fly in here and do circles above the [Harbour] bridge and the Opera House at 500 feet,” Costa says. “Now, you can’t even get a drone in there.”

There’s a tinge of nostalgia in his voice. “Now, there’s a lot of palaver,” he says. “In a strange, throw-away way, that was another discipline that was foisted on me: having to get up,” he laughs. Australia’s most famous gardener goes on to tell other stories of involuntary, childhood servitude, like volunteering at the local RSL. He’s in a reflective mood as he prepares to shoot the 30th anniversary special of Gardening Australia, the show he has hosted since 2012, after he brought his passion for nature to the masses with Costa’s Garden Odyssey on SBS. The gig elegantly combines his passion for plants and people. Costa laughs, recalling how much he resisted that early community service, and how much he came to cherish the values his parents instilled in him. The tales are from a time when life didn’t feel so rushed. Weekends were spent rolling up your sleeves in the sunshine and discovering the rewards of giving of yourself. “This was one of the values we had to live by,” he says.

“When it comes to everything that’s going on these days,” he says, the emphasis is local. “We’re going back to co-ops. We’re going back to locally managed things. Whether that’s a local food system or a local energy system. All these things are happening and it’s so exciting and the big players are getting involved. And it’s applying across everything. People getting involved again with their community. People connecting again with their local systems.”

Costa grows excited as he talks about technology bridging the gaps between neighbours. It reminds him of another story – his weekly attendance at Greek school, and the gauntlet of schoolyard bullies he had to run to get there.

“I copped it because I was going to wog school,” he says. “I suppose on today’s terms people would go, that’s bullying. It was teasing but I suppose, like anything, teasing is a lot to do with the unknown. When people don’t know something they fear it.

“It was hard,” he admits. Each Tuesday and Thursday, young Costa would have to walk past a “crazy group of street kids, like a little pack,” carrying his plastic bag full of Greek books. “They were all out there going, ‘you’re going to wog school’. It was pretty full on, but my parents were steadfast.”