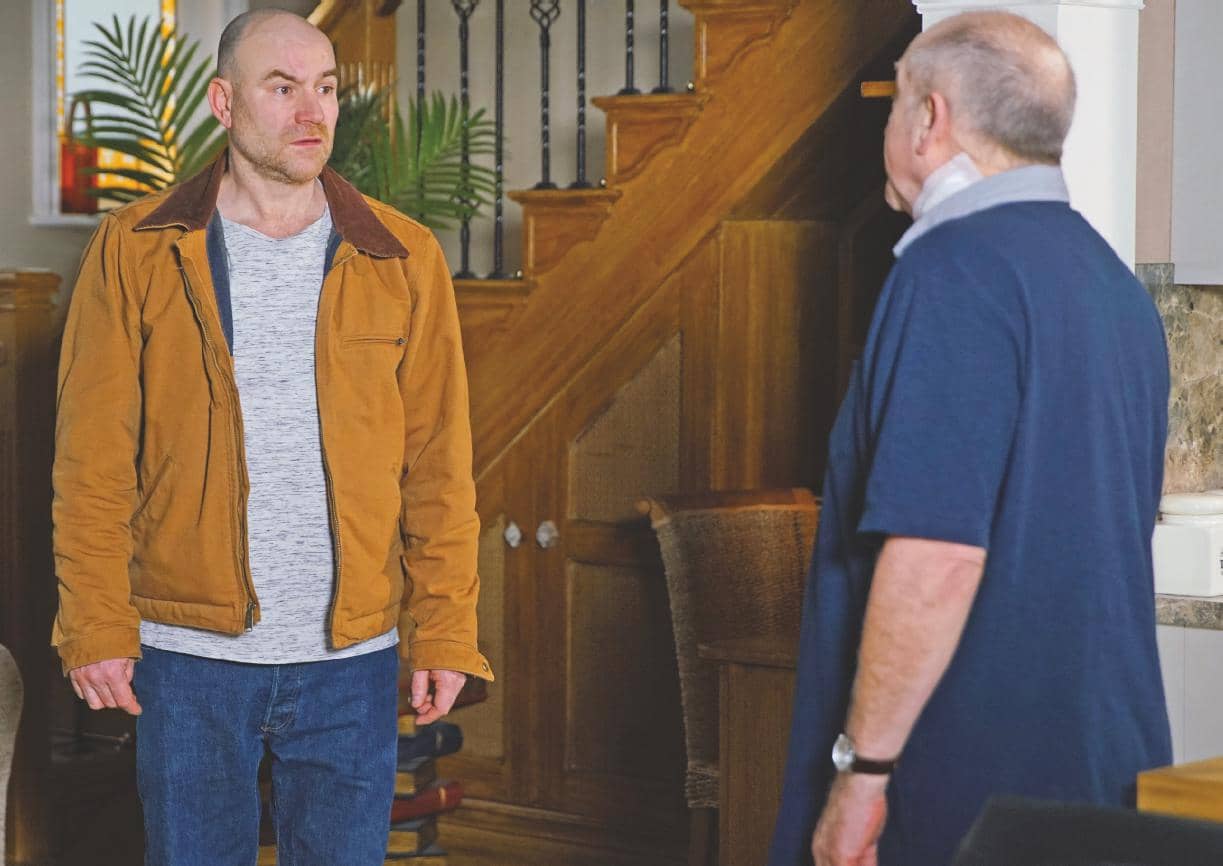 Geoff’s abuse of Yasmeen may have gone on behind closed doors, but there’s still potential for it to get an audience. His vile behaviour has been captured on the hidden CCTV camera that he set up to spy on his wife, and he’s well aware that if the police get their hands on it, he could end up bang to rights.

So when the twisted magician gains entry into No.6 this week, he retrieves the covert device. Locating the footage of his final, ugly onslaught, in which Yasmeen lashed out in self-defence, he then quickly deletes it… only for Tim to walk in. Has Geoff been busted, or can he cover his tracks?