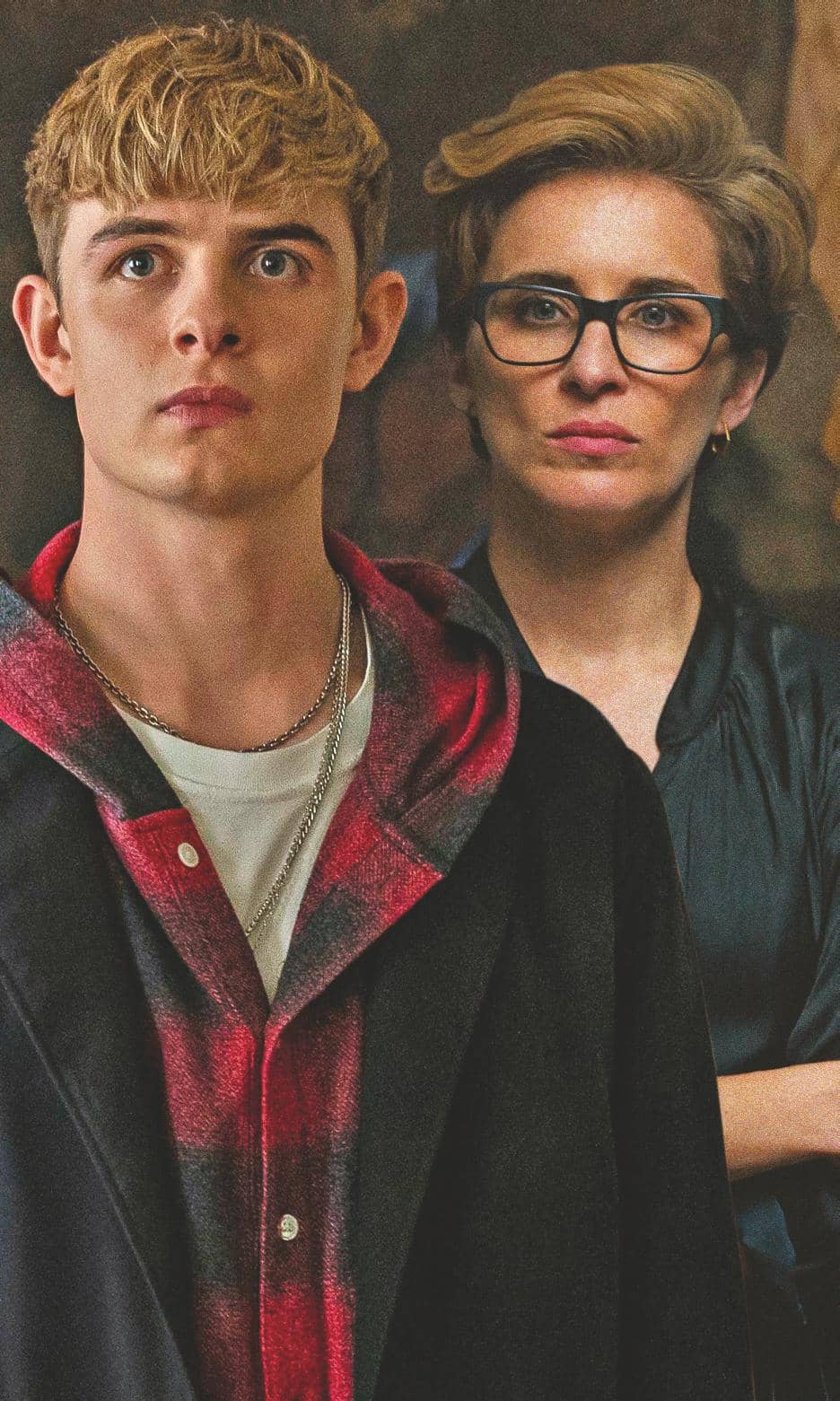 At a former university building in east London currently doubling as the HQ for a top-secret branch of the intelligence services, a tense meeting is underway between a group of spymasters and a stroppy schoolboy…

The eight-part series centres on orphaned Alex, played by rising star Otto Farrant (Mrs Wilson, War & Peace), who has been raised by his banker uncle, Ian (Broadchurch and The Crown’s Andrew Buchan).

But when Ian is suddenly killed, Alex makes the shocking discovery that his uncle was actually a spy for The Department, an elite offshoot of MI6, run by shrewd Alan Blunt (The Crown’s Stephen Dillane) and his second-in-command, Mrs Jones (Line of Duty star Vicky McClure).

Soon, The Department recruits Alex to discover what led to Ian’s death by going undercover at a sinister boarding school in the French Alps, but danger ensues.

It’s 20 years since the first Alex Rider book was published – were you already fans?