We Whisk You A Merry Christmas! 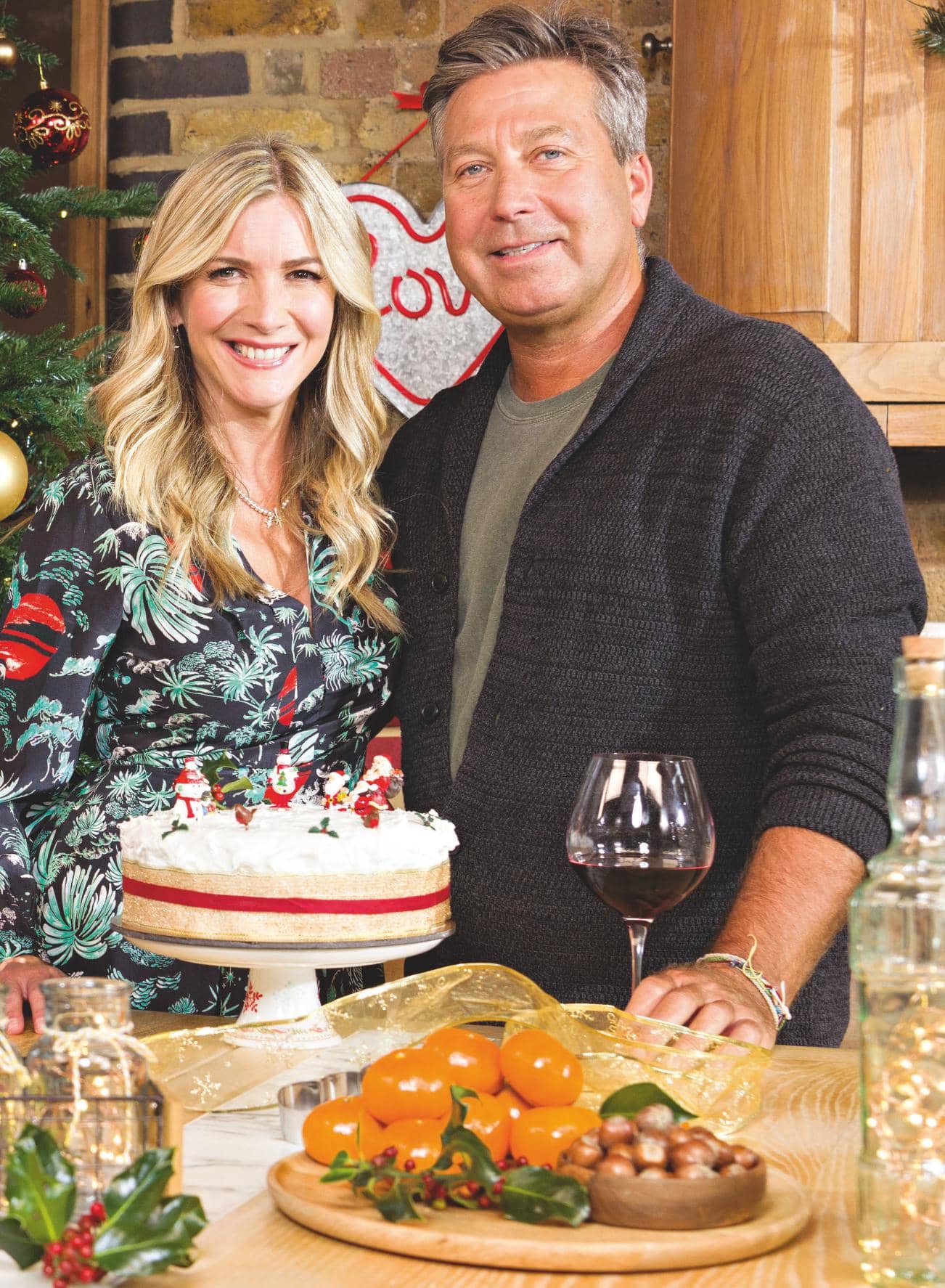 Lisa Faulkner has always been crazy for Christmas, but now the home cook, actor and presenter has even more reason to love it.

‘John asked me to marry him on Christmas Day last year,’ she beams. ‘So that’s going to make Christmas extra special from now on.’

‘I’m feeling quite clever about that,’ grins TV chef John Torode. ‘Lisa had never looked at rings but she saw one in a jeweller’s in October last year and really liked it. I fudged it and as we left I could see the disappointment on her face, so secretly I went back to buy it. Then I seized the opportunity on Christmas Day.’

Aw. It’s certainly been an eventful 12 months for the popular couple, who began dating seven years ago, having met on Celebrity MasterChef in 2010, which Lisa won.

‘We’ve packed so much in!’ says Lisa, 47. ‘John proposed, we married in October and in between we were given our own cookery show, filmed three series and are now here talking about our Christmas shows – it’s just bonkers! But so lovely.’

‘I feel very thankful for what we’ve got,’ adds John, 54. ‘We have an amazing relationship that’s full of love for us and our families, and when that radiates around you, things happen.’

The third series of their feelgood hit, ITV’s John and Lisa’s Weekend Kitchen, is currently brightening up our Sunday mornings. This week, they focus on ‘Winter Warmers’, then they’re serving five Christmas and New Year-themed episodes.