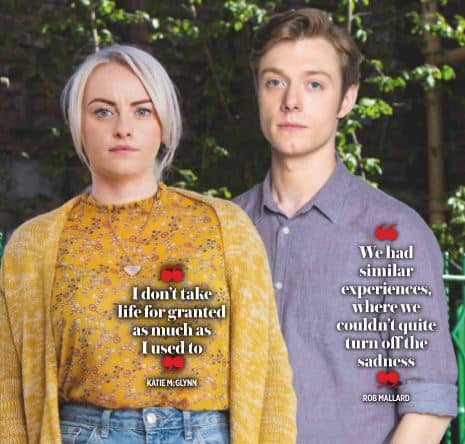 As Sinead and Daniel prepare for her tragic passing, stars Katie McGlynn and Rob Mallard talk about their emotional journeys, on and off-screen

Life can be cruel, as Corrie newlyweds and young parents Sinead and Daniel well know.

After recently discovering her cervical cancer was terminal, they received another bitter blow when doctors revealed Sinead had just weeks, rather than months, to live.

This week, it’s clear that Sinead’s condition is rapidly deteriorating. But while the couple now needs one another more than ever, tensions set in that threaten to destroy their final, precious days together. Here, stars Katie McGlynn, 26, and Rob Mallard, 27, reveal more… 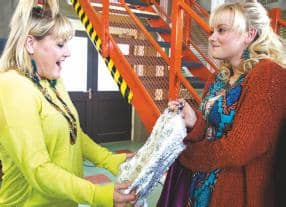 How is Sinead’s prognosis shaping her and Daniel’s lives?

Rob: They’re living day to day, and working on the sickness’ schedule. And there’s still a sticking point about where Sinead is going to die. She has talked about going into a hospice, but Daniel has promised to love her in sickness and in health, so ‘outsourcing’ her care just isn’t something he would consider.

Katie: Sinead is panicking about getting everything in place for her loved ones, rather than thinking of herself. Deep down, I believe she wants to pass away at home, but she thinks that a hospice will take the pressure off Daniel.

Sinead’s frailty becomes more evident this week. How do the couple deal with that?