Saturday Night At The Movies! 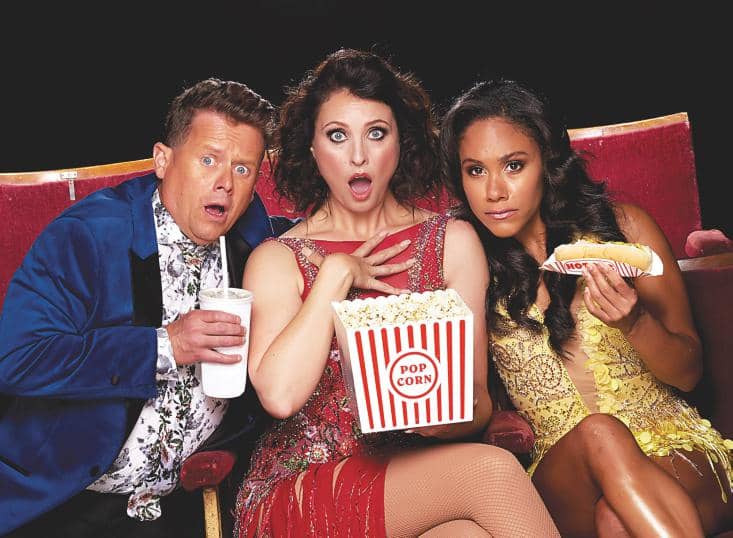 Strictly stars Mike Bushell, Alex Scott and Emma Barton join TV Times for an exclusive interview and shoot ahead of this weekend’s shows with a cinema theme.

Are you excited about Movies Week?

Yes, because Katya is known for the story she creates around a dance. So in Movies Week she’ll go to town. And acting takes away from my dancing!

What will you be recreating?

Katya has hinted that it’ll be Magic Mike [the 2012 film about male strippers] and It’s Raining Men as a cha-cha. Weirdly, for my 50th, I had an animal-themed party, but a friend changed it to Magic Mike, so half turned up as animals and half as Magic Mike lookalikes!

Is there a worry you might not be wearing many clothes?!

That could be a challenge!

Do you have any favourite dances from previous Movies Weeks?

Yes, when Stacey Dooley and Kevin Clifton dressed as Minions from the film Despicable Me last year, and the Matrix-themed routine Katya did with Seann Walsh was incredible.

Do you love the movies?

I do. At school I was obsessed with Monty Python and the Holy Grail and Life of Brian and knew the scripts off by heart.

Which Strictly judge would you take to the cinema for a fun night out?