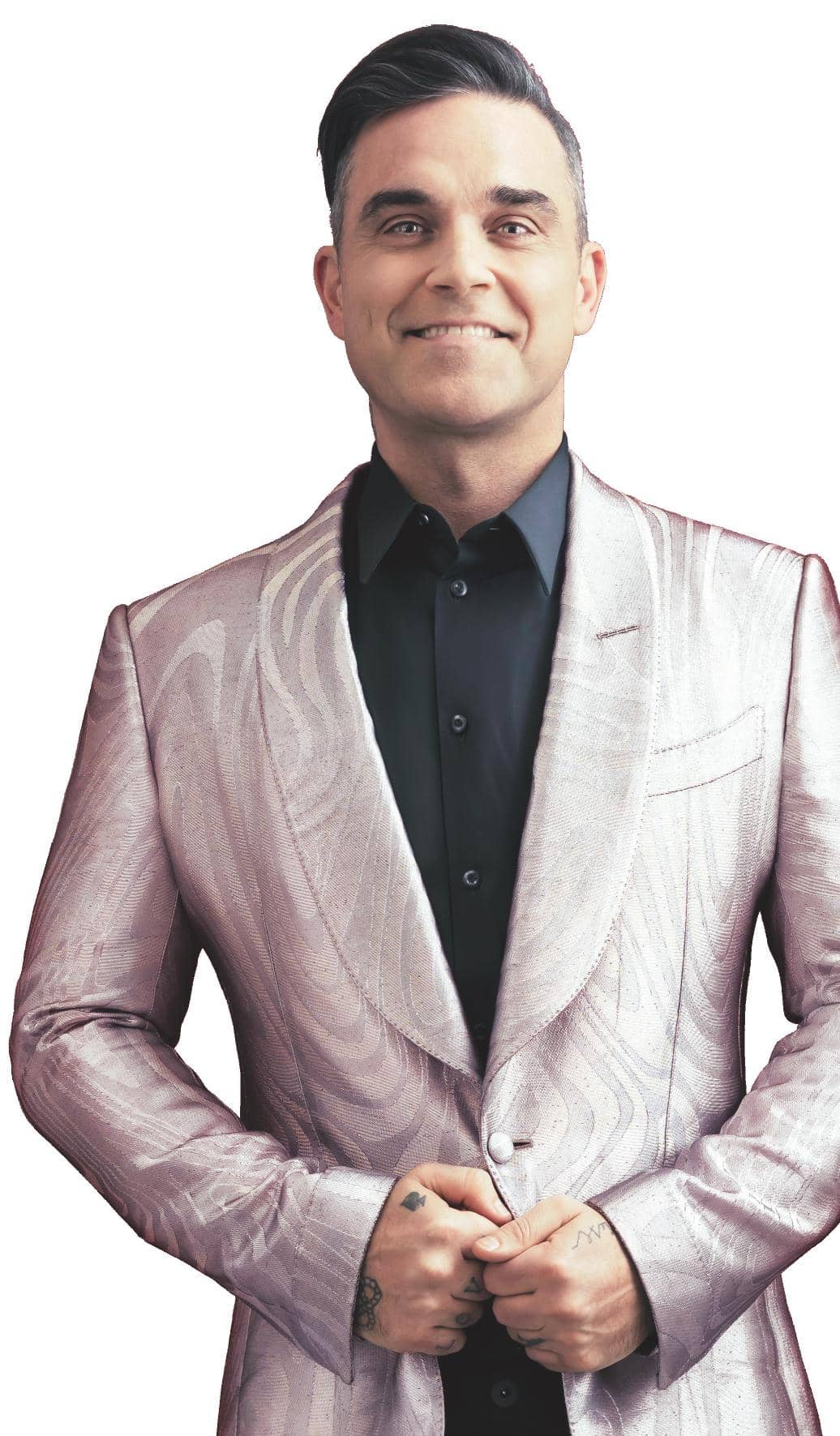 Robbie Williams is one of the bestselling British solo artists of all time with 75 million records sold worldwide, 12 No.1 albums in the UK, and an unrivalled 18 BRIT awards.

This week, Robbie will be enjoying another high point in a career he began 29 years ago, aged just 16, as the youngest member of Take That.

‘I’m so excited to be working with ITV on this very special programme,’ says Robbie, 45, who this time last year was a judge on The X Factor alongside his wife, actor Ayda Field, mum to their three children – Teddy, seven, Charlie, five, and oneyear-old Coco.

‘I’ll be bringing new songs from my Christmas album, The Christmas Present, as well as the classic hits, to this iconic venue.’