‘I've Had My Best Year 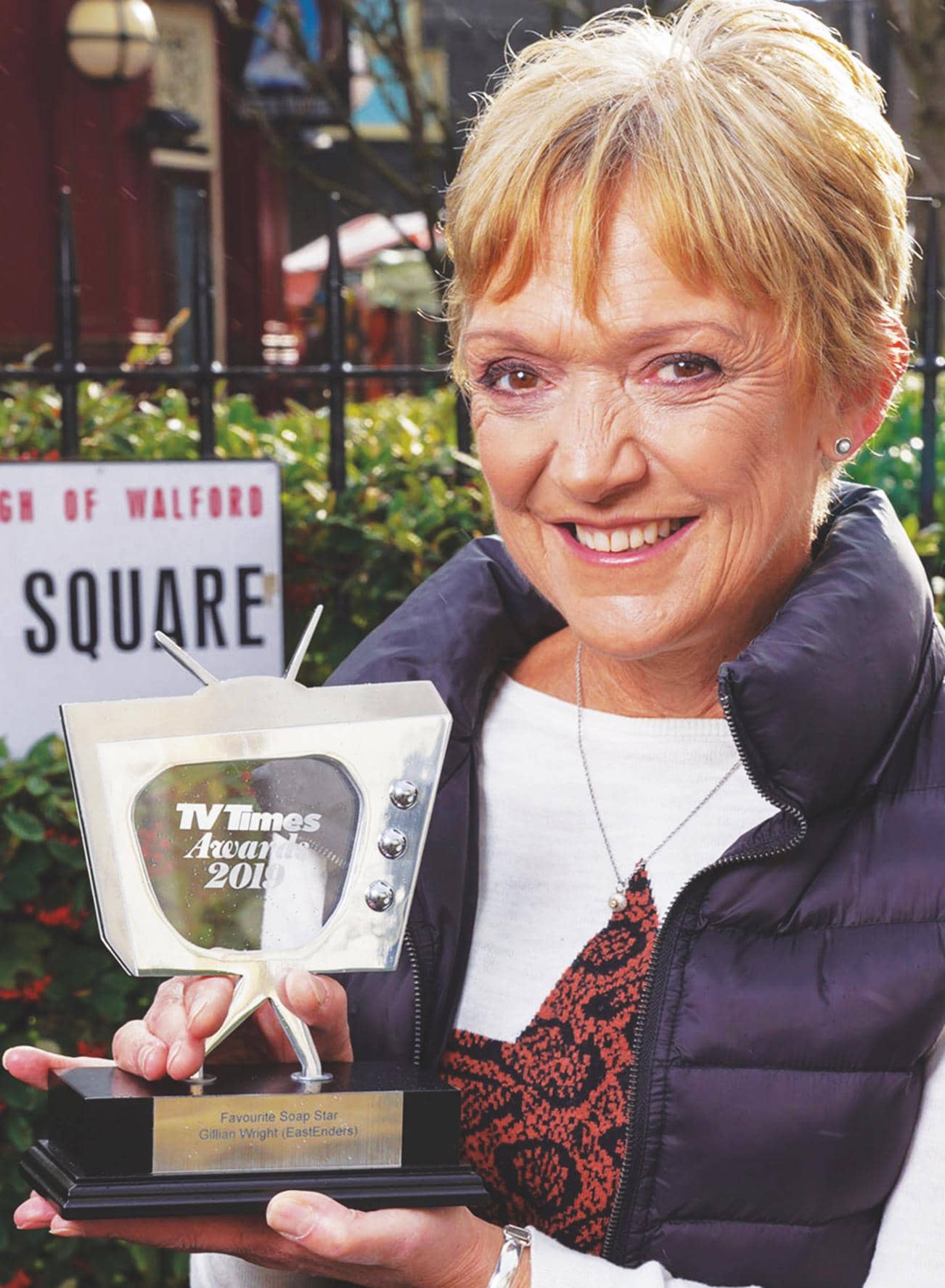 Back in the Autumn, we asked you to cast your votes for the annual TV Times Awards – and boy, did you deliver! Over 59,000 of you leapt into action, and the full list of winners will be revealed next week.

As we prepare for the grand unveiling, we couldn’t resist giving you a sneak preview of one very worthy winner. We’re thrilled to announce that you have chosen Gillian Wright as your favourite soap star, whose performance as EastEnders’ struggling mum and cancer patient Jean Slater has provided some of the most touching moments in soapland this year.

‘I’m over the moon!’ Gillian gushes, as we catch up with her during a break in filming to discuss her big win. ‘This year definitely feels a bit special. I feel like I’ve had my best year ever on the show, with lots of lovely adventures.’

It’s not bad going for someone who was originally signed up to appear in just one episode of the BBC soap in 2004. But Gillian’s joy is, she admits, a far cry from her reaction last year when she was first told by show boss Kate Oates about the plan to have Jean diagnosed with stage three ovarian cancer.