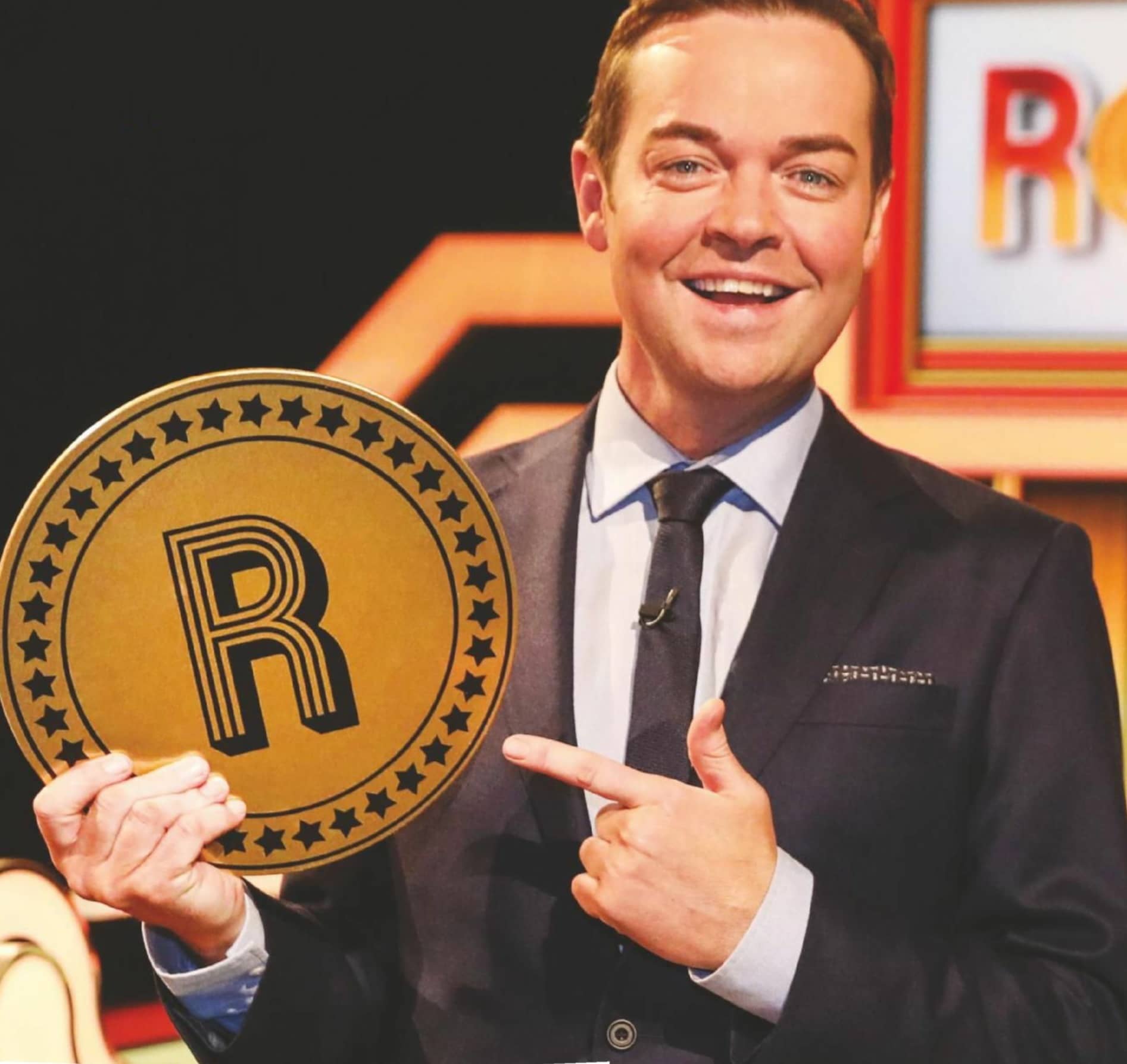 Stephen Mulhern seems to have a thing for coin-based game shows! Already the host of ITV’s prime-time hit In for a Penny, where all players need is, er, a penny for a chance to win £1,000, now he’s fronting brand-new series Rolling in It, which involves giant coins and a moving conveyor belt!

From the makers of Saturday Night Takeaway and The Chase, every episode sees three members of the public each paired with a celebrity and they must roll coins towards slots worth varying amounts of money. But if the coin goes down the dreaded ‘Bankrupt’ slots, they could lose everything.

In this week’s opener, Coronation Street stars Antony Cotton, Jennie McAlpine and Sair Khan will be trying their hardest to help their partners win the jackpot.

First In for a Penny, now this…You love a coin-based game, don’t you?! 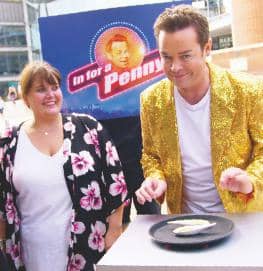 Tell us about the format of Rolling in It…

Three members of the public each team up with three celebrities, who’ll help them win as much money as they can. It’s all based on the classic Roll a Win arcade game, where you roll a 2p coin down a lane – and if the coin lands between the lines of a sum of money, you win that money.