Faith In The Future.. 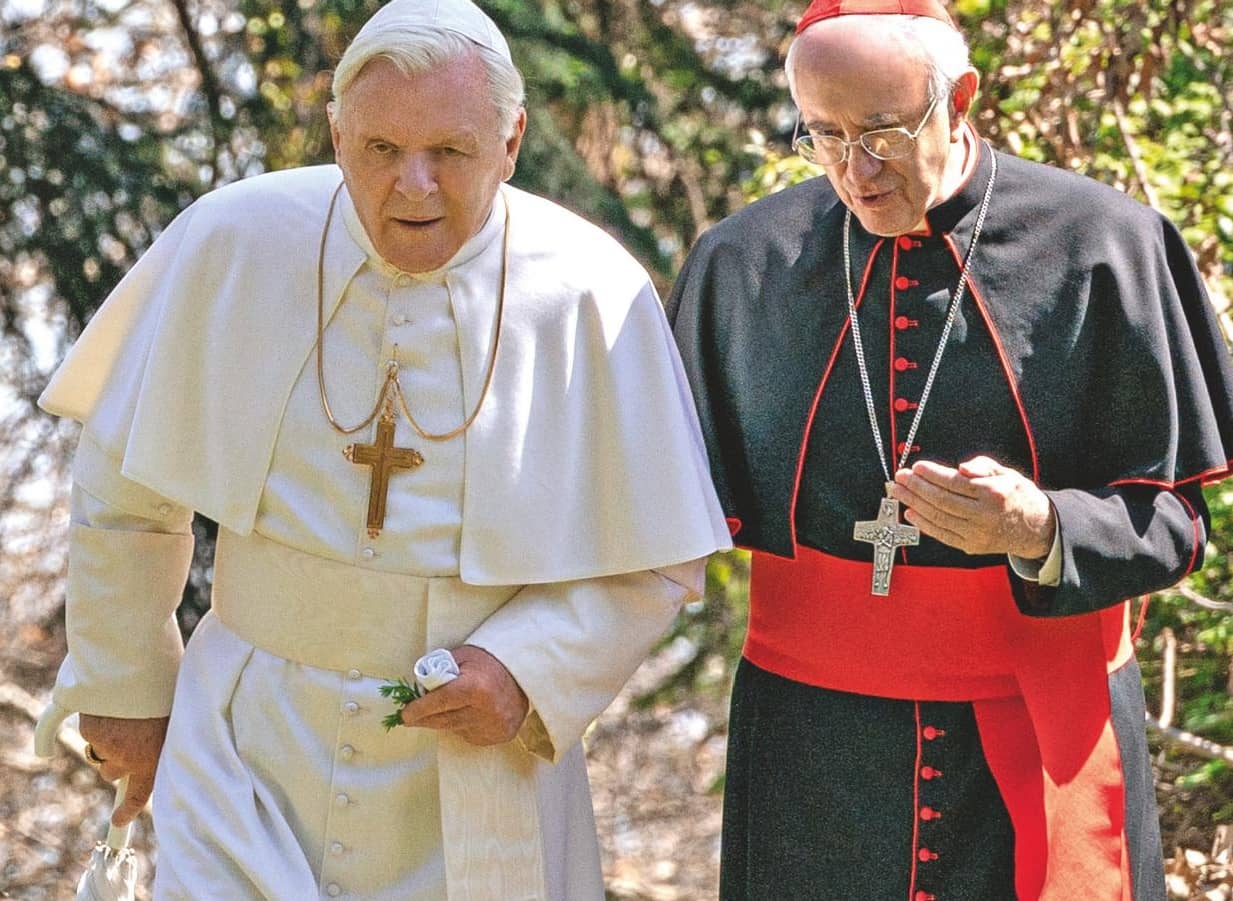 The intrigue behind the scenes at the Vatican that led to the 2013 resignation of Pope Benedict XVI and the succession of Pope Francis are imagined in Netflix’s compelling new drama The Two Popes, starring legendary Welsh actors Sir Anthony Hopkins and Jonathan Pryce.

In 2012, the reformist Francis, then-Cardinal Jorge Bergoglio (played by Jonathan), is frustrated by the resistance to progress within the Catholic Church and desperate to retire. However, traditionalist Pope Benedict (Sir Anthony) ignores his request, until he suddenly summons Bergoglio from Argentina to Italy.

The drama explores how tensions mount over their opposing views on the future of the Church before Benedict shockingly confesses he is resigning and wants Bergoglio to replace him.

Here, Sir Anthony, 81, and Jonathan, 72, reveal how they prepared for their papal roles…

How would you describe the drama?