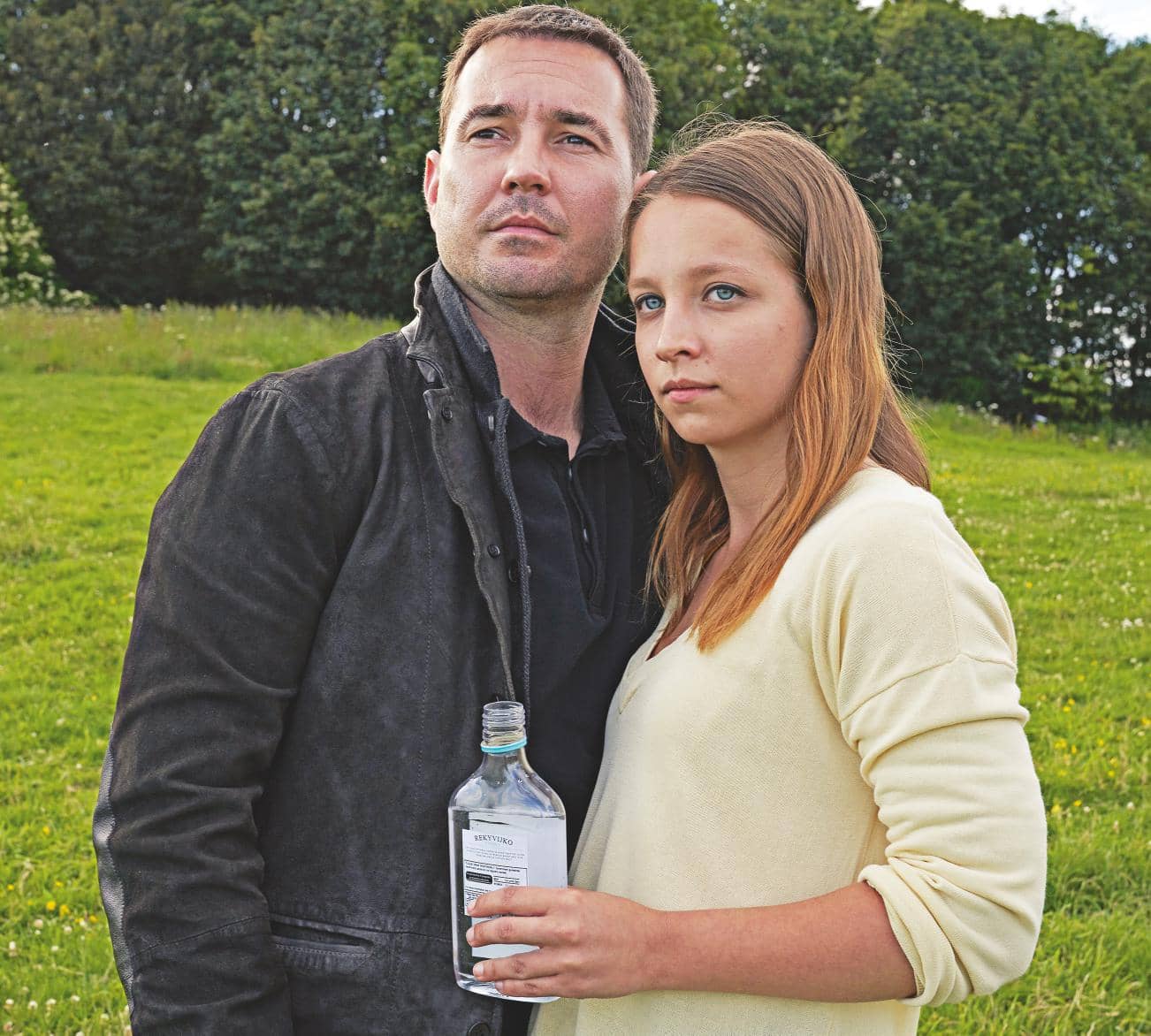 The tiny but telltale clues that can be left at a crime scene are at the heart of Alibi’s new forensics drama Traces.

Set in Scotland, the story sees Molly play lab technician Emma, who returns to Dundee to work at the Scottish Institute of Forensic Science and Anatomy.

She soon reconnects with her father Drew (Gregory’s Girl star John Gordon Sinclair) and, after stumbling across new information about the unsolved murder of her mother years earlier, starts her own investigation.

Martin is Daniel, a builder who is under suspicion for his possible culpability in a nightclub fire that killed three people.

He meets and falls for Emma, unaware that her boss Professor Sarah Gordon (The Missing’s Laura Fraser) is a chemical forensics expert who is helping police find the cause of the fire.