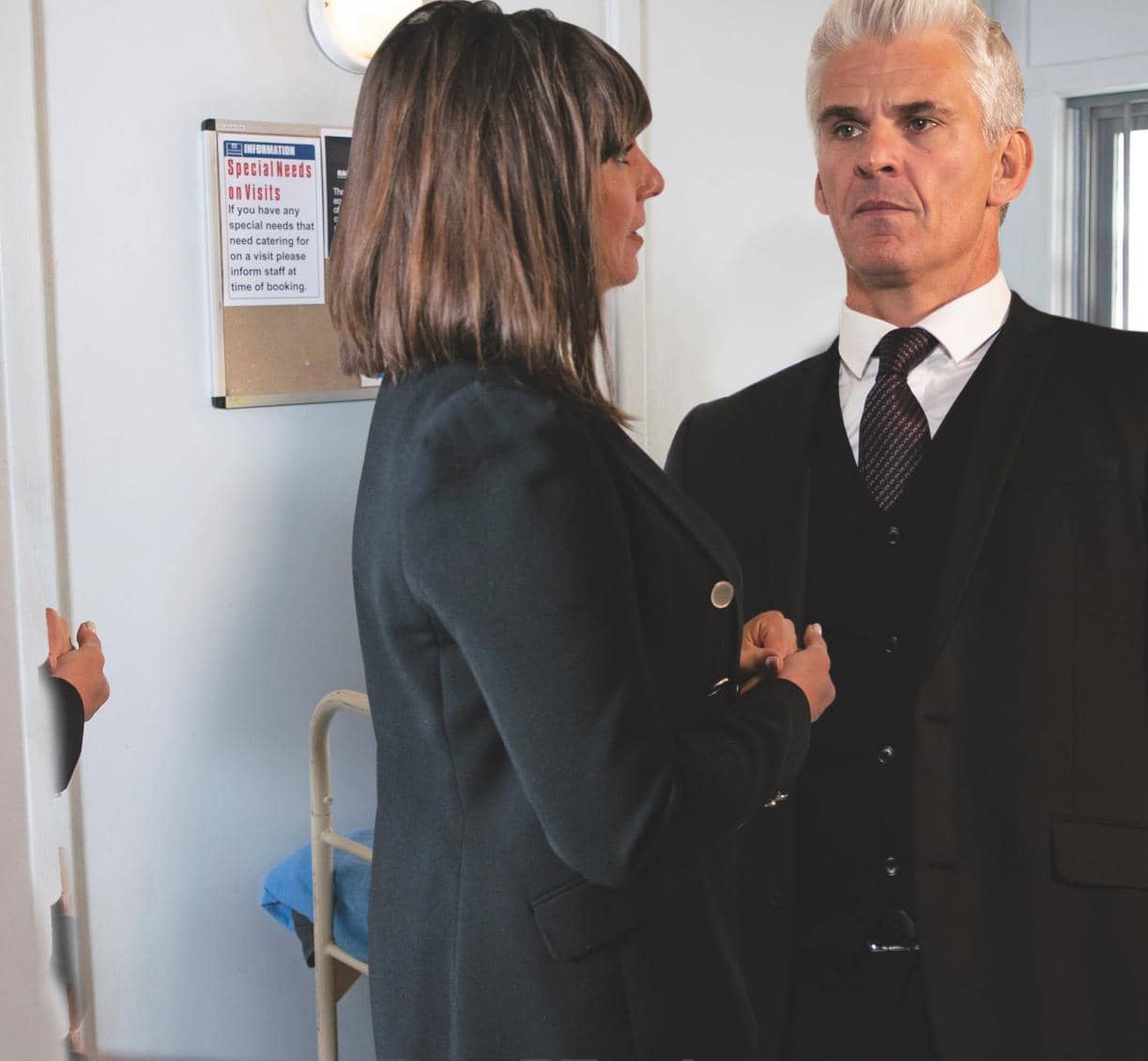 With Vicky still AWOL, the pressure mounts on Robert…

Having already lost the woman of his dreams and his beloved business, it looks like Robert could lose his freedom this week, as the duplicitous double life he led with baby mother Vicky and fiancée Michelle leads to him facing a possible murder charge.

It’s all down to Vicky’s mysterious disappearance. The police have evidence of a violent incident at her house involving a vase; fragments of which have been found in Robert’s van. Returning from the nick, Robert tells solicitor Paula that the police think he murdered Vicky and dumped her body in the woods, as his vehicle’s satnav places him at the scene.