Michael Portillo on trains, the transition from politician to presenter, and colourful trousers!

This time clutching a strikingly modern edition of his Bradshaw’s Continental Railway Guide, dated 1936, he’s exploring the histories of European countries during this decade including Germany, France, Italy and Spain.

As well as finding out more about the spread of fascism and Nazism during the 1930s, he’s also looking into the technology and art of the time, and, as usual, throwing himself into some unusual pastimes along the way.

Ahead of this week’s third episode, TV Times caught up with the famously dapper Michael, 67, to talk about his love of Spain, the transition from politician to presenter, and getting the most out of his senior railcard… 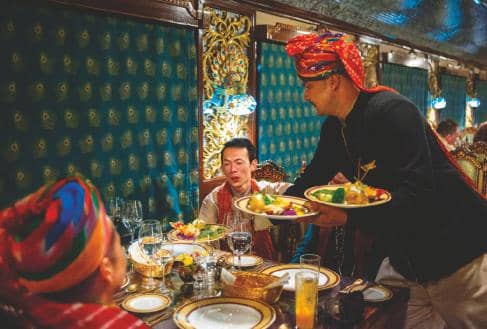 As a former history student, do you enjoy the historical aspect of this series?

Yes! It was my favourite subject at school, and I read history at Cambridge. The occasional person has said, ‘I don’t watch your programme because I’m not interested in railways.’ But it’s really about history, and the railways I travel on are vehicles – metaphorically and physically – for us to travel through it.