A hero of our time 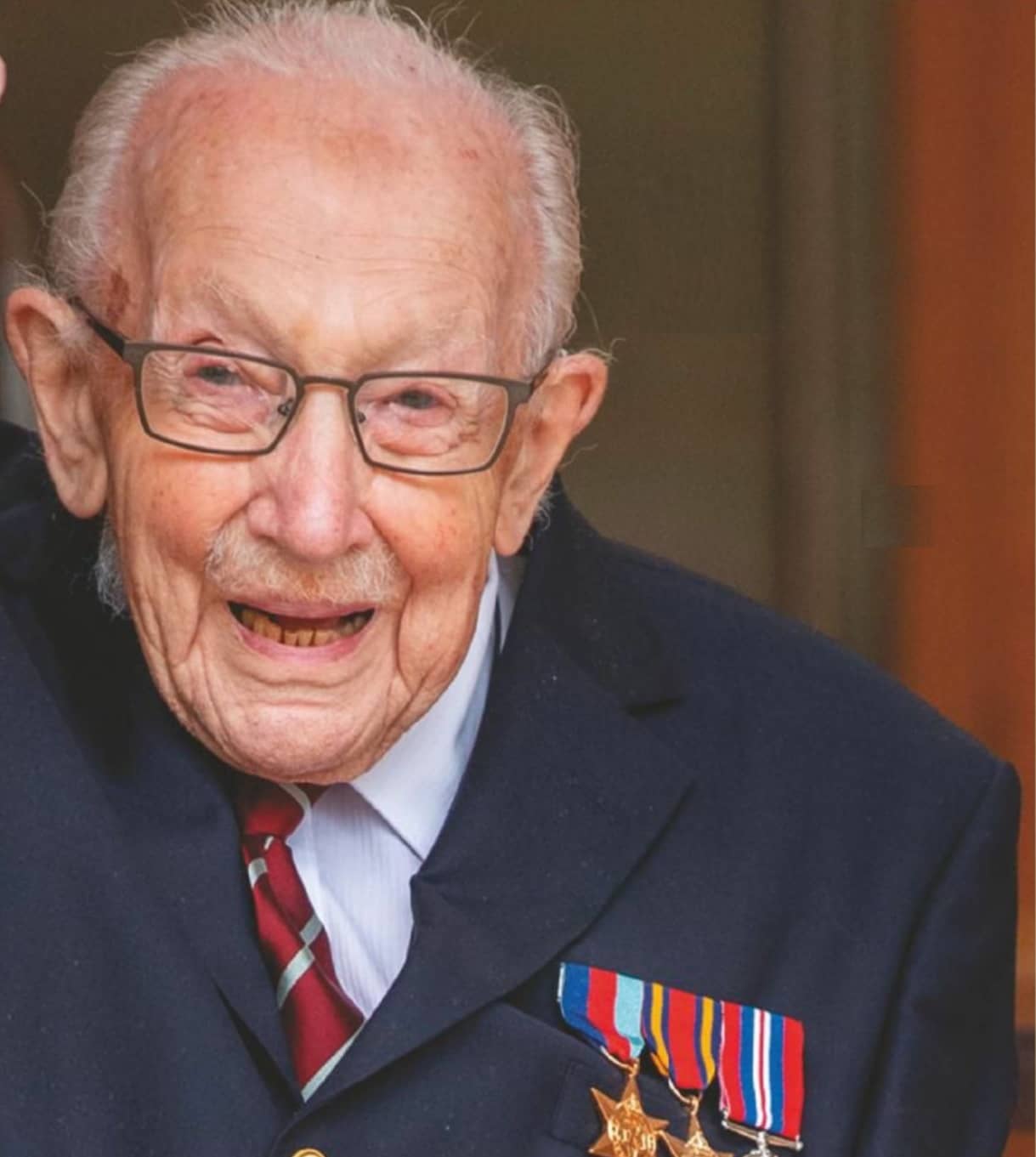 Captain Sir Tom Moore, 100, on how his inspirational fundraising efforts have made him a national treasure

A mid the chaos, fear and heartache caused by the coronavirus pandemic, one man has provided a much-needed ray of sunshine...

Captain Sir Tom Moore captured the hearts of the nation when, on 6 April, with his 100th birthday approaching at the end of the month, he decided to walk 100 laps of his 25-meter-long garden in Bedfordshire to raise £1,000 for NHS Charities Together.

To the World War Two veteran’s surprise, his inspirational mission and his uplifting mantra of ‘Tomorrow will be a good day’ struck a chord across the world and he has raised almost £40million.

Since then, he has become the oldest person to score a No.1 single in the UK charts with a cover of You’ll Never Walk Alone with musical star Michael Ball, an autobiography is on its way, and there are rumours of a film about his life.

He’s also received a special Pride of Britain Award and been made the first honorary colonel of the Army Foundation College. However, the icing on the cake was being nominated for a knighthood by Prime Minister Boris Johnson, which he received from the Queen at an open-air ceremony at Windsor Castle last month.

This week, ITV is celebrating all his achievements with a brand new documentary, The Life & Times of Captain Sir Tom.

Here, Captain Sir Tom, tells us why he’s delighted to have helped our NHS heroes...

Very happy. My grandfather – the original Tom Moore – couldn’t read or write but set up a building company in Keighley and progressed well. My mother was a headmistress and I couldn’t have had a nicer father, who was a builder. I wasn’t bought teddy bears, I was bought things that were useful. My father would bring me wood, nails and a hammer. And I bought my daughters [Lucy and Hannah] a set of tools for their birthdays, too! They were brought up to be practical.